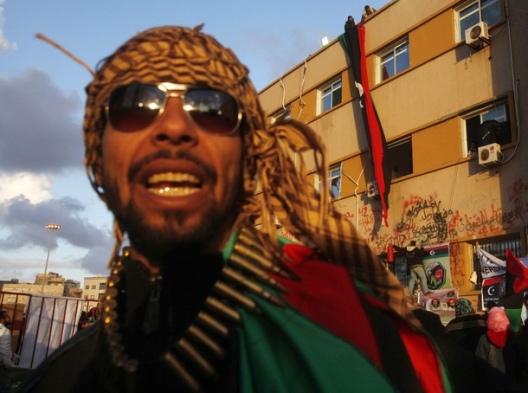 The wave of violence and instability that has gripped Libya over the last few months continues to undermine political progress and threatens to derail economic developments. The elected transitional government overwhelmed by the magnitude of tasks necessary to undertake in a post-conflict, post-revolutionary context, has yet to lay out any economic policies or a plan for growth. Like in so many other transitions, politics and security have trampled economic concerns. But developing an economic plan should be done in parallel with building up the state institutions; improvement in one area will support improvement in the other. A dual-track approach of long and short-term measures is necessary to tackle major structural problems. If Libya wants to make sustainable gains in its transition, then addressing youth unemployment should be made a key priority in resolving Libya’s fragile situation.

As documented in a new Issue Brief from the Atlantic Council’s Rafik Hariri Center titled The Libyan Economy after the Revolution: Still No Clear Vision, the Libyan economy went into a freefall in 2011 as the popular uprising devolved into a civil war. Real GDP recovered in 2012, growing over 100 percent after falling by 62 percent. The remarkable turnaround is primarily attributed to the recovery of oil production. This year, however, between targeted assassinations, sabotages of oil pipelines, and armed labor strikes, there is renewed concern that the Libyan economy will be unable to grow. Frequent and prolonged port closures have reduced oil exports to a low level of 250,000 barrels per day (bpd), a far cry from the 1.6 million bpd produced in 2010.

Diversifying the economy is the primary way for the government to reduce its reliance on oil revenues and to generate employment opportunities, especially for the youth. In 2010, the official unemployment rate was 13.5 percent, with youth unemployment estimated at about 30 percent. Today, the figures are much higher, hovering closer to 60 percent for youth unemployment. The government cannot afford to continue to be the main public sector employer with 85 percent of total labor force on its pay role.

Improving youth employment will help tackle Libya’s economic, security, and political issues and should be a key priority. As long as hydrocarbons continue to finance the government’s expenditures, there is no real incentive to diversify away from an oil-dependent economy. Authorities have thus far been unable, and to a certain extent unwilling, to lay out a blueprint for structural economic reform that would lift Libya’s economy beyond that of a normalized oil-producing nation plagued by symptoms of the Dutch Disease. Libya’s bureaucracies remain overgrown and underworked, a legacy of the Qaddafi era, which has forced a significant portion of the legally employed to seek employment in other places. The oil sector does not employ as many people as its role in the Libyan economy may indicate pushing many into the informal economy. With a diverse economy, Libyans will have more opportunities for employment, limiting brain drain and ensuring a mutually beneficial relationship whereby the country invests in people’s economic well-being by providing jobs and offering skills to invest in the further progress of their country.

Providing job opportunities will also have a significant impact on the country’s security crisis. Many of the young men who took up arms against Qaddafi now refuse to relinquish their guns, hanging onto them as badges of honor for their service to their country. But there is also a more practical reason that many of them remain affiliated with militias: they have no career alternatives. Just this month, the interior ministry called on members of the Supreme Security Committee to apply for civilian work, with little success as the public sector is overburdened with underperforming employees. At the same time, in the absence of a national army, the government continues to pay disparate militias salaries in an effort to co-opt them into a national security apparatus. Many of these groups, however, are either not working, are responsible for the armed labor strikes, or are competing over oil field security contracts. If authorities can implement a long-term strategy to diversify the economy, it will attract to and absorb into the workforce many of the youth who have turned to carrying guns and collecting paychecks for lack of better options. This in turn will help reduce the security challenges the country faces and will allow youth to give up guns for jobs.

Finally, improving employment will also help the political crisis. Given the inactivity that has characterized the Libyan government since elections more than a year ago to form the General National Congress, authorities have to take steps that will restore the credibility of state institutions among a disenchanted and frustrated Libyan populace. They unquestionably face obstacles to overcome their paralysis, such as bureaucratic hurdles and a lack of skilled employees. With technical assistance from the international community to fulfill the Libyan government’s know-how gap in the short term, authorities can implement the economic regulations already on the books to address the country’s underlying economic challenges. Demonstrating that it is taking steps to improve the lives of its citizens will go a long way in winning back the people’s confidence and gaining ground ceded to no shortage of centrifugal forces seeking to undermine the state.

Addressing the high rate of unemployment will not happen overnight. Libya will have to undertake a short-term strategy so as to sustain the people’s patience, already wearing thin. In this regard, the recently initiated national dialogue, announced by Prime Minister Ali Zidan, is a promising step forward. Not only is it a much-anticipated show of leadership by the government, but by inviting to the table all cross-sections of Libyan society to air grievances and share their perspectives on how the country should move forward, the disparate networks of civil society organizations, political factions, and armed groups will be united around a common goal: working toward a vision of Libya based on consensus. If Libyans, particularly the marginalized and unemployed youth, feel that their government is listening and that they have a stake in the process, they will want to remain in the fold and will be more likely to practice patience as their government undertakes the monumental task of restructuring and rebuilding the nascent democracy’s economy.

Lara Talverdian is a assistant director for research for the Atlantic Council’s Rafik Hariri Center with a focus on North Africa.

Image: A rebel stands guard as another places a Kingdom of Libya flag at a state security building during a protest against Muammar Gaddafi in Benghazi March 8, 2011. (Photo: Flickr/BRQ Network/CC license)