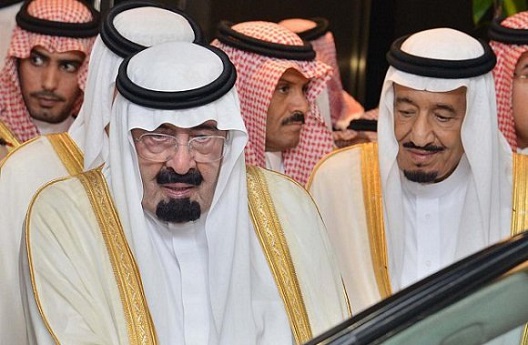 As the moment has arrived to mourn the passing of King Abdullah bin Abdulaziz Al Saud of Saudi Arabia, my own experience with Saudis leads me to believe that the king’s greatest legacy to his own people—and to Saudi-US relations—will prove to be his pioneering of higher education initiatives. In just the decade of his reign, the remarkable results from his namesake King Abdullah Scholarship Program and the King Abdullah University of Science & Technology have set the stage for accelerating social and political change in the notoriously conservative kingdom. This approach is certainly the best prophylaxis against extremism and violence in the name of religion.

King Abdullah demonstrated his commitment to modernization through higher education early in his reign. He began the King Abdullah Scholarship Program in 2005, the same year he ascended to the throne. The program offers a full-tuition scholarship abroad, complete with a living stipend and healthcare. The program began modestly in the United States with approximately 6,000 participants, but has grown exponentially. More than 100,000 Saudis now study in the United States. Just as important, the program makes international education affordable and accessible to Saudi youth who might otherwise never leave the Kingdom. Many Saudis studying in the United States are from middle class families with four or more children and do not have the resources to pay for education abroad.

What is most innovative about the King Abdullah Scholarship Program is that it gives Saudis access to a radically different culture, education style, and world of ideas. Not every Saudi who studies abroad will grow to respect and appreciate the host country’s values and principles, but at the very least we can expect that more Saudis will have a nuanced understanding of Western culture and may even challenge some of the stereotypes and conspiracy theories peddled in the Middle East about the West.

The King Abdullah Scholarship Program gives Saudis and Americans the chance to meet each other and form friendships. It is not an exaggeration to say that this would not be possible otherwise, given the geographic, language, and cultural divides. King Abdullah, by envisioning the scholarship program and bringing it to fruition, gave the United States a real gift. I say this because my own life changed because of my friendships with Saudi students. They patiently helped me study and learn Arabic, they engaged in open and honest debates about women’s rights and religion, and they have humbled me with their generosity. My own case is one small example of this phenomenon, but I have seen anecdotal evidence of many other such cases. As Sameera al-Qahtani, a young Saudi studying in the United States, put it, “King Abdullah changed my life. Before, it was not easy to study abroad, especially for women. He insisted on what he believed and he made a big difference in education … He chose to invest in developing the minds of the youth.”

As for the King Abdullah University of Science and Technology (KAUST), it is revolutionary in its own right for Saudi Arabia. Opened near Jeddah in 2009, it was the first co-ed university in the Kingdom. KAUST’s co-ed status is evidence that King Abdullah was more progressive than he was often given credit for. Rather than safely maintaining the status quo, he consistently championed pro-women moves, even if they were piecemeal and pitifully inadequate in the eyes of some. Several years after its inauguration, KAUST is changing the higher education map for the Kingdom while also helping Saudis cultivate vital international partnerships.

King Abdullah understood that education reform is one of the best ways to modernize a country and simultaneously partner with the international community to exchange ideas, work towards common goals, and combat counterproductive negative stereotypes. King Abdullah’s successor, King Salman bin Abdulaziz Al Saud, inherits a legacy of tremendous reform in the higher education realm. I hope that King Salman will appreciate the links between education and positive change and likewise have the courage to go against the conservative tide and promote new programs that follow in the footsteps of King Abdullah’s visionary namesake scholarship program and university.

May God grant Abdullah bin Abdulaziz Al Saud mercy, and may he live on in the hearts of those whose lives he has transformed through education.

Stefanie Hausheer is an Assistant Director for Programs at the Atlantic Council’s Rafik Hariri Center for the Middle East.