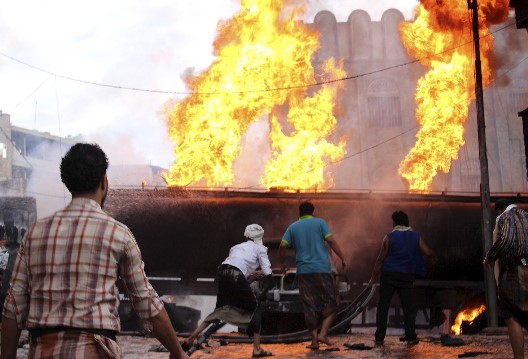 The Lebanese governance system, known as the National Pact of 1943, consists of a power-sharing formula based on a sectarian quota system, an agreement to forgo regional affiliations in favor of a Lebanon-first policy, and a pledge to seek consensus on any decision of national import. Given their divisions and regional preferences at the time, the Lebanese agreed to put aside their conflicting desires for joining rival regional unions externally and to share power internally and not seek the dominance of one group over the entire country. In spite of the drawbacks of a consociational system, this arrangement might be one of the last remaining options for Yemen.

Lebanon—“the precarious republic”—has held together against what many analysts consider great odds in light of its turbulent history and the continued tensions between rival power blocs. Despite the derogatory usage of the term Lebanonization to describe the disintegration of post-war Iraq and the fracturing of other countries in the region, the Lebanese formula may offer some hope in the dire circumstances in which several Arab countries find themselves today. In recovering from conflict and surviving frequent regional interventions, armed and otherwise, Lebanon may have a few lessons to offer Yemen, a country seemingly hurtling towards a fate as bad as that which befell the Lebanese from 1975 and which continues in one form or another to the present time.

After two months of fighting, neither Saudi Arabia’s attempt to defeat the Houthis from the air nor the Houthi strategy of defeating all other parties in Yemen on the ground has worked. A maximum gains strategy on the Saudi side, one supported by UNSCR 2016, would have the Houthis surrender their heavy weapons, leave the cities they have hitherto occupied—including Sana’a—and go to the negotiation table, preferably in Riyadh. On the Houthi side, a maximum gains strategy would have them continue the war on the ground until they dominate the bulk of Yemeni territory and force the international community to recognize a new status quo in Yemen. Neither goal is attainable. Something will have to give for Yemen to survive. After two years of UN mediation and a yearlong UN-sponsored National Dialogue Conference, it is equally clear that the agreement hammered out between the 550 delegates is not something that satisfies all sides to the conflict. A new formula is needed.

Since neither side has any reasonable hope of gaining its goals through military means, continuing the war is completely irrational. Therefore:

Representation: Politically and geographically, Yemen can be divided into north, south, and central regions: Saada, Sana’a, and Aden. One can further expand this to six sub-regions, to include Hadramawt, Tehama (Hodeida) and Janad (Ibb and Ta’iz). A federal system could fairly represent the country along the basis of six grand regions, allocating executive, legislative, and budgetary positions and resources evenly between the six.

Foreign Policy: To be fair to all Yemenis and to allay the fears of both Iran and Saudi Arabia, an agreement along the lines of the Lebanese National Pact could be signed with each protagonist in Yemen, pledging not to seek total integration with its favored regional power but to follow instead a Yemen-first policy. Yemeni independence should take precedence in all cases.

Consensus: In order to allay the fears of the various Yemeni political factions and regions, it should be agreed upon that any policy, be it initiated by the executive or legislative branches of government, that touches on major internal or foreign policy considerations should be agreed to by consensus.

Admittedly, the use of quota systems and decision by consensus are not entirely democratic or efficient, given that it prejudices against the rise of new political forces representing the secular liberal youth such as the ones who started the 2011 uprising. Consensus, as evident in the Lebanese case, can also lead to political paralysis—Lebanon has not had a president in over a year due to the lack of consensus over candidates.

Nevertheless, Yemen has only taken its first steps toward democracy and leap-frogging to a democratic end state is simply not feasible under the current circumstances. The immediate goal should be to stop the bloodshed and to keep the country from falling apart. A Lebanon model, as discussed above, could keep the peace and provide the needed guarantees to keep north and south Yemen from splintering. Given that regional politics will dangerously intrude on the process, it should be possible, once national unity is prioritized, to fend off foreign influence, while inviting all to contribute to Yemen’s economic development.

A consociational system is not ideal for Yemen. It is, nonetheless, a needed first step towards healing the rifts created by a corrupt and abusive central government, at least since Yemen’s unification in 1990. For now, a winner-take-all democracy would not work. The rights of minority political factions and regions need to be guaranteed in order to give them a vested interest in a united Yemen. A full participatory democracy, which is what the youth of 2011 demanded, should still be the goal but it might take years before the various regions and tribes regain trust in one another and in the country’s central government. The leaders of the warring factions in Yemen are not Jeffersonian democrats, but this is not a precondition for the development of democracy; a stable balance of power within a new social contract between them is.

Dr. Nabeel Khoury is a Nonresident Senior Fellow with the Atlantic Council’s Rafik Hariri Center for the Middle East and a Visiting Associate Professor for the Program on Middle East and North African Studies at Northwestern University. Follow him on Twitter @khoury_nabeel

Image: People try to put out a burning fuel truck after it was set ablaze during clashes between Houthis and fighters of the Popular Resistance Committees in Yemen's southwestern city of Taiz May 25, 2015. (Reuters)