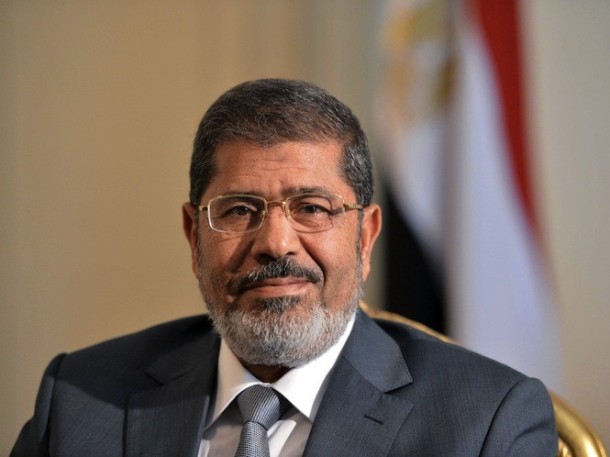 The thirty-two days between the 22nd of November and the 24th of December 2012 were unlike any in Egypt’s history. They began with President Mohamed Morsi’s “constitutional” declaration issued on the 21st of November and ended with the announcement of the official results of the referendum on the new constitution. These 32 days were punctuated by several important events that have had a significant impact on Egypt’s present, and will have on its future.

Large-scale demonstrations took place, exposing a new degree of division on the Egyptian street; several people were killed and thousands injured; Egypt witnessed acts of violence and disregard for the law, including the burning of the Freedom and Justice Party headquarters and protesters surrounding the Supreme Constitutional Court; the December 8th constitutional declaration to address the crisis that the November declaration caused; the suspension of the courts and syndicates, including the Egyptian Court of Cassation for the first time in the high court’s history; and, finally, the referendum on the draft constitution and its ratification. We can draw several important lessons from this period of crises, which contained the most important points in Egypt’s exceptional post-revolution history:

First: The November 21st declaration sparked and intensified the crisis, but it was not the only factor. In reality, politics in Egypt has become greatly polarized, and while this was true before, the constitutional crisis exposed the extent of this polarization. Egyptians have come to accept or reject any given event, position, or decision, not on its own merits or impact on public interest, but rather on the basis of who issued it – be that an individual, a party, or an organization. The vote on the draft constitution is the best illustration of this, as its acceptance or rejection was based not on the constitution itself, its content and guarantees, but on who had produced it. This is a clear threat to the future of the Egyptian state and society, for nations cannot be built on the biases of individuals.

Second: The resounding rejection of the November 21st declaration, the decision that brought this crisis to a head, was not an artificial rejection mounted by unpatriotic conspirators. It was, rather, the legitimate rejection of a move that was not, in the view of the opposition, in the best interest of the country.. The August 11 constitutional declaration, in comparison, was very well received. It was issued by President Morsi to officially end the first post-revolution transitional period and to remove the Supreme Council of the Armed Forces (SCAF) from any role in politics, secure legislative authority and officially end military rule in Egypt. When it was presented, the August 11 declaration was accepted with wide political and popular assent and not a single real protest emerged at the time. This all stands in stark contrast to the reaction provoked by the November declaration.

Third: The crisis has revealed that Egypt lacks the most essential building block for any political or societal endeavor: dialogue. By this, I mean real dialogue, inclusive of everyone without exception, a dialogue that all parties join in earnest in order to understand others’ positions, to negotiate and to find alternatives. We have seen just the opposite throughout this crisis. The fervor of disagreement has grown, causing each group to cling ever more tenaciously to its own position while leaving no room for compromise. Examples of this abound, but I will mention only the National Salvation Front’s (NSF) refusal to join a dialogue at the invitation of the president. This invitation is particularly noteworthy because it was called for it  on December 8th, closely followed by the new constitutional declaration. On the surface, the dialogue was called for in order to address the concerns raised by the November declaration. The invitation came amid a fierce political and social crisis, one that should have, in my view, brought the NSF to the table for dialogue. This move would have led to a better result than the one we saw in the December 8 declaration, which brought significant amendments to the November 21 decree, had the NSF’s leadership attended. Participating in this dialogue may well have altered the course of the crisis and started to ease its burden.

Yussef Auf is an Egyptian judge and 2012 Humphrey Fellow at American University’s Washington College of Law. He is currently pursuing a PhD in Constitutional Law and Political Systems at Cairo University. He can be reached at [email protected]l.com.