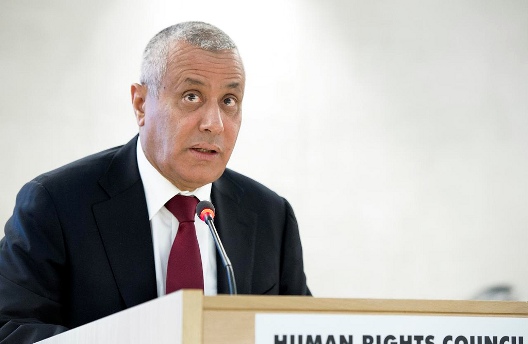 Months of political wrangling in Libya between an enfeebled government and a fractured legislature culminated this week in a vote by the General National Congress (GNC) to remove Prime Minister Ali Zeidan from office. Zeidan spent much of his tenure on the defensive, accumulating political baggage that stifled any chance of relegitimizing the state.  When supporters of self-proclaimed federalist leader Ibrahim Jadhran succeeded in their threat to sell oil independently—a North Korean-flagged tanker escaping Libyan waters with the illicitly obtained oil—Zeidan lost what little good will remained. In one sense, Zeidan’s departure is a welcome opening to usher in new leadership that could work with a clean slate toward restoring security and righting the democratic transition. How Libyan leaders handle the aftermath over the next few weeks will directly impact the promise or demise of Libya’s transition.

The GNC’s impressive rally garnering the necessary votes to oust Zeidan suggests planning and coordination hatched between political blocs. For months, the GNC had threatened to remove Zeidan, failing every time to muster the amount of support necessary to do so. While the incident with the North Korean-flagged vessel—seen as the blatant theft of Libyan resources—stirred enough outcry that legislators came together, the expeditious way in which the vote took place suggests backroom deal. In addition, Zeidan had increasingly dismissed the GNC since its technical expiration on February 7. His departure from Libya so soon after the no-confidence measure points to the possibility that a unified multiparty political bloc (beyond his usual opponents) pressured him to heed the vote. In the same vote to oust Zeidan, legislators also approved the roadmap put forth by the February Committee, the body commissioned to propose an amendment to pave the way for early elections. The committee’s initial roadmap called for direct parliamentary and presidential elections, but Islamists vehemently contested the latter provision. Concerned over a lack of popular support, Islamist parties called for the president to be appointed by the new legislature. Despite several dozen GNC members voicing opposition to any amendments to the roadmap, legislators passed the motion with the change that the new legislature will instead determine whether the president will be appointed or elected by the public, furthering suspicions of cross-ideological collaboration.

The curious pairing of issues for which the legislators cast their vote points to the possibility that the bickering political blocs came to a compromise. The agreement to revisit the question of the presidency at a future date likely involved non-Islamist acquiescence to remove the secular-leaning Zeidan in exchange for some measure that would ease restrictions on candidates running for office. One possibility could involve a pending repeal of the divisive and disputed Political Isolation Law (that Islamist forces had supported) which would allow secular personalities, such as National Forces Alliance leader Mahmoud Jibril, to throw their hat into the ring. Of course, details remain murky, so the parameters of this potential political agreement remain to be seen.

Regardless of what comes next, two critical points pertain to Libya’s trajectory in light of the latest development that ought to be kept in mind. First, while the GNC may cast its defiant no–confidence vote as a show of leadership, it remains under tremendous pressure to dissolve. Tensions have grown since February 7, as has distrust after the body’s ploys to extend its mandate. How the current GNC will handle the transfer of power according to the amended roadmap, whether the new legislature will skillfully and transparently resolve the question of appointing or electing the president without jeopardizing the public’s trust, and whether either of these processes will be handled free from armed pressure groups will set the trend for Libya’s political future.

The second question to consider is how this turn of events and the subsequent political maneuverings will impact the national dialogue. In one of his few demonstrations of leadership, Zeidan voiced his support for a national dialogue process in August 2013. The independent preparatory commission, created in the wake of his pronouncement, dispersed its members throughout the country in an outreach campaign to engage the public about the initiative, to galvanize widespread support, and to understand the issues that ordinary Libyans would expect the dialogue to address. Although nonpartisan and separate from the government, Libyan politicians could view the national dialogue as affiliated with Zeidan. The new authorities could either dismiss the process or, more constructively, throw their support behind it. Dismissing the national dialogue would be a setback considering it is the only credible endeavor in Libya’s political landscape to bring a fragmented country together for an inclusive discussion on the relationship between the state and the people.

Loss of the national dialogue could also have dire repercussions for the constitutional drafting process. The February elections for the Constitutional Committee ran less smoothly than anticipated, with minorities boycotting and security concerns hindering voting to the point that only forty-nine of the sixty seats have been filled. Questions surrounding representation, given that only an estimated 15 percent of eligible voters turned out to cast their ballots, further exacerbates the problem. The national dialogue process was seen as a parallel track that would complement the efforts of the Constitutional Committee—one that provides a forum through which citizens could feel invested in a process and exercise some ownership over the transition, using the resulting national charter as a basis for the constitution’s preamble.

Whatever the motives for removing Zeidan, whether those still in power will see the roadmap through in good faith without risking the other ongoing tracks will have significant ramifications. The deteriorating security in the country is a consequence of the political institutions’ lack of legitimacy, as revolutionaries operate with autonomy and impunity, justifying their actions by the authorities’ lack of leadership. Polls indicate a majority of Libyans deems the oil blockades unjustifiable, a tacit show of public support for the government-sanctioned Misratan militias’ offensive to push out Jadhran and his supporters. In order to wrest power from centrifugal forces and avoid an escalation of conflict between competing armed groups, authorities will have to meet public demands for leadership. With Zeidan gone and the groundwork for a new legislature prepared, there is a chance for the state to gain the upper hand. Authorities will have to act—whether organizing trash collection or paving the roads—to affirm the state’s trusted presence in citizens’ daily lives and to take the necessary steps, however incrementally, to work toward coalescing a new Libyan state.