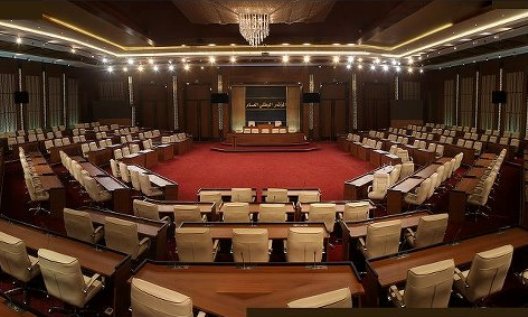 Attention in Washington to the one-year anniversary of the Benghazi attack that took the lives of Ambassador Chris Stevens and three other Americans gives reason to believe that a commitment still exists to assist Libya as it faces grave challenges in trying to achieve the goals of its revolution. For a while, US interest in Libya’s success seemed dormant, particularly in the wake of a cacophonous debate in the aftermath of Egypt’s coup and the use of chemical weapons in Syria. Yet, Libya remains on the agenda, and the presence of Ambassador Deborah Jones at the US Embassy in Tripoli provides new ways for the administration to ramp-up engagement. The question is: with which Libyan counterparts should the United States work to ensure the effectiveness of its diplomatic and programmatic efforts? The forces seeking to weaken the Libyan state may, in fact, pale in comparison to the threat from its own state institutions. If the fledgling democracy’s state institutions do not embrace a spirit of cooperation rather than competition, they will fail to harness the international community’s will to assist the country.

Governmental and non-governmental voices from the international community converged last week, sharing a message of commitment to support Libya as it navigates the multiple obstacles to its transition. The US, UK, Italian, and French governments issued a joint statement expressing support to Prime Minister Ali Zidan’s government in resolving the oil crisis peacefully and expressing commitment to “continue to work closely with the government of Libya in its efforts to restore security, build its institutions, and deliver vital goods and services to the people of Libya.” In Washington, a policy letter addressed to Secretary of State John Kerry, signed by twenty-eight signatories, was also released last week outlining recommendations for renewed and more robust US engagement with Libya to assist with its democratic transition. The letter advocates for the United States to support the constitution-writing process and the recently announced national dialogue initiative; provide technical assistance to address justice and security sector reform; increase diplomatic engagement; and encourage the Libyan government to resolve contract disputes to bolster the economy. The Washington Post’s Editorial Board and Foreign Policy’s Democracy Lab, among other outlets, advanced the letter’s recommendations as essential to Libya’s stability.

The headlines coming out of Libya, however, have been less than encouraging. An explosion rocked the foreign ministry building in Benghazi on September 11, 2013. Targeted assassinations continue unabated, and armed labor strikes have severely disrupted oil production. These are the obvious pieces of bad news dominating headlines, ones perhaps Libya followers have come to expect. The much less talked about development is the escalating blame game within the country’s state institutions—that is, between Zidan’s government and the General National Congress (GNC)—over the paralysis of action.

It has been sixteen months since Libyans cast their ballots to form the GNC in elections that were hailed as a significant milestone after the violent overthrow of Qaddafi. It has been ten months since the GNC approved Zidan’s cabinet. In that time, Zidan’s government has demonstrated little leadership and a striking inability to exert authority. Exchanges at the weekly press conferences paint a picture of a beleaguered and defensive administration: refuting rumors questioning the government’s financial integrity, making what have thus far been empty threats to use military force to end the oil disruptions, defending decisions to send security personnel abroad for training, and implying that government paralysis is due to the GNC’s inflexibility in budget expenditure. At the same time, GNC President Nuri Ali Abu Sahmain has increasingly moved to redirect executive powers into the hands of the legislative branch. The most recent example illustrating this political contest was Abu Sahmain’s announcement to form a crisis committee to deal with the oil protesters and break the deadlock gripping the energy sector and harming the economy.

It is unclear whether the GNC’s latest moves are demonstrative of an effort to fill in the gap where the government is weak, or to overstep admittedly unclear boundaries of division of responsibility and wrestle power away from the executive branch. The actions are accompanied by rhetorical pressure and criticism as well, as the Muslim Brotherhood-affiliated Justice and Construction Party (JCP) steps up attacks on Zidan’s government. The JCP represents a minority in the GNC but now enjoys disproportionate strength and influence given several resignations and absenteeism by elected members more closely aligned with the National Forces Alliance. The lack of cooperation and a clear leadership vacuum have resulted in the growing friction between the state institutions.

Playing the blame game is easy, but the rivalry between the government and the GNC has a significant impact. It will inevitably endanger the only positive news to come out of Libya in recent weeks: the announcement of a national dialogue initiative. There has been no follow-up since the announcement last week and, therefore, no understanding of the parameters of the dialogue. Of course it takes time to strategize how to most effectively carry out such a massive undertaking, but the silence reveals a deeper problem: that of political paralysis deflating the initiative before it even gains enough momentum to take off. Part of the problem rests with the GNC’s own national dialogue project, guided by Muhammed Harari, which has initiated concurrent local-level dialogues in cities throughout the country. The parallel effort could take the wind out of the sails of Zidan’s national dialogue by raising questions about who will lead the initiative—thereby exacerbating implementation challenges.

Libyans are not the only ones scratching their heads about where to start tackling the political crisis. The turnover, absenteeism, and lack of communication amongst the different entities are deficiencies that hold the transition process hostage and delegitimize the state. Decision-makers in Washington are wondering where to find trusted, cooperative, and competent counterparts in Libya if they decide to increase diplomatic and technical assistance.

It is time for Libya’s institutions to pull together and cease undermining state-building efforts. As the policy letter to Secretary of State John Kerry notes, US engagement with Libya over the last year has been less than robust, failing to harness the goodwill of the Libyan people. If the political rivalry in Libya is not managed and the United States and other partners remain in the dark about who to work with when providing assistance, it will undermine what is left of the international community’s goodwill to assist Libya. Some may say the letter’s recommendations are too little too late, but such criticism, especially without offering an alternative, misses the point. It is not a question of whether such assistance could help Libya; it is about creating an environment conducive to cooperation to maximize the impact of the assistance. Much of the onus for that part of the equation falls on the Libyans. Otherwise, the story of US-Libya relations will be that of missed opportunities.

Karim Mezran is a senior fellow with the Council’s Rafik Hariri Center for the Middle East with a focus on North Africa.

Lara Talverdian is an assistant director for research with the Council’s Rafik Hariri Center for the Middle East.