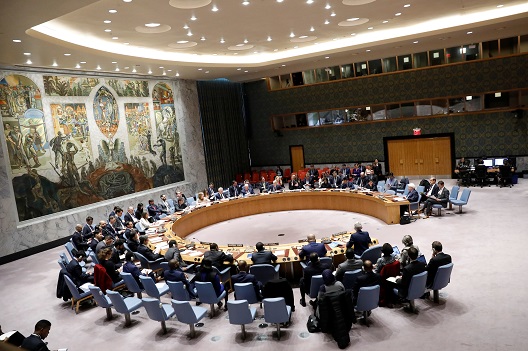 As we bid adieu to 2018, we look back at the events of a challenging year both domestically and abroad. Below are our most viewed articles hitting on pressing issues. In case you missed them, read our biggest hits of 2018.

Arabs often see MSA’s decline as the failure of their nations to uphold the legacy of Arabic, the language of the Qur’an and Islam. Though some rejoice in the strengthening of vernaculars, the so-called colloquials or dialects, as a sign of local identities gaining prominence, the withdrawal of MSA is in fact a warning about the weakening social infrastructure and declining education system. Read more here.

Tripoli: A Kaleidoscope by Erin A. Neal and Yousuf Eltagouri
In the wake of Libya’s 2011 revolution, militias built a powerful role for themselves by filling the security vacuum left by the overthrow of strongman Muammar Qaddhafi. Armed groups emerged in all corners of Libya, but the complexity and prevalence is especially noticed in and around the capital, Tripoli.

Money, status, and authority strengthened the militias, as well as a decision early in the transition to expand almost eight-fold the number of men on the payroll of the security apparatus. Yet, the power armed groups wield today is a result of their adaptability to the chaos and ability to navigate factions and manipulate public institutions, or lack thereof. Read more here.

Murder in Istanbul and the Turkish Saudi Rivalry by Aaron Stein
On October 2, 2018, Jamal Khashoggi, a Saudi national living in self-exile in the United States, walked into the Saudi consulate in Istanbul. That was the last time he was seen alive. The reason for Jamal’s visit to the consulate is familiar to foreigners who marry Turkish nationals. To set-a-date for one’s wedding, the Turkish government requires a document certifying that you are not already married. Ultimately, it was Jamal’s fiancee, Hatice Cengiz, that alerted Turkish authorities about the disappearance, touching off a gruesome and tragic story, rooted in Saudi incompetence and Turkish opportunism to try and take advantage of global outrage over the reported death of a popular figure. Read more here.

Women’s Rights in Morocco: Balancing Domestic and International Law by Leila Hanafi and Danielle Hites
Despite Morocco’s many legal advances in women’s rights, its lack of effective implementation and the existence of legislative loopholes undermines its reputation as an open, tolerant, and progressive country. In recent months, Morocco’s human rights record has come under the scrutiny of international organizations, notably the UN Human Rights Council latest UPR. Morocco’s questionable human rights—and specifically, women’s rights—abuses are a liability to its role as a US ally, a relationship that offers trade, investment, military, and diplomatic benefits to the nation. Read more here.

The Problem with Humanitarian Assistance in Yemen by Afrah Nasser
An international fundraising conference for Yemen took place at the United Nations (UN) offices Geneva in early April. Co-chaired by Sweden, Switzerland, and the UN, the conference succeeded in securing humanitarian funding worth over $2 billion, doubling the previous year’s pledges of $1.1 billion. Despite optimism that the donations represent a “success of international solidarity to the people of Yemen,” as stated by UN Secretary-General António Guterres in his closing statement, the current humanitarian response presents more problems than solutions. Read more here.