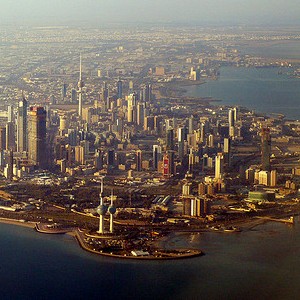 Senior fellow at the Rafik Hariri Center and former ambassador Richard LeBaron and Dr. Mary Ann Tétreault, a former professor of international affairs and expert on Kuwait, held a discussion on Kuwait’s prospects for political development in light of recent regional turmoil. Ambassador LeBaron posed a series of questions focused on different aspects of the Kuwaiti political landscape, including the youth movement, the effect of recent parliamentary elections, the role of Kuwaiti women, sectarianism, and relations with the United States.

To view short excerpted segments on topics of interest, please click the linked subjects below.

Dr. Tétreault gave her impressions of Kuwait’s recent round of parliamentary elections based on her experience as an observer. The timing of the election and influence of regional developments created a complicated environment for elections.

A below-the-radar Kuwaiti youth movement is also broadening and developing a different approach to politics. Dr. Tétreault notes that the current youth movement is already working within the system and will mature into a more politically savvy generation of political actors.

She also highlighted the limitations on personal status placed on Kuwaiti women as a barrier to political participation. Their choice not to act as gender representatives and behave similarly to male elected officials belies the restrictions on female elected officials’ roles in politics.

In light of recent violence in Egypt, Kuwaitis’ compassion for the Egyptian people is tempered by a fear of contamination by Egypt’s instability. Dr. Tétreault emphasized that Kuwaiti society is disenchanted with the Muslim Brotherhood and struggles with the desire not to be completely disengaged despite the complicating effects of recent events.

She compared the level of sectarian tension in Kuwait to that of its neighbors, observing that the size of the Shiite minority allowed the sect to be incorporated into Kuwaiti politics without provoking fear. She predicted that Kuwait is not likely to fall into a pattern of high sectarian tension, despite the actions of political forces within Kuwait to stoke these sentiments.

Dr. Tétreault described an increasing trend of anti-Americanism despite Kuwait’s historically positive view of the US, identifying the invasion of Iraq as a cause for the turn in public opinion.  She argued that the US must pay attention to the critical stance of Kuwaitis towards US policy.

To view the entire conversation, click the video above or see this link.

is visiting senior fellow with the Rafik Hariri Center for the Middle East working on the Gulf region.