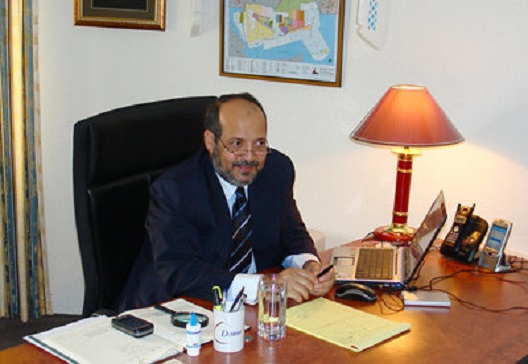 Yemen finds itself slipping into turbulent times as tribal conflict, extremist networks, and public grievances threaten to tear the country’s social fabric. Danya Greenfield, acting director for the Atlantic Council’s Rafik Hariri Center for the Middle East, sat down with Munir Daair, a Yemeni businessman and political activist, to discuss the latest challenges in Yemen’s transition to democracy. Unaffiliated with any political party or group, Daair’s contact with forces across Yemen’s political spectrum provides him with unique insight into the current dynamics.

DG: What is your current sense of the security situation in Yemen today?

MD: There are interconnected political conflicts, economic conflicts, and tribal conflicts. In Yemen, when people have grievances they know how they can get attention and hurt the government by blowing up a power transformer or a pipeline. Unfortunately these tactics have frequently worked in the past and so they continue. In terms of daily life, power outages in Sana’a are becoming more severe. The situation has been as bad as only having five hours of electricity a day. Partially this is due to a lack of money, but mostly it comes down to terrorism.

DG: What are your thoughts on the political and economic challenges in the country?

MB: When it comes to the political process itself, I’m optimistic. We have a roadmap that will move forward, despite the bumps. Unfortunately, I think the security situation and the paralysis of the current government has forced Hadi to ignore economics. The government lacks a clear economic policy and knowledge of the private sector. I would like to see Hadi create a Trade and Economic Council that would function under his auspices, and this would help elevate the importance of the private sector and help get business friendly policies on the table. The council should have some technocrats on the panel—the kind of people that will go by the textbook—as well as businessmen, people with real, tangible experience.

For example, the government can partner with banks and provide guarantees to banks to give business loans for startups in rural areas. These are the kinds of things that can create employment opportunities and jump start rural economies. We can invest in training our farmers to adopt regional and international export standards and agricultural loans can be given to finance output expansion and exports. I remember a meeting we had in Jeddah where we complained about low Saudi farming imports from Yemen. The Saudis told us that our farmers cannot meet the GCC standards. They were right. So, let’s go ahead and correct that. The GCC is our closest and natural business partner. What you do for farmers you can do with fishermen. In two and half years since the uprising, the quality of life for Yemenis still hasn’t really changed. In fact, in some places things have gotten worse.

A lot of the reason that donor funds have been held up—approximately $8 billion—is because they say that Yemen doesn’t have an economic plan. We should have large sweeping investment plans for Marib and Hadramawt. The most dangerous thing in Yemen, the most dangerous thing in any country, is people having nothing to lose. By giving people economic opportunities, we will give them something to lose and, therefore, a stake in the process. Economic policies should be aimed at getting people access to education, to housing, to jobs. If they have this kind of connection, al-Qaeda and other subversive elements will not be able to disrupt their lives.

DG: What is preventing Hadi from taking economic steps?

MD: You have to go back to the GCC Initiative. While it was a good vehicle to rid Yemen of Ali Abdullah Saleh, it nevertheless has weaknesses that today create a lot of complications. We pointed these weaknesses out before the signing of the GCC but, of course, removing Saleh took precedence over future practicalities. For instance, the Initiative requires that the government be a coalition between the former opposition coalition, the Joint Meetings Party (JMP), and the General People’s Congress (GPC) plus their allies, ignoring other political forces that have come into play. This arrangement also ties the president’s hand making it impossible for him to create a government of his choice outside the two political blocs in the coalition. We, therefore, must find a legal mechanism for removing and replacing the current government, which as we expected right from the beginning and said so, has become totally paralyzed and proved totally incompetent as the two antagonists who form the coalition spend more time in political fights instead of governing.

One solution is to declare the GCC Initiative terminated and superseded or replaced by the National Dialogue. Doing that will create a proper legal basis for getting rid of the government short of riots which are becoming more likely by the day as the people get more frustrated. We need to give the President the right to govern effectively according to the mandate given him by the people. As extreme as it may sound there is actually growing support for the idea of replacing the GCC Initiative with the National Dialogue. The political partisans of course oppose it, but many people are realizing that the president is paralyzed because the institutions are paralyzed and that right now Hadi needs to be empowered.

DG: Recently President Abdrabbo Mansour Hadi said that al-Qaeda in the Arabian Peninsula (AQAP) was made up of seventy-percent foreigners. What is your sense of AQAP’s composition?

MD: The middle leadership has many non-Yemenis, and that’s probably what Hadi meant, but the rank and file are Yemenis. In the recent campaign, six Saudis have been killed, and there have been some Tunisian fighters as well. Two French nationals were captured attempting to escape at the airport, and that really demonstrates their commitment to their cause. But these people aren’t the foot soldiers, they’re not fighting in the streets. They prefer to use young Yemenis for that.

DG: Do you think this latest campaign has been successful, and how do you define success?

MD: Put simply, success means we don’t see al-Qaeda anymore. Will this happen under the current strategy? I say no. Yemen and other countries engaged in the war on terror have limited themselves to a shooting war for twenty-years, and have not succeeded in defeating al-Qaeda. With their massive military resources governments are winning a shooting battle here and another there, but not the war. There is a need to review the strategy which has so far not produced a victory. We need to be engaged on other fronts such as, the media, the ideology, the economy all of which have so far been played to al-Qaeda’s advantage. As long as these other fronts are not brought into the equation, al-Qaeda will continue to have almost an infinite ability to wage its terror war.

Other countries in the region must realize that Yemen is fighting their fight too. Unlike Yemen, other countries in the region do not have the demographic depth or strength to survive a war with al-Qaeda in the way Yemen has survived over the years. Therefore, it is important for them to support Yemen and ensure Yemen wins this war for everyone regionally and even internationally.

DG: What do you see in terms of the Houthi movement’s future?

MD: On one hand, you see their ambition, and on the other, you have what’s actually possible. Their ambition is to become the Hezbollah of Yemen, and that’s not going to happen. Yemen is not Lebanon. There are different ethnic and sectarian breakdowns in Yemen, and it simply adds up to the Houthis realizing the real limits of their ambition. How can Abdul Malek Al Houthi ever control a country as large as Yemen with a population of 25 million broken down into various Yemeni ethnicities and religious sects? The Houthis have absolutely no way to control or influence Yemen nor emerge as a super-power in the country. What influence do they have in Hadramawt? What influence do they have in al-Mahra? None. They are not naive; they realize this, as do other Yemenis.

What is important is that the Houthis participated in the National Dialogue and are an important part of the political process. That’s a big accomplishment for them since the days when Ali Abdullah Saleh waged six devastating wars on them and considered them outlaws. Soon they will be part of the next government when the president gets around to forming it, something we desperately need him to do. Far from being outlaws, Houthis are a legitimate political force in Yemen and part of the political process.