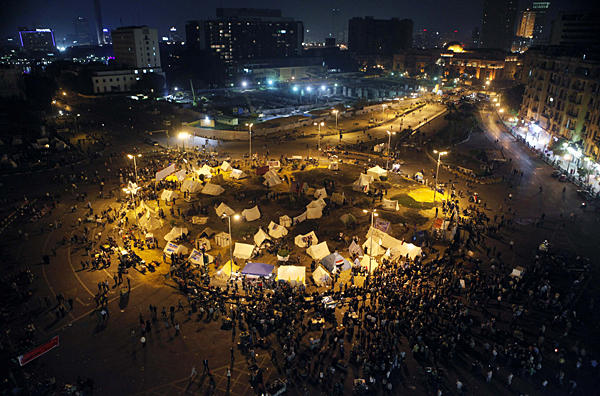 President Mohammed Morsi’s November 22 constitutional decree attempted to do to the judiciary what he did to the Supreme Council of the Armed Forces (SCAF) in August 2012:  strip it of political power, eliminate its influence over the constituent assembly and constitution, and remove it as an obstacle to his authority.  But Morsi is now having to find a way to back down—asserting that his new decree is temporary and applies only to certain kinds of presidential actions—because fierce and ongoing protests, as well as judicial strikes, have made clear that this time he has overreached.

There are some striking parallels between the Egyptian military and the judiciary; the two institutions were among those most respected by the Egyptian public in general, but the reputations of both had been tarnished by becoming too involved in politics.  That was particularly true of the top echelon of each of the institutions. Clearly the SCAF blotted its copybook with human rights abuses and political gaffes during its 18 months of interim rule, and the Supreme Constitutional Court (SCC) lost some of its luster when it issued a hasty decision requiring the dissolution of the Islamist-dominated parliament on the eve of Morsi’s presidential victory in June 2012.  Moreover, the top leaders of the military (former Defense Minister Tantawi and Chief of Staff Anan) and judiciary (former SCC head Farouk Sultan and Prosecutor General Abdel Meguid Mahmoud)  were Mubarak era holdovers and none too popular.

Still, Morsi erred if he believed that Egyptians, not to mention outsiders, would welcome his November 22 decree cutting the judiciary down to size as they did his move against the military in August.  The SCAF, after all, was never meant to rule the country, had made a hash of its time in power, and had in June 2012 grabbed further extraordinary powers (including the ability to veto articles of the draft constitution) that many Egyptians found alarming.  By the time Morsi issued a new constitutional declaration invalidating the SCAF declaration in August, Egyptians were ready to see the back of the generals and to try something new.

Morsi’s new decree against the judiciary, on the other hand, attempts to strip that institution of its proper role as a balance to the executive branch. That role is all the more important because there is currently no lower house of parliament.  Senior leaders of the judiciary and the Muslim Brotherhood (parliamentary speaker Saad Katatni led the fight before Morsi’s election ) have been at loggerheads for months, and Morsi no doubt was worried that the SCC, having struck its first blow against his presidency in June by ordering the dissolution of parliament, would now deliver the coup de grace by dissolving the constituent assembly.  Morsi would then be forced to take full and personal responsibility by appointing a new assembly, which would most likely enjoy even less consensus than does the current one.

Thus, the part of Morsi’s decree that extended the mandate of the constituent assembly was perhaps justified, as he tried to remove at least one source of pressure on the conflict-ridden assembly.  And his desire to replace the Mubarak era prosecutor general in itself was also understandable.   But attempting to place the constituent assembly—and, even more alarming, all of his own decisions as president—beyond the reach of the courts went too far.  His claim that the decree was temporary rang hollow, and the attempt to throw a bone to non-Islamist activists by reopening prosecutions related to violence against them was too transparent.  It is to be hoped that he will learn that there are limits that even a democratically elected president in a chaotic post-revolutionary transition should not transgress.