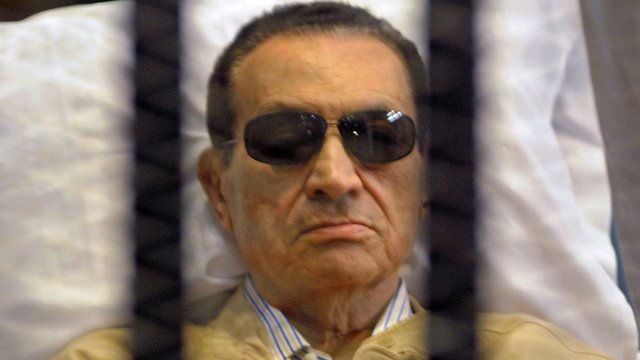 In another of the strange turns that have characterized Egypt’s post revolutionary trajectory, suddenly this week Hosni Mubarak and the state of emergency that typified and sustained his 30 year rule were set aside with 48 hours of each other.  Although the Supreme Council of the Armed Forces (SCAF) never had the courage to lift the state of emergency as promised, it expired on May 31 and could only be renewed under the constitutional declaration with the approval of the parliament, which clearly was not going to happen.  And so the conditions under which Egyptians lived for most of the last half century–in which tens of thousands were detained without trial for months and sometimes years, public gatherings were banned without a security permit, and authorities could and did tap phones without a warrant–ended quietly, without either celebration or protest.

One reason for the lack of attention to this development was that eyes were fixed instead on what would happen today in a Cairo courtroom, where the verdict was due in the trial of former President Hosni Mubarak, underway since August 2011.  While some observers–particularly those who paid any attention to the actual charges and evidence–expected an acquittal due to the weakness of the hastily-constructed case, others who viewed the case through more of a political lens will not be surprised by the 25-year sentence meted out to Mubarak, convicted of allowing the use of lethal force against demonstrators during the Jan-Feb 2011 uprising. Also convicted was former Interior Minister Habib al-Adly.

Now, it might well be that the trial was conducted with complete integrity, but there are a number of aspects of today’s judgment that suggest otherwise.  First, Judge Ahmad Refaat made a completely political opening statement, clearly a sop to revolutionaries and families of victims, in which he praised the glorious January revolution and decried the dark days of Mubarak’s rule–it wanted only Madame DeFarge and her knitting.

Second, although Mubarak and al-Adly (the latter long a rival of SCAF head Tantawi) were sacrificed, the minister’s six deputies were all acquitted of responsibility for the killing–a decision that has already been criticized by independent judges. Perhaps these gentlemen are as pure as the driven snow, but forgive me for noticing that the verdict is completely in line with the approach the SCAF has taken all along of trying to pin blame for deaths of hundreds of protestors solely on Mubarak and al-Adly–not on police officers and certainly not on military leaders.

Mubarak and his two sons were also acquitted of corruption charges, which involved their having accepted seaside villas from a developer in exchange for concessionary deals for natural gas.  The judge said that the statute of limitations had passed on the deal.  Perhaps.  But need I suggest why the SCAF does not want to go there?  No telling what might come out once the Pandora’s box of high level corruption is opened.

Beyond self-preservation for the SCAF, there is a more troubling explanation for Mubarak’s highly politicized conviction.  The timing of the judgement undoubtedly was problematic, coming as it did between the two rounds of the presidential election.  There was widespread speculation that the verdict would be postponed, as often happens with political cases in Egypt, but apparently that was not possible because the judge had to finish the case before his mandatory retirement.  And so the verdict had to be rendered now, even though it was known that it would influence voting in the second round of the election, to be held June 16-17.

And thus it was that Mubarak got the judgment that best served the presidential ambitions of General Ahmad Shafik, and that the state of emergency was allowed to lapse without a fuss.  If the former president had been acquitted or had the state of emergency been renewed, it would have stirred outrage among activists and supported their accusations that the old regime is trying to return via Shafik.  As it is, Mubarak is just guilty enough to blunt such accusations and improve Shafik’s chances, but not so guilty as to drag others down with him.

And the old regime, having jettisoned its most hated symbols, can try to get underway again with Shafik at the helm.  That was the SCAF’s preferred option all along, but Gamal Mubarak’s ambitions got in the way. Of course, in the new Egypt Shafik will have to be elected first.  That is by no means a foregone conclusion, but today’s verdict at a minimum avoiding damaging his chances.