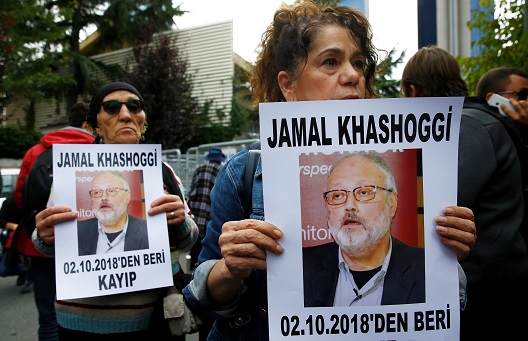 On October 2, 2018, Jamal Khashoggi, a Saudi national living in self-exile in the United States, walked into the Saudi consulate in Istanbul. That was the last time he was seen alive. The reason for Jamal’s visit to the consulate is familiar to foreigners who marry Turkish nationals. To set-a-date for one’s wedding, the Turkish government requires a document certifying that you are not already married. Ultimately, it was Jamal’s fiancee, Hatice Cengiz, that alerted Turkish authorities about the disappearance, touching off a gruesome and tragic story, rooted in Saudi incompetence and Turkish opportunism to try and take advantage of global outrage over the reported death of a popular figure.

The Turkish-Saudi relationship is complicated and often misconstrued. The Turkish government has, historically, been deferential to the Saudi leadership. However, in the years following the Arab Spring, the two countries have competed to shape political outcomes in the Middle East. The most obvious example of this competition have taken place in Egypt, where Ankara has been a vocal proponent and backer of the Muslim Brotherhood. The Kingdom of Saudi Arabia, in contrast, backed the successful July 2013 coup that ousted Mohamed Morsi (a Turkish ally) and installed the current leader, Abdel Fateh al-Sissi (a Turkish opponent).

The two-sides sought a rapprochement in March 2015. In a highly publicized meeting, Turkish President Recep Tayyip Erdogan met privately with King Salman bin Abdulaziz. The talks were designed to turn the page on the rivalry over the post-Arab Spring Middle East. Following this meeting, the two sides reached a broader compromise, whereby Saudi Arabia would work more closely with Turkey in Syria, and Turkey would defer to Saudi’s approach to Iran. That same month, Turkey joined Saudi Arabia’s Yemen coalition and even signaled that Ankara would be prepared to provide logistical support. This change in Turkish policy coincided with reports of a broader Saudi reassessment of the Muslim Brotherhood and efforts to cultivate the group to pressure Iran.

This narrow, interest-based rapprochement would not last. The ascendance of Crown Prince Mohammed Bin Salman in 2017 changed the direction of Saudi foreign policy and ended the rationale for cooperation with Turkey. The young-prince, from the outset of his rule, has sought to marginalize potential rivals and hardened his country’s stance towards the Middle East. In June 2017, Saudi Arabia and the United Arab Emirates severed relations with Qatar, Turkey’s closest ally in the region (and perhaps in the world). Ankara has maintained support for Doha through out the crisis, rapidly finalizing a military agreement for a small Turkish base, and pledging to offset any economic repercussions from the economic blockade. In March 2018, Bin Salman escalated his rhetoric, including Turkey as part of a “triangle of evil” along with Iran and hardline Islamist groups in an interview with Egypt’s Al-Shorouk newspaper.

Amid this deterioration in Turkish-Saudi relations, Bin Salman sought to shape his image in the West as a reformer and a vanguard of moderate Islam. While this sounds fine to most Americans, this self-portrayal of Gulf monarchs as pro-western, moderate Muslims has a negative connotation for much of Turkey’s ruling elite. The basis of Turkey’s much-derided (but still relatively intact) thinking about foreign policy rests on a clear set of assumptions about the Middle East, the roots causes of political unrest, and the western enablement of authoritarianism.

For the current Turkish government, the very notion of “moderate Islam” as a concept is something corrupt, authoritarian leaders do to maintain favor with the United States. The United States, then, uses the idea of moderate Islam to maintain support for the oppressive rulers, who then target their political opponents—most prominently, the Muslim Brotherhood. For Turkey, the events of the Arab Spring were as much about the rejection of the western backed order in the Middle East, as they were about regional political oppression. The two concepts are linked.

The killing of Jamal Khashoggi, for Turkey, is part of this broader ideological struggle. Khashoggi supported the once-popular idea of a “Turkish model” for transitioning Arab states. Ankara, for its part, has always shied away from using the term model, in favor of “inspiration”, and has sought to portray itself as a vanguard for the politically oppressed. Bin Salman, in contrast, is seeking to consolidate political power and, it appears, is a paranoid and weak leader committed to eliminating any threat to his rule.

This means that Ankara and Riyadh are fundamentally at odds over the future of the Middle East. It also provides Turkey with an opportunity. From the outset of this gruesome story, Turkish officials have used the tight control over the media to the government’s advantages. Ankara has released damaging information about the bungled murder in short bursts. This has allowed for Turkey to control the narrative and place incremental pressure on the Saudi government. In doing so, the Turkish government is also seeking to pressure the United States, who Ankara has quite correctly concluded is the only country that can put enough pressure on Riyadh to make political changes. And this is ultimately what the Turkish strategy is all about: Ankara would like to see Bin Salman weakened and changes made to Saudi foreign policy. In an ideal world, Bin Salman would be replaced with a more amenable leader to Turkish interests. To realize these lofty ambitions, Turkey is working to pressure the United States to pressure Saudi Arabia to rein in Bin Salman.

Turkey is unlikely to succeed. The US-Saudi relationship is deep, multi-faceted, and ultimately rooted in raw power politics. The United States relies on Saudi Arabia to project power into the Middle East. For Turkey’s current leadership, this is actually a problem, and what many in Ankara see as the root cause of the region’s dysfunction. The dynamics driving this saga signal continued political instability in the region that is quite dangerous.

As one looks back at this grotesque affair, it is important to see how the death of a journalist is being twisted to serve the broader political ambitions of all the parties involved. And that is the real tragedy.

Aaron Stein is a resident senior fellow in the Atlantic Council’s Rafik Hariri Center for the Middle East. Follow him on Twitter @aaronstein1.