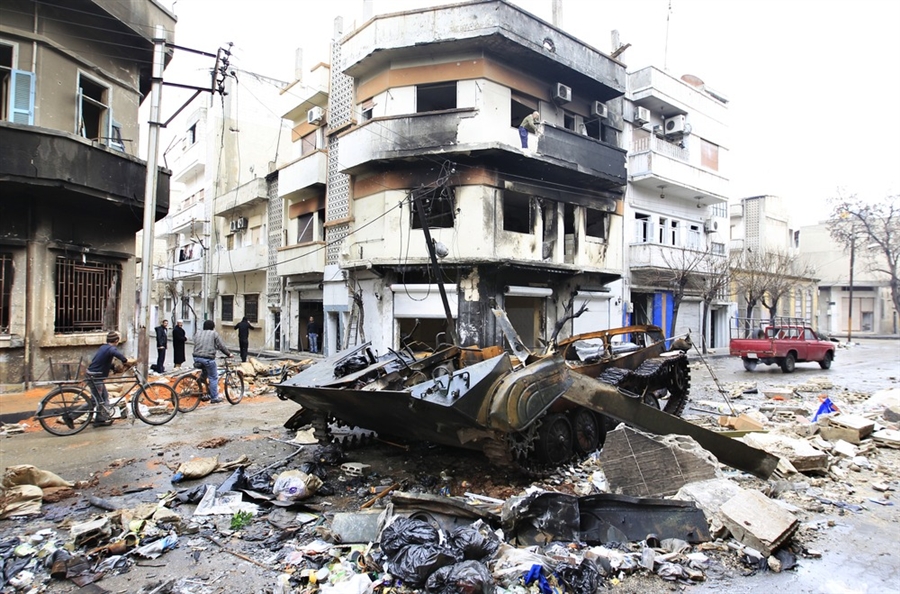 If there is such a thing as a stereotypical jihadist, Ahmed is not it. The 22-year-old Egyptian Salafi tweets prolifically from his iPad, quotes Martin Luther King, Jr., and works part-time for a successful alternative media start-up company.

Like a lot of college students, Ahmed loves road trips. But unlike most Egyptians his age, Ahmed’s last journey was to a war zone – Syria – where he spent six weeks fighting with rebel forces against Bashar al-Assad’s entrenched regime. Ahmed is one of a growing number of mujahideen (predominately Sunni guerrilla fighters) traveling from Egypt, Tunisia, and as far as Croatia and Pakistan to volunteer with the Free Syrian Army (FSA).

The United Nations estimates that the number of foreign combatants on the ground may lie in the hundreds, but anecdotal reports indicate that the true figure may be in the thousands and growing. On September 17, the United Nations expressed concern that the influx of foreign fighters could be contributing to the radicalization of rebel forces. The head of the UN inquiry into Syria’s civil war, Paulo Pinheiro, warned, "Such elements tend to push anti-government fighters towards more radical positions."  Among the mujahideen are veteran jihadists who fought alongside Muslim separatists in Bosnia and Chechnya. Others have ties to al-Qaeda affiliates and fought against Coalition Forces in Iraq and Afghanistan.

Half a dozen jihadist groups are currently operating in Syria. The FSA does not condone the extreme tactics of these groups, and their assassinations and suicide bombings against military and civilian targets have become a major liability in the rebels’ campaign to cultivate international goodwill and credibility. While the FSA has tried to distance itself from extremists groups, as the conflict drags on, the over-extended and under-supplied rebels have become heavily reliant on any reinforcements they can find, however radical.

Reports of an influx of foreign mujahideen have tarnished the image of the rebels, amidst new allegations of human rights abuses directed at Bashar al-Assad’s forces. On November 3, the United Nations reported a video depicting rebel soldiers executing regime forces who had surrendered will be treated as evidence of war crimes. Ahmed insists that the incident was more complex than its portrayal in the Western media. He claims that the perpetrators were not jihadists, but civilian volunteers who joined the FSA to avenge the murder of family members.

He is also quick to assert that not all of the foreign mujahideen are hardened extremists. Many, like Ahmed, are young and morally outraged idealists willing to risk everything for revolutionary dreams, and  the vast majority has no affiliation to al-Qaeda.. Ahmed insists that he traveled to Syria at his own expense, without financial or logistical support from an Islamist group. He acknowledges that Islamist movements and charities in Egypt are sending food and medical supplies to the rebels in Syria, adding that the assistance is purely humanitarian, for the time being. Among the Egyptians who traveled to Syria with Ahmed was an 80-year-old veteran of the 1973 war with Israel. Although he was too frail to participate in combat operations, the elderly man helped administer the Sharia courts set up by rebels to fill the legal vacuum left by the disintegration of Assad’s secular judicial apparatus.

For many of the foreign mujahideen, peaceful activism was the innocuous gateway drug to war. Ahmed’s path to Syria started out innocently enough. He began volunteering for a humanitarian organization providing housing and food to Syrian refugees in Egypt.  As the conflict dragged on, Ahmed longed to do more than help the victims of the war – he wanted to go straight to the source. On July 18, he abruptly withdrew from his university and left his hometown in the Nile Delta region with a tourist visa and a plane ticket to Lebanon. After arriving in Beirut, Ahmed traveled south where he spent a week preparing for the treacherous border crossing with other foreign volunteers.  Once on Syrian ground, they were met by a representative of the Haq (“Right”) Brigade, who led them to a camp.

Mujahideen at a camp in Homs

After a few days of basic training, Ahmed was placed in charge of communications for his unit. He was also responsible for documenting the fighting with videos and photographs. “What I saw was pure destruction in every sense of the word,” Ahmed said, describing the scene in Homs and Deraa, where Assad has unleashed deadly force to neutralize key staging grounds of the revolution. “Bashar punished those two cities with a cruelty of genocidal magnitude, far exceeding anything the Israelis have done to the Palestinians,” he said.

The atrocities he witnessed continue to haunt him, Ahmed says. “I saw so many dead, but not a single body was left intact. All I saw were pieces of humans, cut to shreds.”  The violence far exceeds the realm of ordinary collateral damage that might be expected in a conflict of this scale. “In any war, there is inevitable killing. But in Syria, it doesn’t stop at death,” he said. In a campaign of psychological warfare against the opposition, Assad’s forces have turned conventional combat into terrorism, dismembering the dead and publicly desecrating their remnants in a sadistic exhibit of the consequences of rebellion. Some of the corpses had been engraved at knifepoint with Bashar al-Assad’s name, he said.

These human rights violations were inflicted indiscriminately on civilian women, children, and elderly.  Sexual assault was rampant. Ahmed reported that gangs of Assad loyalists have burned copies of the Qu’ran and raped children and pregnant women inside of mosques, later callously discarding the bodies of their victims in garbage bins.  Reports of these acts of brutal desecration and sacrilege have further galvanized Sunni jihadists against a regime they have long regarded as apostate.  Assad has cast himself not simply as a strong man, but as a quasi-divine sovereign. This personality cult is particularly offensive to Salafi Islamists, who identify God as the ultimate source of political authority, superseding all temporal rulers.  From Ahmed’s perspective, “Bashar has put himself in God’s place.” This sense of hubris and omnipotent impunity permeates the psyche of Assad’s forces. Ahmed described seeing corpses branded with the slogan, lā ʾilāha ʾillà -Bashar (“There is no god but Bashar”), a perversion of the Qu’ranic verse that proclaims, “There is no god but Allah.”

Ahmed’s story reveals the depth and diversity of the foreign mujahideen in Syria, where the spiraling conflict is exerting a magnetic pull not just on seasoned jihadists, but also on impressionable idealists who are frustrated with the slow pace of economic recovery and democratic progress in their own countries.

Although Ahmed differentiates himself from the more radical mujahideen, he nonetheless respects their ultimate mission, if not the tactics they use to pursue it. He is determined to return to Syria again, next time perhaps for longer. His path to war is a counterpoint to the dominant view of revolutionary youth movements as a largely peaceful and non-ideological phenomenon. In many ways, Ahmed is the archetype of a politically engaged Islamist. A Twitter-savvy activist, he is helping to establish a new Salafi party Hizb al-Islah (The Reform Party) oriented toward young Islamists, which intends to run candidates in the upcoming parliamentary elections. But while Ahmed has embraced the political process, he is simultaneously drawn to strategies of resistance and direct action.  These contradictory imperatives are defining a new generation of young Salafis who are increasingly reluctant to sacrifice religious values for the sake of political consensus and compromise.  Whether or not they choose a path of moderation or radicalism will depend on how Salafis resolve the ideological tension between their support for the revolution’s democratic goals and their conflicting vision for Islamic statehood that is antithetical to political and religious pluralism.

Mara Revkin is a student at Yale Law School and a former Fulbright Fellow in Oman. She provides research assistance on constitutional reform for the New America Foundation’s Middle East Task Force. She can be reached at [email protected] and on Twitter @MaraRevkin.