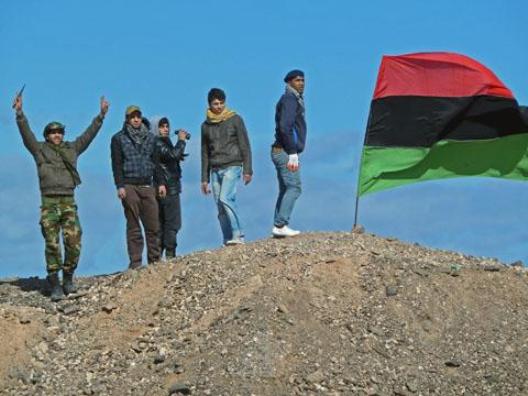 Shortly after the revolution there was great optimism among Libyans that one in the rapid succession of central governments would successfully lead the country. Those hopes were never realized because the highly centralized governance held over from the Qaddafi years ignored the fundamental shift in power to the peripheral municipalities that resulted from the revolution. Today, militias from towns across the country maintain a tenuous balance of power. Out-of-town militias even exert strong influence in Tripoli. Until the political structure changes to reflect the muscle of those in the periphery, or real power shifts back to the center, instability will persist.

Libya’s post revolution transitional governments have maintained the “Committees Everywhere” governance style: a consensus-driven and obsessively centralized model created by Colonel Muammar Qaddafi. For example, even minor decisions such as prioritizing construction projects in far-off towns and villages remain firmly on Tripoli’s agenda. Local leaders generally select representatives sent to Tripoli based on a combination of loyalty and dispensability, ensuring the representatives lack the authority to make decisions without phoning home. As a result, the General National Congress behaves as a mammoth committee of the country’s local notables. It is no surprise that its decisions are few and irresolute.

Libya’s national governance paralysis extends into the minutiae of local affairs because oil revenue funds almost everything in the country and those funds flow through Tripoli. When Tripoli is paralyzed, even garbage collection or healthcare in municipalities can grind to a halt. So while the Ministry of Housing and Infrastructure attempts to plan apartment buildings in far off Tobruk, any ability for it to act is tied to a fragile revenue stream and a chaotic congress. The corollary in the United States would be as if condos in San Francisco were planned, approved, and budgeted for in Washington, D.C.—and during a threatened government shutdown.

Inured to this dysfunctional system from forty-two years under Qaddafi, militias were largely content to compete for oil revenue through the deeply flawed political process until, exasperated at the total lack of progress and feeling strong, Misurata and its allies drove more than one thousand vehicles into Tripoli in August 2013. The other militias realized they had been out maneuvered in the struggle for power and tried to find a way to compete for control of Tripoli. Within weeks, Zintan in the west, Sirte in the center, and Ajdabiya in the east shut off the critical flow of oil exports, and a tribe near Sebha in the south turned off the water to the capital. Any group that could exert control of Tripoli from afar did so to show that it was a contender for power, regardless of Misurata’s physical domination of the capital.

The ensuing standoff was jolted by the US Delta Force‘s seizure of alleged al-Qaeda member Abu Anas al-Libi in Tripoli on October 5. The inability of the Libyan government to either arrest al-Libi itself or prevent the US military from doing so in broad daylight in its own capital revealed the abject powerlessness of the national government to all. The proverbial coyote had run off the cliff sometime earlier, but the seizure of al-Libi was the moment it looked down. Prime Minister Ali Zidan was kidnapped mere days later.

Despite the obvious struggles faced by the central government, to include even safeguarding the prime minister in the capital, foreign policy makers continue to insist that building a strong Libyan central government, paired with disarming the militias, is the best way forward. No one can provide any reason why the militias might choose to disarm or any means by which the central government could compel them to do so. Well-intentioned foreign efforts to strengthen the central government by offering to train a new “General Purpose Force” face extraordinary challenges. Numerous practical constraints, including the Libyan government’s problems in selecting recruits, achieving foreign vetting standards for recruits, and unrealistic recruit expectations for the training experience, make any such training an enormously difficult undertaking. Tracking and maintaining the trained force, once it returns to Libya, could prove even more problematic. Such a force could act as a new, better-trained militia—assuming members do not go back to their local militias immediately upon their return.

Nevertheless, a strong central government is considered the only option because centralized governance is presumed to be the only form of government that works in petro-states. But outside of a few tiny, super wealthy states, recent history and the Libyan revolution itself argue exactly the opposite. Moreover, perpetuating the Qaddafi-era centralized system cannot be separated from the strict, and disastrous, central planning that characterized it. While a strong central government is easier for foreign governments to deal with (undoubtedly part of the reason for its popularity with foreign nations), it is a terrible reason to encourage a government structure that few NATO countries would consider for themselves.

In Libya, tribal, religious, and community leaders—not national officials—have so far prevented the anarchy existent since the revolution from devolving into pure chaos. The current, highly-centralized governance structure should be recognized as the Qaddafi holdover that it is, and Libya should look to the traditional community structures that have demonstrated success. In fact, a national dialogue that brings militia and traditional leaders together to discuss governance is gaining traction even as violence escalates in Benghazi and Tripoli. Prime Minister Zidan, with the enthusiastic support of foreign governments, should use his temporarily heightened stature to convene this dialogue as soon as is practical.

Fundamental to Libya’s enduring stability is for the oil revenue to correlate more closely with the actual power structure in Libya than it does now. The alternative—a strategy that appears singularly focused on an attempt to enable a weak, indecisive, and minimally legitimate national government to impose its will on strong, decisive, and often widely respected local authorities—may be an invitation for a bloody, winner-take-all fight for control over oil.

Nate Mason, former Commercial Attache for the US Embassy in Libya, is the founder of Mason Trade Strategy LLC. He also served as the North Africa Desk Officer at the US Department of Commerce.

Image: Rebel fighters at positions outside Brega, Libya, show their support for the opposition and their enthusiastic belief that they will overthrow the government in Tripoli, March 10, 2011. (Photo: Voice of America, Phil Ittner)