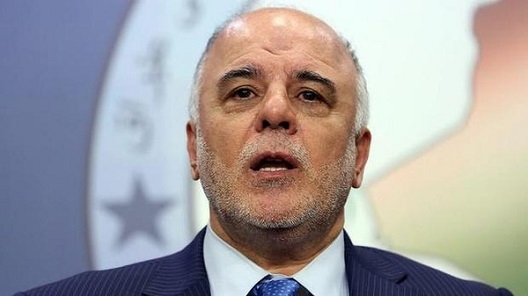 The announcement of a new government in Iraq represents perhaps the best news out of the country since former prime minister Nouri al-Maliki relinquished power peacefully. Political players set aside a highly partisan dynamic, in part to address the existential terrorist threat facing Iraq. But assigning new ministers to this government is only another step in a long and winding road. The new Iraqi government will require the right balance of forceful leadership and a spirit of compromise if it wishes to survive.

After eight years serving as Iraq’s Prime Minister, Nouri al-Maliki announced to the Iraqi public last month that he would not challenge Iraqi President Fuad Masum’s decision to nominate veteran politician Haider al-Abadi as Iraq’s prime minister-designate. In doing so, Maliki succumbed to the tremendous pressure levied by regional powers, his domestic political opponents, and the majority of his own State of Law party—all of which pushed for his termination. While the standing down of Maliki is no doubt a positive step in the direction of a more inclusive Iraqi politics, Prime Minister-Designate Abadi will encounter the very same challenges that have transformed Iraqi society into a fragmented, violent, and chaotic country in the heart of the Middle East.

Although a member of the same Shia bloc as Nouri al-Maliki, Haider al-Abadi has proven in the past to be both willing and able to put consensus above the sectarianism that has defined Iraqi politics since 2003. The post of prime minister in Iraq has more often than not been seen as a bully pulpit to marginalize political opponents (particularly Sunni parliamentarians) and the best platform to enhance the political and economic power of Shia Islamists. In order to successfully steer Iraq in a different and more productive direction, Abadi must be courageous enough to break with that precedent—often at the expense of his popularity within the Dawa party base.

If remarks on his official Twitter account are any indication, Abadi appears willing to accommodate—or at the very least, listen—to the list of demands that has built up within Iraq’s Sunni community. “Challenges we face are immense but we will overcome them by uniting,” Abadi wrote in an August 16 tweet. “Raging storms may be ahead but we will face them together as one nation.” The question, however, is whether this type of rhetoric is simply an attempt to garner enough Sunni support to establish a new government, or a genuine opening to what will prove to be a long and arduous reconciliation process.

Depending on Abadi’s willingness to compromise (including on de-Baathification, oil distribution, the sharing of power between Baghdad and the provinces, reform of the security forces, etc.), Iraq could witness a degree of cross-sectarian understanding in a country that sorely needs it. In a drastic departure from the Maliki era, Saudi Arabia, Iran, the United States, the European Union, the United Nations Secretary General, Grand Ayatollah Ali al-Sistani, and the Gulf Arab states have all officially endorsed congratulated Abadi on his selection as prime minister. Diplomatic protocol aside, such universal commendation of his appointment from western, Sunni, and Shia powers provides Abadi with the kind of regional and external backing needed to gradually downgrade the “winner-take-all” approach of Iraqi politics and governance (although Maliki set the bar pretty low). The fact that Riyadh and Tehran—two staunch adversaries in the Middle East—have both accepted the selection of a new Iraqi prime minister is a small breakthrough in an otherwise rivalry-fueled relationship. It also suggests that Saudi Arabia and Iran understand how inclusion in Iraqi politics and getting all parties around the same table in the Green Zone are critical to weakening the rampage that the Islamic State in Iraq and al-Sham (ISIS) has fomented since June.

Fortunately, Prime Minister Abadi’s successful bid in forming a new, broad-based national coalition government on September 8 is a crucial first step in ensuring that all Iraqis are united in containing, rolling back, and eventually degrading that threat that the Islamic State poses to the country’s national security. Yet the establishment of a cabinet is only the first step: the question is now is whether Abadi’s administration will function in a cohesive way, or revert to the same bickering and infighting that have ruined Iraqi governments in the past. Abadi’s decision to appoint long-known veterans of Iraqi politics—Hoshyar Zebari as Deputy Prime Minister; Nouri al-Maliki, Ayad Allawi, and Osama al-Nujaifi as Vice Presidents; Ibrahim al-Jaafari as Foreign Minister; Adel Abdel Mahdi as Oil Minister—could indicate present him with trouble in the future. All of the men cited are known to have big-egos; based on the current configuration, there are a total former three prime ministers is his cabinet. The notion that all four men—Abadi, Maliki, Jaafari, and Allawi—will work together in unison is a far-fetched proposition.

Iraqis, regardless of sectarian, religious, or ethnic identification, need real and lasting leadership from the men and women they elect. The establishment of a political order—including the immediate formation of a new administration encompassing all of Iraq’s communities and regions—is what is ultimately required for an effective counterterrorism strategy against the Islamic State.