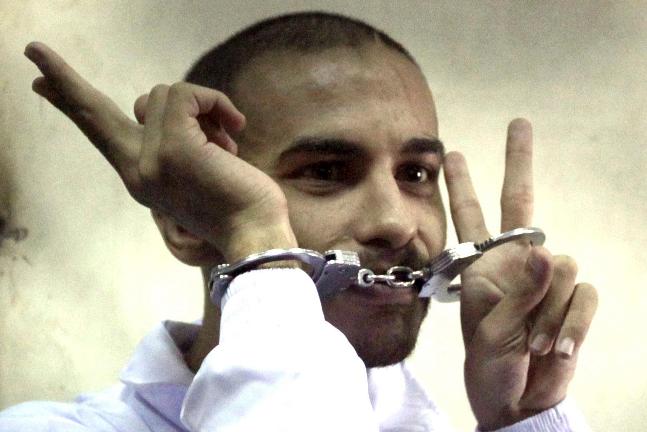 Alber Saber, a 27-year-old activist, was arrested from his home in Cairo a few days ago. Police charging into a man’s home and taking him into custody is certainly nothing new in both pre- and post-January 25 Egypt. In Saber’s case, however, a dangerous precedent has been set, one in which police actions have legitimized a continuing problem of Egyptians taking justice into their own hands.

Since the January 2011 uprising, a security vacuum in the country has necessitated Egyptians protecting themselves. Increased crime, muggings and carjackings have all left citizens feeling less than safe in a country once heralded for its security. This lack of security has led to many brutal vigilante acts when perpetrators are caught. The passing of these incidents without any real accountability is even more dangerous when examining cases that are intertwined with the already problematic and subjective concepts of freedom of speech and belief.

Saber’s case is the perfect example of this kind of incident. The outspoken atheist found his house surrounded by angry mob, as they threatened to burn it down, calling for his arrest and death. The attack on his home came amid accusations of posting the controversial anti-Islam film, “Innocence of Muslims” to his Facebook profile. Saber’s mother called the police to disperse the crowd, and found them instead arresting her son, without a warrant. A video posted on YouTube captured the moment Saber was brought out of his home and placed in a car, with police pushing back the angry crowd. He was taken to the nearest police station and charged with insulting religion.

Several Egyptian human rights groups have come out in Saber’s defense, filing a case against the interior minister and several police officers in regard to his defense. The Arab Network for Human Rights Information put out a statement saying Saber was physically assaulted, calling for his release and protection. Reports that Saber has been attacked by fellow inmates have also emerged after police informed them of the reason for his arrest.

While authorities in Egypt continue a precarious balancing act between appeasing an angered public and easing tensions, Saber’s arrest is easily an instance of authorities scapegoating the activist in order to display their ability, and willingness, to clamp down on anyone accused of insulting religion. Saber’s atheism and his outspoken criticism of Islam made of him an easy target. Amr Taki, a rights activist, told Ahram Online, "He has been writing about freedom of religion and expression for the past period of time and the residents of the neighborhood have been hostile towards him ever since.” Since his arrest, Saber has begun a hunger strike, as he continues to be held pending investigation.

Saber’s arrest was followed by the mob returning to his home and ordering his mother to leave amid similar threats that were made to her son. Arresting Saber instead of dealing with the instigators who threatened to kill the activist is sending a very dangerous message to Egypt’s public. Not only does it legitimize the mob mentality witnessed that night in front of Saber’s home, it does not bode well for civil liberties, particularly with the renewed push for the draft constitution to criminalize blasphemy. While blasphemy laws have long existed in Egypt, it is only in the past year that their use has increased, most recently applied in the sentencing of a Christian teacher to six years in prison for insulting Islam.