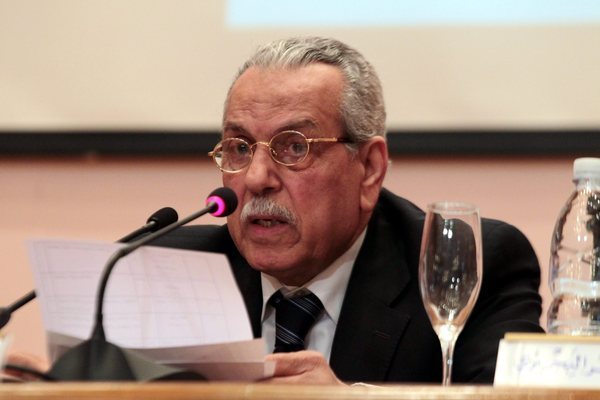 Last week, the news that the Supreme Presidential Elections Commission (SPEC) had disqualified 10 candidates in Egypt’s race for the presidency dominated the headlines.  The decision barred the three most polarizing figures who had decided to run: Hazem Abu Ismail representing the Salafi bloc, Khairat al-Shater representing the Muslim Brotherhood’s Freedom and Justice Party (FJP), and Omar Suleiman, the former spy chief and “vice president for a day” in the final chapter of Hosni Mubarak’s ouster.

Some analysts hailed the decision as an opportunity for Egypt to regain its footing in the transition by finding a “consensus” candidate, while other commentators welcomed it as a sign of Egypt’s judicial independence (the commission consists of 10 members, headed by the Chief Justice of the Supreme Constitutional Court, the most senior serving Deputy President of each of the Supreme Constitutional, the Court of Cassation, and the High Administrative Court, and the President of the Cairo Court of Appeal). In the high-stakes and fast-moving game of Egyptian presidential politics, however, a major shakeup such as this is probably not a benign act of serendipity, and may very well be part of a more sinister plan with undemocratic implications for the upcoming race.

In the wake of a walkout by at least a quarter of the members of Constituent Assembly, the Administrative Court’s decision to halt its formation pending further judicial review flipped the Supreme Council of the Armed Forces’ (SCAF’s) proposed timetable on its head. Confronted with a threat to its influence over the constitutional draft and the surprise move by the Muslim Brotherhood to field Khairat al-Shater as a candidate, the SCAF unofficially introduced Omar Suleiman as the candidate who could help the generals regain their control over the process. The common thinking suggested that, with Suleiman in charge, the debate over the “constitution first or elections first” would not matter given that in either scenario, Suleiman could guarantee the protection of the military elite’s privileges and reign in undue parliamentary (or revolutionary) dissent.

Yet, the peculiar choice of using such a controversial candidate – one who represented the old regime and its oppressive nature – was only moderately questioned. Activists, liberals, and Islamists simply assumed that Suleiman’s bid reflected the SCAF’s clumsy attempt to control the seat of power. Under the old constitutional rules, the position of the president provided plenty of influence and control that would extend the SCAF’s authority into the post election phase. Not surprisingly, the natural backlash placed Suleiman under intense scrutiny with all efforts – from the “disenfranchisement bill” to street protests – focused to exclude him from the presidential race. Hazem Abu Ismail’s candidacy fell under scrutiny over his mother’s background as a US citizen and Khairat al-Shater’s conviction in 2006 also returned to haunt him. With all three candidates disqualified by the SPEC and their appeals rejected, the SCAF successfully managed to indirectly bypass one of the challenges to its management of the transition: the irrefutability of the SPEC’s final decisions.

As the date of the presidential election approached, political forces escalated calls for the amendment of Article 28 of the Constitutional Declaration that strips the right to legally or constitutionally challenge the decisions issued by the SPEC. In March, the issue reached the People’s Assembly but the FJP rejected calls to amend the provision, citing the need for a logistically impractical referendum to change any part of the Constitutional Declaration. Chairman of the Supreme Constitutional Court, Farouk Sultan, currently the head of the SPEC, warned that “Opening the door for appealing against the decisions of SPEC, especially its decisions about the results of the presidential election, will leave the legitimacy and constitutionality of the elected president on shaky ground and this is quite dangerous for the political stability of Egypt.” The disqualification of ten presidential candidates gave the SPEC an opportunity to flex its muscles and test the immunity of its decisions. Having successfully blocked the candidates’ appeals in this controversial ruling, the SPEC seems to have consolidated its authority in a way that could preempt future challenges to its ruling on election results.

While some may regard the SPEC’s decision as a positive exercise of judicial independence that could pave the way for the emergence of a consensus candidate, others worry that Sultan’s questionable credentials and alleged complicity in vote rigging during the Mubarak era suggest that he remains a tool of the old regime. Furthermore, as seen by the release of American and other foreign NGO workers, the SCAF clearly has a considerable degree of influence over the judiciary. An alternate theory to the events of the past week posits that the SCAF intentionally set up Suleiman’s bid for president to fail in order to strengthen the SPEC’s position and rid itself of the threat of an Islamist takeover. In doing so, it could possibly influence the SPEC’s decision to favor a president of the SCAF’s choosing in a decision that could not be challenged. The protests scheduled for Friday, April 19, demanding that presidential elections remain on schedule to take place before the constitutional draft, may actually play into the SCAF’s overarching calculations to maintain control over the process and guarantee its immunity from civilian oversight.

Whether the tactic encompasses part of the SCAF’s grand design or simply entails dumb coincidental luck, the threat it poses to a fair and transparent presidential election is evident. Observers should keep a close eye on the voting and counting process to mitigate the dangers of potential vote rigging to avoid ending up with an undemocratically elected candidate who lacks the credibility and the legitimacy to bring Egypt’s transition to a close.