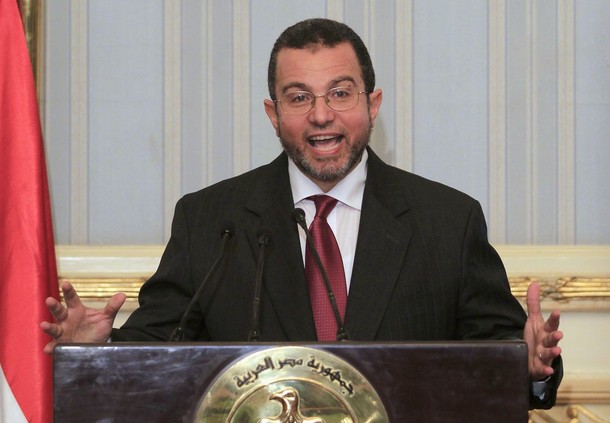 Ahram Online has published a list of 34 of the 35 Ministers that have been appointed in Hesham Kandil’s cabinet. The only minister who has yet to be named is the Minister of Civil Aviation.

The selections have been plagued by numerous issues. Liberal, socialist and conservative politicians have refused to play any part in the new government. Many politicians, among them former member of parliament and member of the Social Democratic Party Emad Gad, wish to leave the burden of responsibility entirely with the Muslim Brotherhood. The ultraconservative Salafi Nour Party rejected the only offered position of Environmental Minister, deeming it an insult.

The new cabinet, one that can be described as Egypt’s first truly post-revolutionary has been widely viewed as a continuation of the previous regime, and one does not inspire confidence for reform. Among the ministers, only two are women, both of which are holdovers from Ganzouri’s government, one of which is the only Christian Copt among them.

Speaking at a press conference in which he announced the new ministers, Kandil said, “This is the people’s government, it does not belong to this or that trend.”

The new ministers, as published by Ahram Online are:

3. Minister of Communication: Engineer Hani Mahmoud. Head of the Information and Decisions Support Centre of the cabinet

4. Minister of Civil Aviation: Yet to be announced

6. Minister of Defence: Hussein Tantawi. Head of the Supreme Council of Armed Forces (SCAF). He has served as defence minister since 1991, under seven different governments

10. Minister of Environment: Khaled Abdel Aziz. Assistant professor in the National Institute of Planning in The Economic Forecast Center 2004-2011; now an advisor to the Center

15. Minister of Housing: Tarek Wafiq. Engineer; Head of the Housing Committee within the Freedom and Justice Party (FJP)

16. Minister of Information: Salah Abdel Maqsood. Journalist; prominent Muslim Brotherhood figure, and longstanding member of the board of the Journalists’ Syndicate

18. Minister of Insurance and Social Affairs: Nagwa Khalil. Retaining seat from Ganzouri’s cabinet; previously held position at the National Centre for Social and Criminological Research; was member of the fact-finding committee that was mandated with investigating the violent events that occurred during the January uprising

22. Minister of Manpower: Khaled El-Azhary. Leading member of the Brotherhood’s FJP; MP of the now dissolved parliament; active trade unionist appointed to the board of Egypt’s Trade Unions Federation after the fall of Mubarak

24. Minister of Parliamentary Affairs: Mohamed Mahsoub. Board member of the centrist Al-Wasat Party; member of the Constituent Assembly

26. Minister of Planning and International Cooperation: Ashraf El-Araby. Former head of the technical office of minister of planning under long-serving Faiza Abul Naga

29. Minister of Sports: El Amry Farouk. Businessman; member of the Ahly Club board.

32. Minister of Trade and Industry: Hatem Saleh. CEO of Gozour Food Industry Group, a subsidiary of Citadel Capital; deputy head of El-Hadara Party formed after the January 25 revolution by a number of reformist leading members of the Muslim Brotherhood leading members