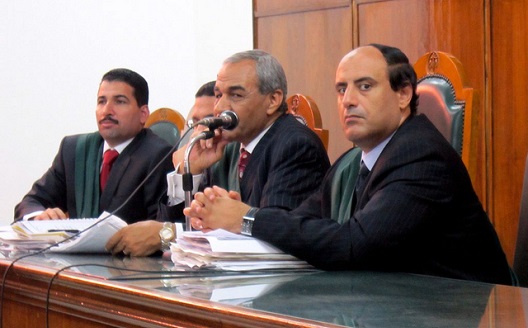 Of Egypt’s many state institutions, the judiciary has had a significant effect on—and was most affected by—the Egyptian revolution. Over the last three years, the Egyptian judiciary’s rulings and decisions has played an influential role in Egypt’s trajectory, prompting some to say that it was driving the transition. At the same time, the judiciary has been influenced by the conflicts and political polarization in the wake of the revolution. In this setting, and in the context of repeated demands for structural reforms of various Egyptian institutions, some questions arise as to how to achieve judicial reform.

Demands for the reform of Egypt’s institutions, including the judiciary, are as old as the institutions themselves. In fact, many Egyptian judges have long called for amendments to the law on judicial authority that regulates the work of the judiciary, in order to guarantee the independence of the judiciary from the executive branch and improve its efficiency as an institution. These demands emerged as early as 1986, at the first judicial conference held under former president Hosni Mubarak. However, the need for reform has become even more crucial in the context of the massive political and social changes that have unfolded in the last three years. However, the major challenge has been how to achieve the desired reforms

On the one hand, the judiciary is a conservative institution by nature. It has a deeply engrained tendency to preserve the “status quo” of inherited traditions that have been developed over the decades. As a result, the judiciary has a perpetual sensitivity toward reform, especially when it does not come from within the judicial establishment. This leads to an important conclusion: the judiciary itself must be involved in the reform process. Otherwise, the process will be fraught with risks and prone to failure. The confrontation between the judiciary and the Muslim Brotherhood under the rule of former president Mohamed Morsi is an example of this kind of failure. Morsi’s regime adopted a confrontational strategy with the judicial institutions under the banner of reform. Morsi’s issued his November 2012 constitutional declaration and his government attempted to amend the Judicial Authority Act, in the first half of the year 2013. However, the regime was met with fierce resistance from the majority of the judges, leading many to conclude that the Egyptian judiciary was a major cause of Morsi’s eventual fall. This leads to the question of the appropriate political climate in which to carry out judicial reform. The Egyptian experience proves that institutional and judicial reform, whatever this reform may be, in a climate of sharp polarization is a process that is doomed to failure before it begins.

In this context, the greatest challenging facing the Egyptian judiciary is not achieving judicial independence but rather is increasing “the professionalism of the judiciary.” Contrary to what some believe, the decisions issued by the Egyptian judiciary in recent months and years were not the result of a lack of judicial independence, and its subjection to the influence of the governing regime, whether before or after July 3, 2013. Rather, the decisions issued by the judiciary were an act of the judiciary itself, regardless of the political influence of particular judges arising from their personal beliefs.

To improve judicial professionalism, the issue of judicial appointments must be addressed. One of the proposals in this regard is the establishment of a judicial academy whose mission would be to select new judges and train them, in recognition of the fact that the current process of selecting judges is influenced by personal connections or status. The appointments process should be reformed to focus on skill and technical ability, in addition to personality. The proposed judicial academy could play an important role in measuring and developing these skills.

Another step on the road to judicial reform in Egypt must be changing the Supreme Judiciary Council’s membership system. This council consists of seven judges tasked with overseeing all administrative and financial aspects of the judiciary’s management. Membership in this council is determined by seniority, and membership is limited to the seven most senior judges. Reliance on the principle of seniority in the Egyptian judiciary is an old tradition; however, the new reality in Egypt –revealed by the 2011 revolution – is that the gap between generations clearly needs to be filled. Perhaps this explains why the Egyptian government has repeatedly talked about empowering young people and appointing them to government positions. In the judicial context, this can be achieved by broadening the membership of the Supreme Judiciary Council to nine judges, such that the two additional seats are reserved for young judges from the courts of first instance, selected by the general assemblies of the courts of first instance. This change guarantees that the voice of young judges, with their desire for reform, would be heard.

The road to institutional reform is paved with complicated and intertwined challenges, particularly when it comes to the judiciary. Egypt is in need of a comprehensive reform strategy that does not seek to destroy the old order and replace it with something new, but rather, a gradual strategy to reform the old in a way that preserves the structure of the institution itself.