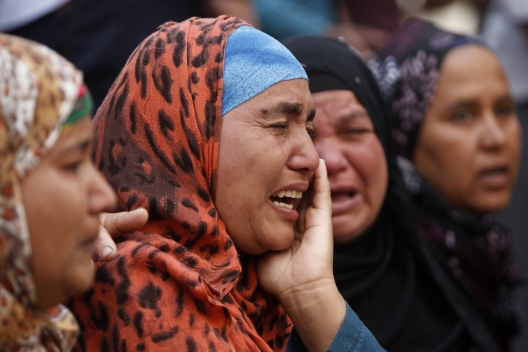 Through the recent spate of death sentence rulings and an apparent unwillingness to challenge the interim government, Egypt’s judiciary has positioned itself as a close ally to the regime, undermining any illusion of impartiality. But how did Egypt’s judiciary get to such a perilous state, and what does this mean for Egypt’s prospects for democracy?

Before January 2011, Egypt’s judiciary had long been a reasonably independent democratic institution with respect to the autocrat’s influence: actions of former President Hosni Mubarak have been openly opposed by Egypt’s judges. This was an example of the judiciary’s “very strong sense of loyalty to the Egyptian state,” rather than any particular political leader. Despite the judiciary having been shaped by regular appointments and political court packing by Mubarak, the judiciary presented a possible hope toward creating real democratic institutions in Egypt. This was because the existence and relative importance of democratic institutions within an authoritarian regime would have bearing on how the transitional phase proceeded.

However, after Mubarak was toppled and former President Mohamed Morsi elected, the judiciary became its own political actor in Egypt. In order to reverse Mubarak’s loyalist court-packing of the judiciary, the 2012 constitution allowed for Morsi to engage in forced retirements. This led to a rivalry of sorts between the judiciary and the Muslim Brotherhood’s Morsi, including the court-ordered dissolution of the Islamist-dominated People’s Assembly and culminating in Morsi’s November 22 decree holding presidential actions beyond judicial review. A few weeks later, Morsi supporters blocked access to the Supreme Constitutional Court, forcing the judges to postpone a ruling on the constituent assembly and Shura Council, both also stacked with Islamists members. This episode set the tone for the derision the judiciary holds with respect to the Muslim Brotherhood today.

Since the interim government took control on July 3, 2013, the judiciary has struck down no governmental action where challenges could have, and should have, been made. No judicial organ has challenged either the protest law or the terrorism law, the language and enforcement of which likely violate constitutional Articles 54 and 55 regarding due process guarantees, Article 65’s freedom of expression, and relevant articles of the International Covenant on Civil and Political Rights. The judiciary has actually aided the interim government’s persecution of its perceived enemies by convicting dissidents under the aforementioned laws, declaring the Muslim Brotherhood a terrorist organization, jailing journalists, and now banning the secular April 6 Movement.

The most dramatic episode of judicial bias has been the sentencing of over 1,000 Morsi supporters to death for the killing of several state security officers, other violence, and incitement to violence. Specifically, On March 24 a Minya judge convicted 529 people to death. 37 of those convictions were upheld on Monday, as the rest were lowered to a life sentence (25 years in prison in Egypt). These convictions will be appealed by the defense once more, while the prosecutor general has already filed an appeal today. On Saturday he handed down a sentence of 57 to 88 years to 11 defendants, on Sunday he sentenced 42 more for up to fifteen years in prison, and on Monday another 683 were sentenced to death. Among those sentenced on Monday is the Muslim Brotherhood’s Supreme Guide, Mohamed Badie. Egypt’s courts have also sentenced several secular activists, among them the founding member of April 6, Ahmed Maher, to three years in prison. These decisions have come without even the façade of due process, and Egypt has not seen complementary trials of security officials for the death of nearly 1,000 people during the clearing of the Raba’a sit-in. Almost all security officers charged with killing protesters in the lead up to Mubarak’s ouster have been found not guilty.

Perhaps more important than the jurisprudential precedents these actions set, is the extent to which they have undermined any confidence in the judiciary as an objective arbiter of the law. Because the branch is unelected, its legitimacy lies not with reflecting popular will, but maintaining popular faith that it operates without political bias and instead maintains a large degree of fidelity to the constitution and notions of justice. However, judges have frequently affirmed laws, either actively or complicity, which are overly vague, in violation of international law, and prima facie unconstitutional. Moreover, the judiciary has dutifully sentenced regime enemies to death or lengthy prison terms on spurious grounds. Going forward, the perception of the courts as another arm of either the military or the government will give opposition parties and dissenting organizations no incentive to take disagreements to the courtroom.

Trust in democratic institutions must slowly be built in the political culture of transitioning societies if democracy is to consolidate. By politicizing their decisions, the judiciary has removed itself as a possible trusted conflict mediator for any group, especially the Muslim Brotherhood. Even if free and fair elections bring forth a popularly elected legislature, that branch is unable to sanction the rulings or members of the judiciary, insolating judges from any structural need to respect popular will. As such, the Egyptian people have little reason to believe that justice will be done when they go to the courtroom, thus incentivizing other avenues of conflict resolution, such as increased violence. The judiciary’s self de-legitimization has undermined the rule of law and will prevent Egypt from consolidating democracy until judges can be viewed by a vast majority of the citizenry as impartial.

Image: Photo: Relatives and families of Muslim Brotherhood members and supporters of ousted President Mohamed Mursi react in front of the court in Minya, south of Cairo, after hearing the sentence handed to Muslim Brotherhood leader Mohamed Badie and other Brotherhood supporters April 28, 2014. An Egyptian court handed down a death sentence to Badie, the Brotherhood's general guide, and 682 supporters. REUTERS/Mohamed Abd El Ghany