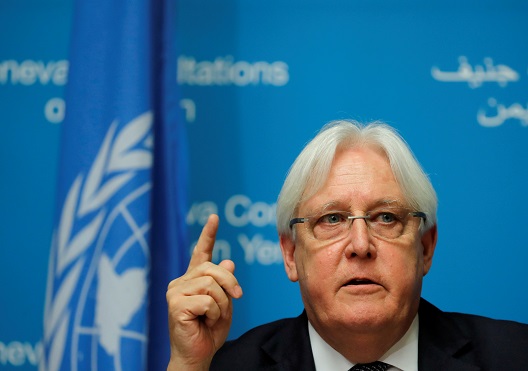 With the high and ever-growing civilian death toll of Yemen’s civil war, the acute need for peace contrasts sharply with the sparse hopes of a peace process. After months of delays, the government and rebel forces announced on November 19 their intentions to temporarily freeze military operations and convene for negotiations in Sweden. The success of these talks will depend on whether the parties can effectively apply the lessons of past peace talks to structure a new peace process for Yemen.

Since the outbreak of hostilities in March 2015, fighting between the US-backed Saudi-led coalition and Iranian-backed Houthi rebels has produced what United Nations (UN) Secretary General Antonio Guterres called the “world’s worst humanitarian crisis.” There are widespread food and water shortages, and nearly 13 million civilians are at risk of starvation. Deadly fighting continues, with 150 people reported killed in clashes at the port of Hodeidah on November 12.

In December 2015, former UN Envoy Ismail Ould Cheikh Ahmed tried to negotiate an end to the conflict with peace talks in Switzerland, followed by talks in Kuwait that spring. However, the process stalled in August 2016 when the Houthis rejected the UN’s plan and the government negotiators walked out of the talks.

Enthusiasm for renewed talks materialized earlier this year with the appointment of a new UN Special Envoy, Martin Griffiths. On August 9, hours after airstrikes by the Saudi-led coalition sparked global outrage by killing civilians near a hospital and fish market, Griffith announced that he would convene talks to revive the stalled peace process. The UN plan, which is not publicly available, reportedly sought a security arrangement in which the Houthis would relinquish their ballistic missiles in exchange for an end of coalition. The plan also called for an eventual political arrangement that would include Houthi representation in a unity government.

However, representatives of the Houthi movement opted not fly to Geneva for those talks. They announced that they would not appear until they received assurances about transport for wounded Houthis out of Yemen, repatriation of individuals in Oman seeking to return to Yemen, and the safe return of their delegation to Sana’a after the talks. As news of the failed talks spread, fighting broke out around Hodeidah, leaving over eighty dead. The casualty count continues to rise since the government resumed its offensive to retake Hodeidah in September, a move that threatens the security of the city’s three hundred thousand residents.

Amidst Yemen’s stalled peace talks, deadly missile strikes, and ongoing humanitarian crisis, it is crucial to remember that this is not the first global conflict to feature these dismal signs. In Yemen, the warring parties are in a stalemate that comes with an extremely high cost for both sides, as well as civilians. The question is: can a peace process begin nudging the parties toward an arrangement where small changes in the balance of power will not plunge the country back into conflict? Fortunately, the last quarter-century of peace negotiations and comparative state practice has provided practitioners with lessons learned and best practices for confidence-building measures, security assurances, and track II diplomacy strategies that can—and do—help guide efforts to bring Yemen’s warring parties to the table.

To begin, the UN envoy could make greater use of shuttle diplomacy, as was utilized during negotiations in the former Yugoslavia. When the Houthis were required to transport themselves to Geneva, peace talks stalled. Conversely, when Griffith traveled directly to the Houthis in Sana’a, they made progress, signing a six-month agreement for airlift transports of critically ill individuals abroad. By traveling directly to the parties, the envoy absorbs the security risk and increases his ability to connect with the groups. While the next round of talks is slated to be in Sweden, the envoy should consider traveling to Yemen for follow up talks or back-channel negotiations.

UN negotiators can also open additional lines of communication, either by establishing safe zones where the negotiating team can securely operate in-country, or by garnering the support of respected, non-combatant elders from factions not directly involved in the conflict who can function as proxies during talks. Later, when there is enough trust for longer talks to occur outside of the parties’ home bases, UN mediators should encourage the parties to appoint a second tier of leaders that can travel to external locations and negotiate on the core leaders’ behalf.

The likelihood of successful negotiations would also increase substantially with the implementation of confidence-building measures designed to establish trust between the warring parties and the UN envoy. These measures, which were critical to the Northern Ireland peace process, may include aid deliveries, prisoner swaps, promises of financial assistance in reconstruction efforts, or an airlift for injured personnel, such as the Houthi evacuation Saudi Arabia confirmed it would allow on November 12.

As trust is built, it will be easier to establish a cessation of hostilities, which in turn can be leveraged into a partial ceasefire. Although a nation-wide ceasefire is the ultimate goal, all parties should be willing to accept partial and rolling ceasefires as a stop-gap measure. These establish a degree of normalcy for civilian populations in most of the country and serve as initial steps toward a more robust security agreement.

Achieving a comprehensive agreement is a daunting task, but there are two framing principles that can help warring parties visualize the zone of agreement: the best alternative to a negotiated agreement (BATNA) and the delineation of each parties’ points of no compromise (red lines). A productive negotiation will find options that are better than each party’s BATNA, the range of which is expanded by loosening each side’s red lines. As applied to Yemen’s civil war, this framing tool urges negotiators to focus on political solutions that either balance power without requiring the Houthis or the coalition-backed government to forfeit critical interests (finding space between the red lines) or set up a system with incentives for the parties to compromise (loosening their red lines). For example, if the government’s best alternative is a military attack on Hodeidah, and the Houthis’ red line is losing the port of Hodeidah, the negotiator will work to create an alternative where both sides’ interests in Hodeidah are satisfied. In this scenario, the government would not feel the need to continue the offensive, and the Houthis would not lose all access to the port.

However, security arrangements in Yemen will not be durable without the creation and acceptance of a new political order in which power is shared—and it cannot be won at gunpoint. Therefore, any framework for negotiation will focus heavily on visualizing political power-sharing arrangements. At its core, the peace process will be about figuring out who gets what, when, where, how, and why. Yemen has a unique advantage here. The National Dialogues that occurred over 2013 and 2014 codified an understanding of what Yemeni civilians hoped for in a post-war Yemen. This platform can be utilized as a foundation for constructing durable post-conflict arrangements.

Finally, negotiators may be hesitant to introduce calls for accountability into the process, fearing that this may disincentivize parties from coming to the table. It is critical, however, that the parties are aware of the ramifications of their behavior in the battlefield. Even if precise transitional justice mechanisms—whether a tribunal, international court, or otherwise—are not yet solidified, the parties should realize that all pathways to peace will come with justice.

Paul R. Williams holds the Rebecca I. Grazier Professorship in Law and International Relations at American University and is a co-founder of the Public International Law & Policy Group.

Jessica Levy is a Research Fellow on Justice, Peace, and Security at the Public International Law & Policy Group.