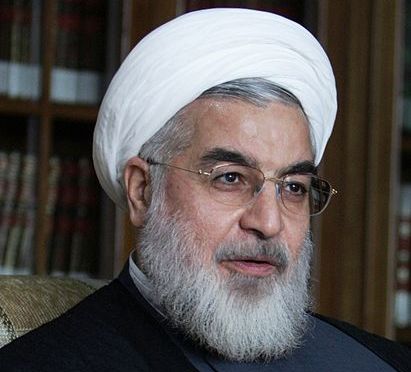 Since the surprise election of Hassan Rouhani as Iran’s next president, most expert commentary has focused on the potential to improve US-Iran relations and resolve the long-running dispute over Iran’s nuclear program. However, the replacement of the abrasive Mahmoud Ahmadinejad by a veteran negotiator nicknamed the ‘diplomat sheikh’ could also provide an opportunity to ease growing sectarian tension in the region and to tamp down the civil war in Syria.

During the sixteen years (1989-2005) Rouhani served as secretary of Iran’s Supreme National Security Council, Iran’s relations with Saudi Arabia improved from the low points of the 1979 revolution and the 1980-88 Iran-Iraq war. At his first news conference as president-elect on Monday, June 17, Rouhani noted that he had signed a security agreement with the Saudis in 1998 and suggested that repairing the breach with the House of Saud would be a major priority for his administration.

Iran intends to have “friendly and close relations” with neighboring states, especially Saudi Arabia, Rouhani said. In regard to Saudi Arabia–a principal backer of opposition forces battling the Iran-supported Assad regime–Rouhani added, “We are not only neighbors but brothers.”

In the past, both Saudi Arabia and the United States have rejected Iranian participation in Syria peace talks but that attitude may shift with Rouhani in the presidency. Saudi King Abdullah was quick to congratulate Rouhani on his victory.

France, which had vehemently opposed Iran’s presence at a proposed Geneva conference, also appears to have softened its view. “My position is that if he [Rouhani] can be useful, yes, he would be welcome” at the conference, French President Francois Hollande said Tuesday at the G-8 summit in Northern Ireland, Agence France Press reported.

Russia–Bashar al-Assad’s other principal backer–has insisted that Iran attend any new talks. President Barack Obama’s administration, after first opposing this, has waffled, noting that the invitations will come from the United Nations (UN), as though the United States had no say in the matter.

However, Syrian rebel forces, which experienced a number of setbacks in recent weeks at the hands of Hezbollah, Iran’s Lebanese partner, reject Iranian participation. One way to finesse the dispute would be to have the opposition and representatives of the Assad government alone in a room with UN mediator Lakhdar Brahimi while interested outside parties meet on the sidelines.

Given the rising casualty count–nearing 100,000–and the crimes committed by both sides but in particular by pro-Assad forces, resolution of the Syrian conflict looks unlikely in the near future. The Obama administration is now sending small arms directly to the opposition and there is no sign that Russia or Iran are scaling back support for the Damascus government.

However, Rouhani suggested an Iranian willingness to see a political transition in 2014, when Syria is scheduled to hold presidential elections. “The ones who should decide [Syria’s government] are their own people,” Rouhani said at his press conference. The remark triggered spontaneous applause from Iranian reporters.

Iran’s support for Assad is extremely unpopular within Iran, where people resent seeing their dwindling oil revenues spent on foreign causes. Although Rouhani cannot decide the extent of Iran’s involvement in Syria–that decision will be made by Supreme Leader Ali Khamenei and Iran’s military and security establishment–the new president may be able to influence Iranian policy by pointing to the Syrian war’s rising diplomatic and economic costs.

Iranian backing for Syria–a close ally since 1980–has infuriated Sunni Arab states and undermined chances for what Iran had hoped would be a rapprochement with Muslim Brotherhood-led Egypt as well as undermining Iran’s relations with the Palestinians.

In the past, the Muslim Brotherhood had a favorable attitude toward Iran, which it viewed as far more democratic than the regime of Hosni Mubarak. But that attitude shifted after Iran’s 2009 crackdown on pro-democracy demonstrators and even more so in the wake of the Syria war.

Last weekend, Egyptian President Mohamed Morsi announced at an Islamist gathering that Egypt was closing the Syrian embassy in Cairo and withdrawing the Egyptian ambassador from Damascus. Morsi also obliquely criticized Iran, referring to “some regional power that Egypt is obliged to deal with” but omitting mention of Iran when discussing Egypt’s efforts to mediate a Syria settlement in coordination with Saudi Arabia and Turkey.

Hamas has also distanced itself from Syria and Iran and even Hezbollah–once venerated for its “resistance” against Israel–has seen its popularity plummet in Sunni majority Arab countries. Indeed, the Sunni-Shia divide in the Middle East has rarely been deeper.

If Iran hopes to benefit from the rise of Islamist movements in the region, it needs to help resolve the conflict in Syria. While Iran is known for playing its cards well in chaotic situations, the Syria crisis is also undermining stability in Iraq, now ruled by a Tehran-friendly Shiite government.

It is far too soon to expect Iran to change policies that have provided it with deterrence and enhanced its regional profile for decades. But the Obama administration should be willing to broaden the conversation and talk about more than just the nuclear issue. That will give Iran assurance that the United States accepts it as a major regional player and could benefit the nuclear negotiations as well.

Barbara Slavin is a senior fellow in the South Asia Center of the Atlantic Council and Washington correspondent for al-Monitor. Photo Credit.