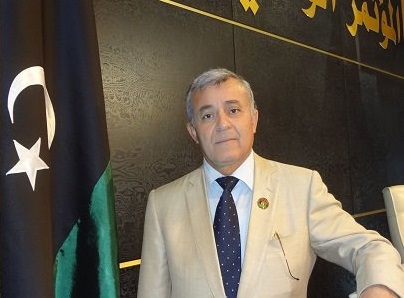 With the election of Nouri Ali Abu Sahmain on June 25, the Libyan General National Congress (GNC) is now under new leadership; the general public in Libya seems content with these results, as do leaders in major capitals around the world who have been closely monitoring these developments. Abu Sahmain is a member of the Amazigh (Berber) community, an ethnic minority long marginalized and repressed by the previous regime that has not played a significant leadership role in Libya since 1919 when Amazigh leader Sulaiman Barouni was president of the short-lived Tripolitanian Republic.

In a country where sociopolitical identities are driven more by tribe or geography, however, the election of Abu Sahmain is not without concerns. The previous GNC president, Mohamed Magarief, hailed from the eastern provinces, and there had been a general consensus leading up to the election that the next GNC leader should also be from the east to reassure that part of the country of its value and to mollify geographical cleavages. Yet, Abu Sahmain is from the western town of Zuwara, and this may contribute to Libyans in the east feeling isolated or neglected by authorities in Tripoli.

Although elected as an independent, Abu Sahmain is an independent in label only. His political leanings endear him more to Islamist factions, and he has been a member of the Islamist bloc known as “Martyrs Loyalty” headed by Abdel Wahab al-Qaid. As a result, rumors are percolating in Libya of a gradual Islamist takeover of the country’s political institutions. Of course, like all conspiracy theories, this ought to be taken with a grain of salt, but it is worth considering because it reveals the level of paranoia pervading the country.

The GNC elections in July 2012 left Libya’s Islamist political factions in the minority. Since then, these groups have made every effort to acquire power through other means. The adoption of the Political Isolation Law in May 2013 is an obvious example, as the Islamists pressed hard for the measure to be passed. The law bars ex-associates of the former regime from public office, opening up the space for Islamist candidates to gain a greater foothold. Militias sympathetic to the Islamist bloc lay siege for several weeks to government ministries and the GNC, ratcheting up the political and physical pressure on the assembly to take up the draft bill. Their campaign was successful. Following the adoption of the law, many officials resigned, including Magarief, former head of the GNC and the man whose position Abu Sahmain now fills.

But even before the dramatic climax of the Political Isolation Law’s passage, Islamists advocated for more Islamist-leaning candidates and pressured the government to replace Minister of Interior Ashur Shuwail, which it did with Khalifa al Sheikh (even though his allegiances are not necessarily sympathetic to Islamist tendencies). Similar calls have been made to replace Minister of Defense Mohamed Mahmoud al-Barghati, although that has not yet happened. Given this modus operandi, conspiracy theorists argue that Islamists have now set their sights on two new targets: Salem Hassi, Libya’s head of intelligence and a close ally of Prime Minister Ali Zidan, and Sadeq al Kabir, governor of the Central Bank of Libya whom Islamists perceive as having turned his back on them after they initially advocated for his appointment. Now that the new head of the GNC hails from the western part of the country, there is yet another option: to vote out Zidan and replace him with an easterner (perhaps Deputy Prime Minister Adwan al-Barasi who is close to the Islamist Justice and Construction party) as the prime minister.

These theories are too much of a stretch perhaps; but it is rooted in the Islamists’ projection of self-assurance. Founded or not, this idea seems to be increasingly internalized by the public: with their strong connections to some of the most powerful militias, Islamists are the only ones capable of bringing order and security to the country. That such power projections are possible is a sign of the state’s weakness and failure to offset attempts to undermine government institutions. The loosely-aligned secularists under Mahmoud Jibril’s National Forces Alliance have brought about their own political marginalization because of their fragmentation and lack of leadership.

This is not to frame the situation as one of a state pitted against non-state actors or Islamists versus secularists. In some ways, the political juggling can be viewed as a healthy aspect of any nascent, embryonic democracy. Given the lack of security throughout the country, it is rather remarkable that more excessive armed force is not being blatantly utilized to push for a particular agenda. Islamists and certain militias have tacitly worked together for political change, sometimes violently, but the level of violence that taints their lobbying efforts will be curbed as security is restored and the long-term relegitimization of the state is established. While headlines of violence make it hard to comprehend, there are limits to the power that the Islamists and militias wield. The Libyan people have, on many occasions, revolted against militias that have tried to take power by illegal means.

Indeed, what we are observing is an informal, unspoken system of checks and balances. The political activism of the Islamists serves as a wake-up call to Libya’s leadership to begin concretely meeting the needs of the country if they do not want to be pushed out or made irrelevant. In the meantime, it is the Libyan people’s bravery in the face of intimidation tactics that keeps radicals and militias in check as they pursue their quest for power.

Karim Mezran is a senior fellow at the Rafik Hariri Center for the Middle East at the Atlantic Council.