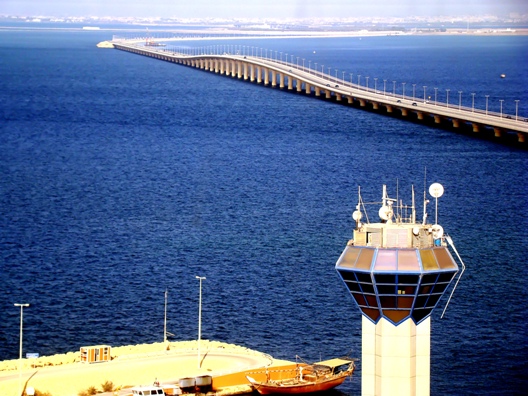 In the first three years of the Arab Awakening, Saudi Arabia has undertaken an uncharacteristically assertive foreign policy. As a status quo power in a rapidly changing region, Saudi Arabia sought to counter potential Iranian gains and to maintain control over its regional sphere of influence. It decisively intervened against the political uprising in Bahrain, it backed the military insurgency in Syria, and it strongly supported the Egyptian military in its overthrow of the elected government of President Mohammed Morsi and its subsequent suppression of the Muslim Brotherhood.

March 7 marks the day the consequences of all of these foreign entanglements were brought back home. The Saudi decision to include the Muslim Brotherhood in a sizeable list of terrorist organizations banned within the Kingdom is historic, and potentially no less consequential than the Egyptian decision that preceded it. The decision sets Saudi on a course to remake Islamic politics in the heartland of Islam: a goal that can only be achieved through a precipitous rise in repression.

The Arab Awakening presented a sustained challenge to the authoritarian politics of the Arab countries. Given the centrality of Islam in public life, the debate over the political role of Islam and of Islamist movements was always going to be a major element of the ensuing political struggle over the character of the new, more democratic politics. Saudi Arabia is the one Arab state with the most at stake in how that contest concludes.

Saudi Arabia relies upon its Salafi loyalists and the guardians of Wahhabi orthodoxy for social order and political control. But political arguments in the Kingdom are filtered through a rich Islamic political field where loyalist-Salafis compete with movement-Salafis, Salafi jihadis, Muslim Brotherhood networks, and post-Islamist youth. The empowerment of Arab publics threatened to elevate the demands of movement-Islamists seeking a greater political voice and government accountability.

The increase in Islamist political demands for a political opening within Saudi Arabia became clear with the issuance of two petitions in early 2011calling for more political rights and the release of prisoners arrested on terrorism charges. New post-Islamist youth networks also upped their profile in the Kingdom, media. While these new mobilizations did not threaten the Saudi government, they did raise unease in a period of unprecedented uncertainty. As Saudi actions abroad elicited corresponding reactions in their domestic Islamic field, the unease grew.

The entry of the Saudi-led forces of the GCC Peninsula Shield Forces to end Bahrain’s unrest prompted solidarity protests by some Eastern Province Shia on behalf of their Bahraini brothers. Saudi Arabia’s involvement in the Syrian war was initially a welcome means of countering Iranian influence and of subtly turning the character of the Arab uprisings from citizen’s revolts to a Sunni liberation campaign.But when its own citizens entered a fight enjoined by al-Qaeda-linked global jihadists, the potential domestic dangers mounted.

Saudi Arabia’s championing of the military government in Egypt presents an even more vexing foreign and domestic nexus. Days after bloody crackdown on Muslim Brotherhood protestors and their supporters gathering in Raba’a square, Saudi religious figures—many associated with Muslim Brotherhood networks—issued a statement openly condemning the coup in Egypt as well as those countries supporting it. The statement was noteworthy not only for its open disagreement with the Saudi government and state ulema, but also for its emphasis on president Mohamed Morsi’s legitimacy as an elected leader, and characterization of the Egyptian military’s actions as traitorous.

The terrorism law approved by the cabinet in mid-December and the consequent royal order issued by King Abdullah a month later reflect the Saudi government’s conclusion that its regional strategic commitments will require more control over Islamic movements within the Kingdom. It also signals that the government will brook no dissent. Together they set a criminal penalty of 3-20 years for participating in hostilities outside the Kingdom or belonging to radical religious or intellectual currents inside. The legislation was largely welcomed both inside the Kingdom and by Western governments who fear the spread of jihadist networks from the fighting in Syria across the Middle East.

The subsequent clarification issued by the ministry of interior on March 7 spells out the application of the law in more detail, both in the specific groups banned—al-Qaeda, Jabhat an-Nusra, ISIS, Hezbollah of Saudi Arabia, Houthis, Ansar Allah, and the Muslim Brotherhood—and the expansive interpretation of what constitutes a threat to the unity of the Kingdom. It is a long list. Belonging to one of these groups is deemed a crime, but so is associating with them at home or abroad, or showing any support or sympathy for their causes via media and social media. Indeed attachment to any party, organization, or trend deemed beyond the Saudi interpretation of Islam is outlawed, as is attending any event deemed a threat to the security and unity of society. Calls for participation in protests, demonstrations, gatherings as well as the traditional form of dissent, the petition, are forbidden. Contacts with foreign governments that besmirch the Kingdom or its people are prohibited.

It is hard to see how any dissent can survive this draconian law. Its severity is certainly a reflection of the high stakes game the Saudis are playing. The Kingdom has linked its strategy and perhaps its fate more tightly with its Egyptian client. Both appear to be seeking the elimination of Islamist activism outside the purview of the state.

The diplomatic—and perhaps economic—boycott of Qatar should be interpreted within this framework. Qatar’s danger lies not simply from its continuing support for the Muslim Brotherhood in Egypt, but rather in its translation of this support into the Gulf milieu. Providing a home for dissident Gulf voices (some Saudi) to continue to question Egypt’s legitimacy as well as the foreign policy of Saudi Arabia and the United Arab Emirates undermines the unified narrative Saudi Arabia is attempting to achieve.

“You-are-with-us-or-you-are-against-us” is an understandable reaction to uncertainty. But it may be a counterproductive course in today’s unpredictable Middle East, where strategic flexibility is an asset. The Muslim Brotherhood and related Islamist movements have thousands of supporters within the Gulf states, prominent in education, business, charitable work and media. Outlawing them is a different proposition than cracking down on jihadists, and may deny the Gulf states the strategic depth they need to navigate a raging sectarian war in Syria and as yet uncertain transition in Egypt.

Saudi Arabia is attempting to assert its hegemony in a region of weakening states where jihadis can find the political space denied to them in domestic politics. Making an enemy of movement Islamists at the same time may have costs. Saudi Arabia decisively defeated the blowback from an earlier cycle of jihad returning from Afghanistan. But then they did so in good measure by relying on the domestic support of the movement-Islamist networks they now look to suppress. At a time of rising economic, political and regional challenges, narrowing one’s base of support—both at home and within the GCC—may be taking the biggest risk of all.

Kristin Diwan is Assistant Professor of Comparative and Regional Studies at the American University School of International Service and a nonresident Senior Fellow at the Rafik Hariri Center for the Middle East.