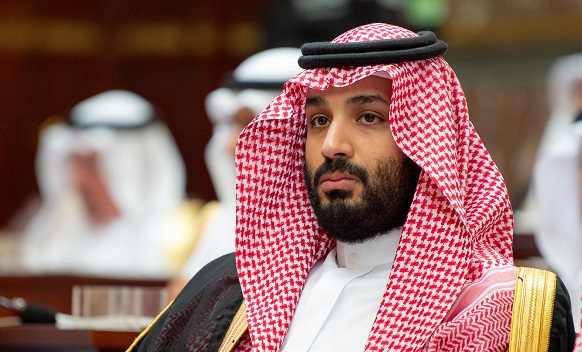 Reports that the CIA has concluded Saudi Crown Prince Mohammed bin Salman ordered the murder of journalist Jamal Khashoggi add weight and urgency to something recommended by this writer weeks ago: The United States should undertake a comprehensive, bottom-up national security review of the bilateral relationship with the Saudi Kingdom and its impact on American interests in the Middle East.  Such a review is long-overdue in any event.  The alleged murder of a resident of the United States by order of the de facto Saudi chief-of-state would seem to make it mandatory.  It should be mandatory.

Much of the media coverage of the CIA’s reported conclusion focuses on the tricky position in which President Trump now finds himself.  His difficulties seem to boil down to two elements.  First is the contradiction between his commentary to date on the Khashoggi matter and the facts that seem to be emerging.  Second – and much more serious in terms of national security – is the presumed tension between demanding justice and securing American interests.

It is this presumed tension that should be the focus of a no-holds-barred review of the bilateral relationship and the Kingdom’s impact on American interests.  One may, after all, accept the reported CIA conclusion and still believe that Mohammed bin Salman – like it or not – will be ruling Saudi Arabia for the next three or four decades.  Does this uncomfortable pairing dictate that the United States swallow deeply and resign itself to business-as-usual with the Kingdom?  Perhaps it does.  But should this conclusion be based on a hunch or a thorough national security review that challenges deep-seated assumptions and gives the president some practical policy options?

This writer has no preconceived idea on the overall conclusions such a review would produce.  Long and bitter experience with the Syrian crisis has led to the personal view that Saudi support of armed sectarian rebels helped Bashar al-Assad pollute and divide the Syrian opposition while encouraging Iran to export – with superior force – its own brand of toxic sectarianism to Syria.  Riyadh was far from alone in inadvertently advancing Assad’s survival strategy by elevating support for sect over Syrian nationalism.  In competing for influence in Syria it and other anti-Assad parties permitted their opposition to Assad to be neutralized by their addiction to sectarianism, their desire for employees, and their disrespect for Syria and Syrians.  Iran has been the beneficiary.  And now it is Washington left to ponder how best to deal with Iranian-commanded Shi’a militias in Syria whose presence compromises America’s ability to seal an eventual military victory over violent Sunni Islamists.

Yemen, like Syria, is a humanitarian abomination and a policy catastrophe.  It appears that the Trump administration is now fully cognizant of the scope of a disaster which its predecessor carelessly failed to preempt.  Set aside the human costs of this malignant operation.  Who benefits from the mindless destruction of an already fragile and disunited state on the Arabian Peninsula?  Who has gently stirred the pot from afar, enabling and encouraging the Saudi Kingdom to do its absolute worst?  Could Iran have done better in Yemen (or in Syria) if it had provided a script for its enemies to follow?  Tehran has been lucky with its enemies.

A comprehensive national security review would, however, go much farther than Syria and Yemen.  Does Saudi petroleum wealth still mandate American protection and Washington equating Saudi stability with the royal family?  Does Saudi opposition to the widely held view of Arab youth that Arab governance should reflect the consent of the governed serve or subvert American national security interests in the Arab world?  Can the Kingdom, under current management, contribute positively to Arab-Israeli peace?  Is the Kingdom really – in the words of President Trump – an ally of the United States?

Even if such a review were to reach the most negative conclusions about the state of the relationship and the impact of the Kingdom on the region, it need not (and should not) dictate an absolute break.  The United States maintains diplomatic relations with unattractive regimes all around the world.  And the posting of an ambassador to Riyadh is painfully overdue.  Getting General John Abizaid to the Kingdom as quickly as possible should be a high priority for the US Senate, even if it proves inappropriate to permit the Kingdom’s Washington ambassador to continue his service here in light of his reported role in the Khashoggi matter.

There is a strong and understandable inclination in the administration not to let this crisis go to waste; to try to exact some behavioral and policy adjustments of the Kingdom.  This is understandable and fully in keeping with longstanding foreign policy practice.  But it will be insufficient unless buttressed by a thorough review of the bidding with respect to Saudi Arabia: The bilateral relationship and the impact of Saudi actions on American interests in the region and beyond.  This writer would not object to a thoughtful, well-documented review concluding, in effect, “swallow deep, push-back on specific objectional behavior, but seek to preserve the essence of a relationship first established in 1945.”  But American taxpayers deserve from their government deep thought and careful deliberation about a relationship that was not working well even before the murder of a United States resident.  The murder was an affront to the United States.  It requires a response that is both thoughtful and carefully measured.

Frederic C. Hof is a nonresident senior fellow at the Atlantic Council’s Rafik Hariri Center for the Middle East.