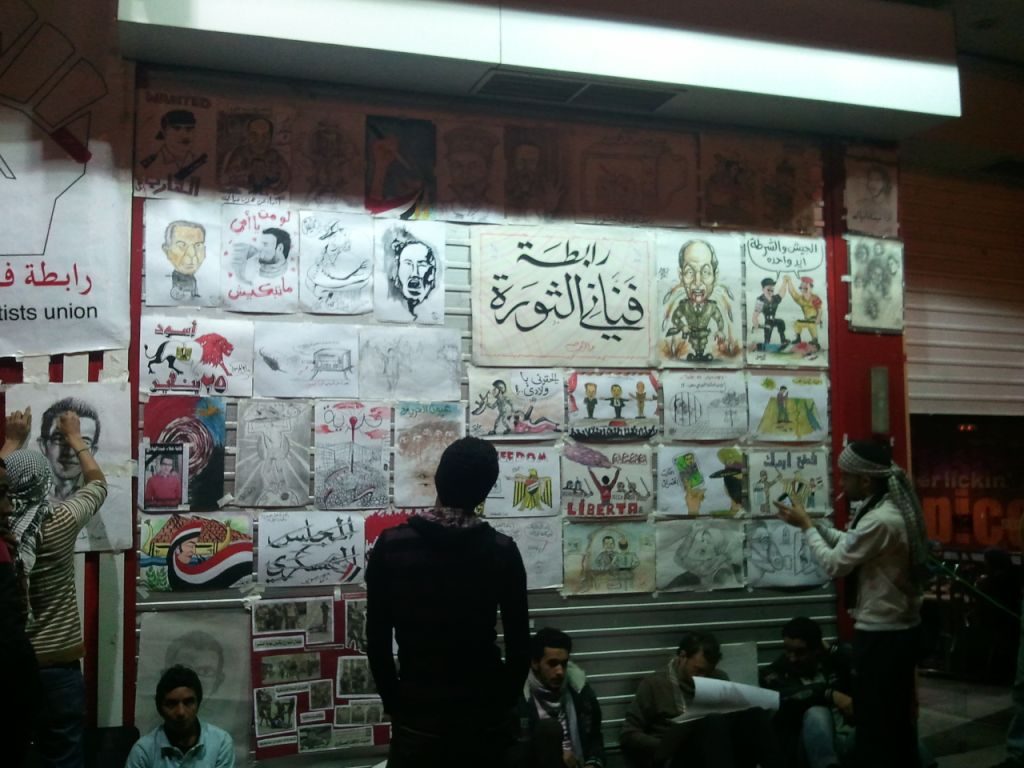 As an estimated 25,000 protesters rallied in Cairo on December 23 to condemn the military’s violent suppression of peaceful demonstrations in recent weeks, it’s clear that the Supreme Council of the Armed Forces (SCAF) can no longer claim to be a stabilizing force or legitimate steward of a democratic transition that is veering dangerously off course. Participants in the current protest in Tahrir Square, dubbed the "Friday of Regaining Honor," are voicing both outrage and repugnance with the military’s heavy-handed and humiliating treatment of civilian protesters, captured in the iconic image of a young woman being stripped and dragged across the pavement. There is growing consensus within Egypt and at the highest levels of the U.S. State Department that the SCAF’s most recent misstep has crossed a forbidden "red line."

Calls for toppling "Mushir" — traditionally a term denoting respect for the commander-in-chief of the Egyptian military, but now laced with disdain for Field Marshal Tantawi — have been resonating in Tahrir Square for months.  But increasingly, evidence of the military’s deteriorating public image can be seen as well as heard. A museum’s worth of derisive graffiti and "revolutionary art" has been generated on walls and in public spaces around Cairo, much of it targeting the SCAF. The political analyst Sultan Al Qassemi captured this particularly compelling collage of anti-military art, which makes for a damning visual referendum on the SCAF’s handling of the transition. On the far right of the photo, a soldier and a police officer clasp hands in a display of solidarity above the caption, "The army and the police are one hand." The words are a warped and cynical echo of far-gone revolutionary slogans expressing unity and goodwill between the people and the military, which have long since been drowned out by demands for a return to civilian rule. Several of the pictures depict army personnel assaulting protesters, and a military officer is featured on a "wanted" poster at the upper left corner of the photo. Images of the faces of individual SCAF members including Tantawi express the now deafening demand for accountability at the highest levels of the military leadership. The writing on the wall isn’t pretty, but the SCAF will need to face it sooner or … not-so-later.