The Middle East and North Africa (MENA) region has a pressing unemployment challenge. While many attempts are underway to address this problem, the solution could lie in its growing startup scene.

Two-thirds of MENA’s population is under the age of thirty-five and youth unemployment—between the ages fifteen to twenty-four—is over 25 percent, according to 2020 data from the World Bank. This situation is deeply problematic. However, on the flip side, there is a sizable group of youth whose potential could be tapped by becoming professionals at startups, especially given the exponential growth in the number of new businesses.

There are an estimated 21,000 startups in MENA compared to the three thousand just four years ago, according to data analytics platform MAGNiTT. The actual figures could be higher when including early-stage companies.

Young professionals in MENA are now more likely to begin their careers at a startup, gain hands-on experience, and be involved in other aspects of a business than the typical corporate or government job allows. However, additional work needs to be done by educational institutions, government entities, and corporations to bridge the talent gap.

Startups can create direct and indirect jobs through various work streams. For example, the ride-sharing service Careem currently has approximately 3,500 employees according to data from LinkedIn (this excludes the number of drivers, which the company estimates at 850,000, since it launched in 2012). The rapid growth of the gig economy, where companies hire independent workers for short-term commitments, in the past few years—thanks to companies such as ride-hailing platforms Uber and Careem, as well as food delivery platforms DoorDash and Talabat—has been a critical element in the growth of indirect jobs created by startups. This model is driven by people taking on gig work, allowing businesses to enter new markets easily and quickly. This ultimately allows startups to create new jobs across the skill-level spectrum.

For example, sectors such as education technology (EdTech) and health technology (HealthTech) have many jobs within startups as well as gig opportunities opening for those looking to earn side income. Data from Flat6Labs shows that EdTech and HealthTech are among the top verticals in job creation across their portfolio companies in MENA, with 1,200 and three hundred jobs created, respectively. These jobs were created in the past decade, mainly in Bahrain, Egypt, Lebanon, Tunisia, and the United Arab Emirates. Doctors, tutors, and other professionals in these fields have been able to earn side income as platforms providing remote services grew in popularity during the pandemic. Within startups, jobs are also created in fields that include app development, finance, human resources, and customer service.

However, universities and other educational institutions need to reassess the specializations offered to support the region’s startup ecosystem in order to bridge the gap between job seekers and startups in need of talent. Technical skills such as app development still aren’t readily available in the region, and this is where collaboration plays a vital role.

For example, Flat6Labs utilizes its regional network of founders to source talent for its portfolio companies. If a startup in its Bahrain office needs a backend developer, it can quickly connect with a potential candidate in Tunisia. More investors and accelerators are utilizing their networks in this manner to source the needed talent. Additionally, MENA also needs an evaluation of its tech-related courses, including computer science, to ensure that they are challenging enough to produce graduates ready to meet today’s needs in data analytics, big data, and the internet of things (devices connected to the internet).

In addition, a closer link between universities and the startup ecosystem will create a strong pipeline of talent feeding directly to startups. Collaborative efforts between universities on one end and accelerators, incubators, and venture capital firms on the other end are needed. This will spur students’ interest in startups and encourage them to consider a career in this field. It will also allow startups to identify potential talent and offer them internships to test their aptitude. Such collaborations can be managed and planned by government entities tasked with creating job opportunities.

Startup collaboration needs to take place with government agencies and corporations as well. In September, Saudi Arabia announced the launch of its human capital development program. The program aims to strengthen the capabilities of local talent to match the current market needs. The focus will be on innovative thinking skills, data analysis, and other skills in high demand. Initiatives like the capital development program can help build the knowledge base needed in the region to feed into startup employment opportunities in the future.

Corporations can also play a role in creating local high-skill jobs while building their technology infrastructure. For example, Citi recently announced ­the opening of a technology hub in Bahrain to create one thousand jobs in digitalization and coding in the next decade. This could pave the way for other companies to tackle their innovation challenges by using programs to utilize the local labor force through up-skilling and re-skilling.

Re-framing a job at a startup as an opportunity, not a liability

These initiatives must be accompanied by a structural shift in the job-seeking mentality from reliance on government and corporate jobs to an increased interest in entrepreneurship and jobs within startups. Across MENA, 64 percent and 41 percent of job seekers find working for a corporation or the government more appealing than working for a startup, according to a survey conducted by Wamda Research Lab in 2016. However, the increasing number of successful MENA startups that have achieved significant growth, gone public, or been acquired by large companies proves that startups can offer high-quality and sustainable careers now more than ever.

In the past, working for a startup was considered extremely risky for career development and could limit future employment prospects. That has changed and, while working for a startup still comes with risks, being employed by one has many advantages. These advantages need to be made more apparent from a very young age by having more startup-centric conversations in homes and schools. For example, K-12 institutions can host more startup founders as guest speakers and arrange field trips to visit startups. This exposure will spur conversations at school and within families about startups and provide role models for children to emulate.

On the technical skills side, startup employment allows young professionals to be very hands-on and better equipped to tackle today’s fast-paced and quickly changing world. In addition, the limited resources of a startup develops employees who can multitask and handle diverse workflows simultaneously. Larger corporations and governments tend to have employees specialize in one area of work rather than permitting them to take on responsibilities and develop expertise outside of their designated role.

Educating job seekers on equity structures is another key element for encouraging more youth in the Middle East to work for startups. Employees in startups sometimes have a unique opportunity to own part of the company they work for. At established corporations, equity isn’t always offered and, if it is, it is usually only offered to select executives.

The chance to own part of the company you work for aligns incentives and encourages employees to stay at the startup longer, especially since equity normally vests over many years. Job seekers need education about these ownership structures, which also provide the possibility of lucrative compensation in the event of a successful acquisition or independent public offering. The possibility of equity is a real incentive for some job seekers; data shows that 53 percent of employees are willing to work for a lower salary if a startup provides employee stock options.

The number of investors and size of investments in MENA are on the rise, increasing the need for more talent that can feed into the startup ecosystems across the region. The funding that MENA startups are receiving could help them source talent from outside this region. It could also incentivize founders to train the local talent and depend less on foreign talent. Both options utilize the best talent while also sharing knowledge locally and building a more robust talent pool for the future. As startups expand beyond their country of origin, they will need to tweak and customize their talent-sourcing process. Already, the digitization of talent recruitment through channels such as LinkedIn and other social media has made it easier to find suitable candidates for each role.

In the meantime, more awareness must be raised about the great career options in startups to meet the talent needs of new companies growing in the region and address the high level of youth unemployment. Governments, corporations, universities, and K-12 education institutions all need to do more to partner with startups to increase exposure to viable career paths outside of MENA’s traditional jobs.

Mahmood Abdulla is Senior Manager of Strategy and Planning at Al Salam Bank and works on their venture capital fund in Bahrain. Follow him on Twitter: @_MahmoodAbdulla. 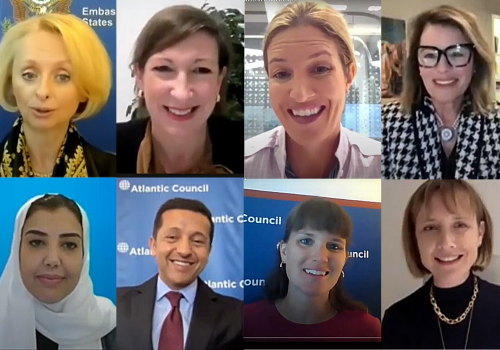 On November 2, the Atlantic Council’s empowerME Initiative held a workshop on “Women in senior management: Masterclass in leadership.” 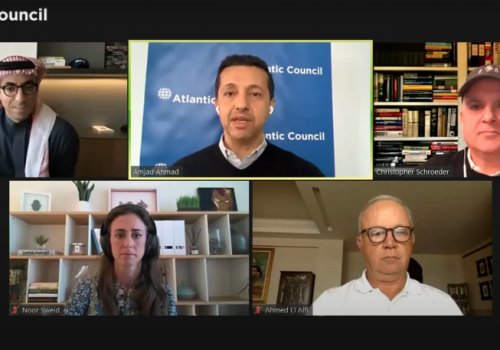 Investing in venture capital in the Middle East is not merely an opportunity to gain financial dividends, but also to impact the lives of hundreds of millions of people by adding value and creating local wealth that can then address manifold social challenges. This will allow talent to rise and strengthen the ecosystem further. 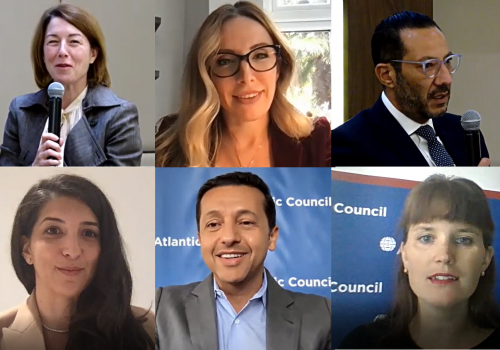 New opportunities for MENA women to plug into global commerce

Atlantic Council’s empowerME Initiative held a workshop on “Women in the global supply chain: The importance of increasing women's access.”