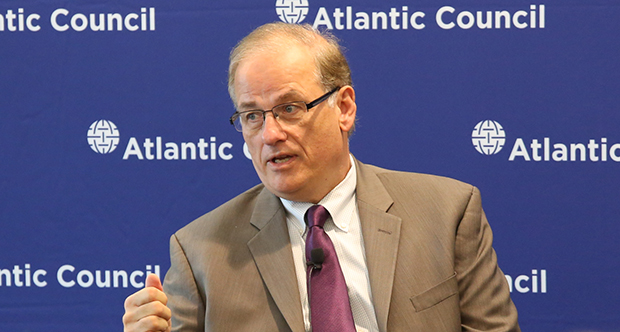 On Thursday, October 31 Atlantic Council Senior Fellow Ambassador Frederic C. Hof will testify before the Senate Foreign Relations Committee. The Senate Committee will convene two panels to discuss the crisis in Syria. The first panel, beginning at 10:15 a.m. will include US government officials and the second panel will feature Ambassador Hof alongside Leslie H. Gelb of the Council on Foreign Relations. Ambassador Hof is expected to begin deliver his testimony at 11:15. The entire hearing be livestreamed here.

Ambassador Hof will address the Senate Committee on the ongoing conflict in Syria and US policy options for its resolution. He is expected to detail the current state of Syria’s political opposition, prospects for regional negotiations with Russia and Iran, and the potential consequences—to the 23 million Syrians as well as US national security interests—of allowing the Syrian nation to collapse further.