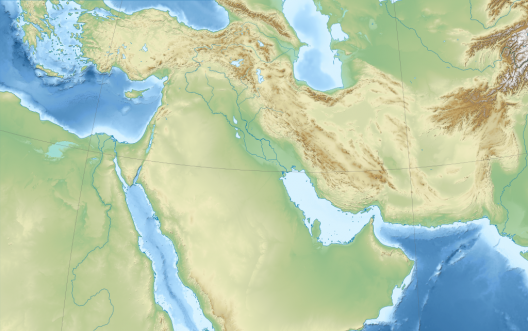 The violent convulsions gripping Syria and Iraq have given rise to the argument that the “Sykes-Picot” boundaries imposed by France and Britain in the Levant and Mesopotamia after the First World War will have to be redrawn to recognize and reconcile ethnic and sectarian divisions papered over by the Great War’s victorious allies.  As someone who once devoted time to the study of boundary creation in this region, I find speculation about new lines fascinating.  Yet I also see the prospect of them actually emerging as far from inevitable and not to be forced by outsiders.

The 1916 Sykes-Picot Agreement involved Great Britain, France, and Russia, and it drew no boundaries.  Essentially Britain and France aimed to define and agree upon their respective shares of the Ottoman Empire, and together they wanted their butchering of the Ottoman carcass blessed by Russia.  France laid claim to the coastal strip of Ottoman Syria and a major chunk of Anatolia north and east of Adana.  Britain was to receive southern Mesopotamia (including Baghdad) and the ports of Acre and Haifa in Ottoman Palestine, the balance of which would be internationalized.  France was accorded a sphere of influence over inland Syria and the Mosul province of Mesopotamia: it would transfer its interest in Mosul to Great Britain in 1918. Britain would get a sphere of influence over lands extending eastward from Palestine to Iran.  None of these arrangements involved the naming of new states or the drawing of national boundaries.

It was not until 1920 that boundary drawing processes were set in motion.  The San Remo Agreement gave France a mandate for Syria (including Lebanon) and Britain a mandate for Palestine (eventually extended to Transjordan) and Iraq.  The subsequent Treaty of Sevres (concluded with Turkey) designated Mesopotamia (Iraq) and Syria as independent states “subject to the rendering of administrative advice and assistance by a Mandatory until such time as they are able to stand alone.”  Yet it was not until the July 1923 Treaty of Lausanne that the full separation of Arab lands from the defunct Ottoman Empire was confirmed, leaving ethnic Turks and many Kurds inside the new Turkish Republic.

Therefore, although the term “Sykes-Picot boundaries” is a misnomer, that secret agreement did indeed set in motion a process resulting in the creation, during the 1920s, of new states: Iraq, Syria, Lebanon, Transjordan, and Palestine.  Transjordan was created from whole cloth.  Iraq involved a combining of Ottoman provinces.  “Greater Syria” was divided up.  Although this imperialistic enterprise provoked the occasional armed uprising, the mandate period was generally viewed in the new states as a way-station to full independence.  And although pan-Arab nationalism was an important political force in all of these places after independence finally came, the states created by France and Britain have persisted.

Now it is posited by some that at least two of these states – Syria and Iraq – have outlived their usefulness; that there is little or nothing binding the people(s) of these jurisdictions together, and plenty that will keep them at one another’s throats until they are separated and reassembled in new political entities.  Ancient enmities, it is argued, have risen to the surface.

For Syria the narrative supporting the “end of Sykes-Picot” thesis rests essentially on the descent of the country into a brutal sectarian civil war and the assumption that sectarian (and in the case of Arabs-Kurds) ethnic divisions have replaced any sense of Syrian nationalism and citizenship.  Indeed, the regime’s sectarian survival strategy took hostage an Alawite community not necessarily in love with the ruling clan; it did so by using largely Alawite forces – military, intelligence, paramilitary, and criminal – lethally against mainly Sunni Arab demonstrators.  Although there are several variations on the partition theme, proponents of this thesis tend to foresee (if not advocate) Syria’s eventual division into a Kurdish entity linked (or not) to Iraq’s Kurdish Regional Government, an Alawite state (or one featuring Alawite domination of much of western Syria), an overwhelmingly Sunni Arab state (perhaps linked to Sunni Arab parts of Iraq), and even a “Druze statelet.”

For Iraq the supporting narrative centers on existing Kurdish autonomy in the north; a Shia Arab majority in Baghdad and the south that finally escaped Ottoman and Iraqi Sunni rule with the ouster of Saddam Hussein; and a tribally dominated Sunni Arab minority in the middle, one intensely disaffected by the marginal role it plays in post-Saddam Iraq.  Partition scenarios often involve an independent Kurdistan, a Sunni state (perhaps linked to the predominantly Sunni Arab parts of Syria), and an overwhelmingly Shia state with its capital in Baghdad.

Any breakup of Syria and Iraq along ethnic and sectarian lines is more likely to happen as a result of wars that have run their courses rather than by diplomatic design.  Great Britain and France, after all, literally had the power 90+ years ago to impose states and boundaries on the region.  Those who might advocate a diplomatic campaign of preemptive or preventive partition might well consider two questions: who, in the end, will impose it if some local actors are not satisfied with arrangements pertaining to natural resources, population transfers, and other controversial boundary-related issues; and might the innocent suggestion of formal partition have the unintended effect of spraying jet fuel on fires already raging, as contenders jockey for position in the new order?

It is not difficult to imagine an independent Kurdistan eventually emerging.  Surely the Kurds of Iraqi Kurdistan dream of full independence.  Surely the current leader of the Iraqi government does nothing to persuade Kurds that their future is with Iraq.  And Kurds do indeed feel a sense of betrayal with the failure of the great powers to provide for their self-determination after World War I.  Although American policy should continue to support Kurdish autonomy inside the Iraqi state, the combination of historical forces and incompetence in Baghdad may prove impossible and even undesirable to resist.

Overall, however, the policy of the United States, its allies, and partners should focus on existing states and the creation of legitimate, inclusive governance therein.  Leaving aside tactics and timing, the survival of Syria’s murderous Assad regime and the achievement of that objective are incompatible.  The United States and others should act in accordance with this reality; a reality acknowledged orally by national leaders countless times.  In Iraq there is little the United States can do beyond urging Prime Minister Nouri al-Maliki either to govern inclusively and intelligently or give way to someone who can.  The current challenge in Iraq is less about terrorism than it is about governance.

Sykes-Picot and related postwar treaties represented an imperial creation of facts.  There is nothing about those facts inherently evil or automatically destabilizing.  No one compelled Bashar al-Assad to embark on a program of mass homicide.  No one held a pistol to the head of Nouri al-Maliki and forced him to behave as a small-time sectarian capo.  No one, for that matter, obliged the United States to cripple the existing Iraqi state as it disposed of Saddam Hussein.  If the facts created in the 1920’s are to be changed, it will likely be the result of catastrophic warfare.  The United States should take the lead in trying to head off catastrophe.  It should do so without the gratuitously inflammatory complication of trying to change boundaries preemptively.