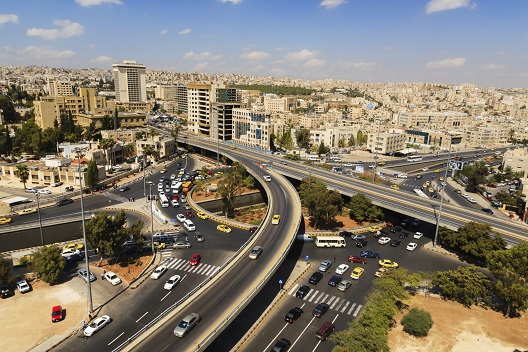 Recently the World Bank published its annual world income categorization of 189 countries and 28 other economies. Jordan, Syria, and Yemen were among the nine countries whose status climbed or fell to reflect changes in gross national income (GNI). Jordan progressed from a lower-middle income to an upper-middle income country ($3,896–$12,055 per capita). The effects of the civil wars in Syria and Yemen unsurprisingly caused the two countries to drop from lower-middle income countries ($996–$3,895 per capita) to the lowest rung on the ladder: low-income ($995 or less per capita). The deterioration of the economies of Syria and Yemen is significant. Mass displacement of populations, large reductions in production, and physical destruction have caused billions of dollars in damages. In both countries, industries that once gave people a livelihood are absent due to ongoing fighting.

Despite the ongoing conflicts, discussions among the international community on recovery efforts continues. Whenever that happens, Syria and Yemen’s new categorizations now qualify them for certain low interest loans from the World Bank. For a country to classify for International Development Association (IDA) loans, its GNI must be below $1,165 per capita. GNI, calculated by the World Bank, measures the income of the country and is closely correlated with life expectancy, rates of school enrollment, child mortality rates, and quality of life—making GNI the best systematic measure for the purposes of the World Bank and other multilateral organizations. Syria and Yemen are among seventy-five countries, most in Africa and East Asia, that qualify for IDA loans. The classification of Syria and Yemen as low-income countries, however, is at best an educated guess due to the difficulty of collecting sufficient and accurate data in war-torn environments. The newest classification is likely too high for the true state of the countries’ economies.

Seven years of civil and proxy war destroyed the Syrian economy, infrastructure, and society. At least 5.6 million Syrians fled the country and 6.6 million are now internally displaced. According to World Bank estimates, between 250,000 and 500,000 Syrians died as a direct result of the conflict; with actual numbers likely much higher. The fighting disrupted agricultural production and manufacturing. Before the war, oil sales made up twenty-three percent of the entire Syrian economy. By 2015, oil production fell by seventy-four percent.

Mass population displacement also affected the economy by uprooting workers, reducing transportation access, cutting the flow of goods and services, and disrupting supply chains. Physical damage is easy to recognize in wartime economies, but hidden damages to the economy accrue losses for a longer period of time. The World Bank stipulates “cumulative GDP loss due to disruptions in economic organization[s] exceeds that of physical destruction by a factor of 20.”

Within the first three years of the Syrian conflict, nominal gross domestic product (GDP) fell by half. Seven years later, the annual GDP dropped by another third. Every year from 2010 to 2015, five hundred thousand jobs were lost. During those five years, exports from Syria lost eighty percent of their value. Experts predict the economy will only start to grow again in the year 2020 at the modest growth reached in its early 1990s. That is only the beginning of decades—perhaps generations—of work and billions of dollars in loans and aid.

While Yemen’s three-year civil war is more recent, the economic deterioration is on par with Syria at the start of its conflict. Yemen’s current GDP dropped by forty-seven percent from its pre-war numbers. Agriculture and oil production make up large chunks of Yemen’s economy and today those lifeline sectors are limited by ongoing fighting. Crude oil output fell by four-fifths. Agricultural output is limited due to lack of fuel access for irrigation, seeds, fertilizer, machinery, and land. Three million Yemenis are internally displaced, setting the scene for the same economic and productivity disruption seen in Syria. Thirty-eight percent of Yemen’s population is on the brink of famine, putting economic productivity out of the question; not that there are jobs anyway.

The nature of the conflict adds to the complications. Yemen has an internationally-backed government in the capital, Aden, that is separated from the rebel-held area to the north, headquartered in Sana’a along with al-Qaeda closing in on both territories. The rebel-held territory does not pay taxes or revenues to the UN-backed government in Aden and because of that, Aden has not paid the salaries of 1.2 million government employees living in rebel territory since September 2016. The only solution to this economic problem is a political solution, which most experts predict is far away.

Before the Arab Spring, Syria’s GDP doubled the Jordanian economy in 2010 (with $60 billion and $26 billion respectively in annual GDP) but Yemen has long been the poorest country in the region. Although, it is unclear if significant economic growth in Yemen could have occurred at the time. Yet, Yemen’s ongoing civil war ensured economic collapse. Likewise, one can only speculate on potential economic growth for Syria over the past seven years.

The evident counter example to Yemen and Syria is Jordan. Jordan maintained positive economic growth in the face of its uprisings and spillover from surrounded conflicts. In 2010, Jordan upgraded from a lower-middle income country to the upper-middle income status where it has stayed since, with the exception of one year.

Much like in Syria and Yemen, Jordanians protested in 2011 over unemployment, inflation, and corruption in Jordanian politics. Additionally, heightened domestic and regional tensions, and the resulting decline in tourism and remittances also affected Jordan’s economy. Although Jordan’s King Abdullah responded by implementing a number of political reforms, he did not enact far-reaching economic reforms. Jordan’s economic growth remained subdued from 2010-2012, and the country sought assistance from the International Monetary Fund (IMF).

The IMF approved two separate loans for Jordan in 2012 and 2016, of $2 billion and $723 million respectively. According to the World Bank, “adverse regional developments, in particular the Syria and Iraq crisis, remain the largest shock affecting Jordan.” These crises have resulted in an influx of refugees, placing additional financial demands on Jordan’s economy. These IMF loans injected necessary capital into the economy to stabilize it given the cost of the influx of 660,000 Syrian refugees in addition to the original economic weaknesses. Conditions of the IMF loans include austerity measures to widen the country’s revenue base. While necessary, these economic reforms have often been met with resistance, as in June 2018 when massive protests erupted after Jordan introduced a new tax bill. Subsequently, the World Bank extended $500 million in financing to support Jordan’s efforts to improve its business climate, boost job creation, and increase exports.

The IMF programs—and additional help from the World Bank and other international organizations—seems to be working to maintain steady economic growth. Its fiscal situation is improving: the World Bank expects Jordan’s GDP to increase by 2.5% in 2019 up from 2.1% in 2017 and its GDP has risen continuously since 2010. Some vulnerabilities remain and the country strives to return to the six percent annual growth it averaged during the decade before the Arab Spring uprisings. Nonetheless, Jordan’s economy has demonstrated resilience compared to its neighbors, despite having experienced similar uprisings and the economic weight of the Syrian spillover.

The categorization changes are a grim reminder of what Syria and even possibly Yemen could have achieved absent catastrophic civil wars in each country. The only optimistic implication for their recategorization is that both countries are eligible for more favorable loan interest rates. Estimated costs of reconstruction range from $200 to $500 billion in Syria, and $88 billion in Yemen. Those estimates do not acknowledge the undereducated generation nor the lack of skilled and educated individuals. Even with significant contributions from the international community, Syria and Yemen will require decades—or generations—to return to pre-war numbers. It is not only up to the Syrians and Yemenis, but rather the international community to discern when the bombs stop and the reconstruction beings.

Erin A. Neale is a project assistant at the Rafik Hariri Center for the Middle East. Follow her on Twitter: @erinaneale.

Rachel Rossi is an intern at the Rafik Hariri Center for the Middle East and contributed to this blog post.