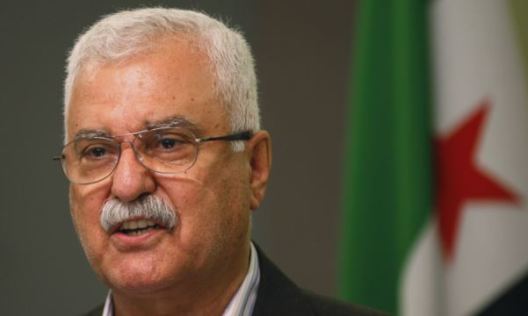 The leader of the Syrian National Council, Mr. George Sabra, has announced that his group will leave the opposition Syrian National Coalition if the latter takes part in a Geneva peace conference under conditions currently prevailing in Syria. Sabra believes that Western political leaders on both sides of the Atlantic are in a headlong rush to convene a Geneva peace conference irrespective of conditions, costs, or consequences; that the desire of Western leaders to be seen publicly as doing something about Syria may be putting lives—Syrian lives—in grave jeopardy.

George Sabra is a Syrian patriot, and his concerns are understandable. Yet the announcement is wrong in tone and unhelpful in substance. The last thing the beleaguered Syrian opposition needs now is a threat of secession. It would have been far better for Mr. Sabra to have said something like the following, privately within the deliberations of the coalition:

Friends and colleagues: there is, at present, no basis for a Geneva peace conference. There is no agreement between the P3 (the United States, France, and the United Kingdom) and the P2 (Russia and China) about the meaning of political transition in Syria. The regime is clear: the person, position, and power of Bashar al-Assad are not up for discussion at Geneva. Russia supports its client and is supplying it arms to compensate for chemicals. The P3 seems desperate to have a meeting anyway; maybe even to start a drawn-out Syrian peace process. But this puts our people in peril. Surely the regime will step-up its artillery and air assaults on our towns and cities. Surely it will use its troops, criminal gangs, and foreign militias to increase ground assaults. The announcement of a meeting date will be a starting pistol for enhanced slaughter. We must impress on the US Secretary of State John Kerry and his colleagues the danger of doing business this way; the enormous cost in human lives that will be paid if a meeting is scheduled without the kinds of deescalatory steps Kofi Annan called for in 2011 and the regime, lying as usual, agreed to implement but never did. Unless this conference has agreed terms of reference on full political transition consistent with the June 30, 2012 Geneva Final Communiqué, and unless it is preceded by confidence-building measures consistent with Annan’s six point plan, we should demand of our friends to postpone it indefinitely. If we fail, we are finished, one way or the other.

Such a position, made privately and without gratuitous threats, would have been far from unreasonable and potentially persuasive. There is, after all, a deadly connection between the regime’s categorical rejection of political transition and its horrific air and artillery massacres of defenseless civilians.

The connection is simply this: nothing would please the Assad regime more than to see what remains of its Syrian nationalist, nonsectarian opposition broken and discredited by coming to Geneva while regime artillery, air, rocket, and missile forces kill and terrorize Syrians. Does the United States and its allies really want the opposition to show up under these murderous circumstances? Does the West want the opposition compelled, while their constituents are being murdered and maimed, to listen to a regime functionary haughtily announce that Bashar al-Assad is not a matter for discussion and will in fact stand for reelection in May 2014? What good would the West expect such a gathering to produce? What would the term Friends of the Syrian People actually mean under these circumstances?

Yes, the P3 faces a dilemma: how to escape a political cul-de-sac caused by an abrupt, ill-considered, and uncoordinated American change of direction from military strikes that might have saved lives by destroying regime delivery systems, to Congressional debate, and then to a chemical weapons agreement that preserves those delivery systems without addressing the violence wrecking Syria? The desperate need for a way out dictates the sprint to Geneva.

The absence of P5 consensus, the contempt of the Assad regime, the ongoing regime slaughter of innocents, and the risk being thrust onto the increasingly marginalized mainstream opposition seem to be regarded in the West as bumps in an otherwise open road. Geneva offers, after all, the prospect of an elongated Syrian peace process: one in which the West can say it is doing something about Syria while the Assad regime—now a principal party to a chemical weapons agreement—does as it wishes, provided it does so without chemicals.

There is an alternative: postpone Geneva indefinitely until confidence-building measures consistent with the Kofi Annan six point plan are implemented; step up, on an emergency basis, the arming, equipping, and training of nationalist forces now squeezed between the Assad regime-jihadist axis of codependency; prepare the Syrian National Coalition to govern in liberated areas; and restore the credible threat of force in the context of ongoing regime atrocities against unarmed civilians.

The Obama administration is justified in touting the positive aspects of the chemical weapons undertaking. Will it, however, be content to stand by and watch chemicals neutralized while the Assad regime murders and terrorizes its way to political survival in part or even all of Syria? Is it really acceptable, from the US standpoint, for the Assad regime to slaughter civilians so long as it uses conventional bombs and shells? Has the Obama administration created a doctrine of sorts that rules out a US military response to mass slaughter so long as sarin gas is not the agent of death?

There are those in Syria, the Arab world, and even Western Europe who have concluded that the Obama administration is in fact OK with the regime’s survival; that Assad’s readiness to forego chemical weapons combined with the rise of al-Qaeda and affiliated elements in northern and eastern Syria makes him, in the eyes of the administration, not as bad as he once seemed—certainly not as bad as a jihadist alternative. Some observers claim that senior US officials have said as much privately. These observers ruefully shake their heads, suggesting that Washington’s failure to support the mainstream opposition, in fact, created the very situation that now causes the Obama administration to wring its hands over the presence of extremists and to place all of its eggs in the chemical basket.

The administration insists publicly that none of this is true: that Assad has lost all legitimacy, forfeited all credibility, he must step aside, and so forth. Indeed, no one should doubt what President Obama wants: replacement of the Assad regime with a transitional governing body created in accordance with the Geneva formula; a body that would remove the regime but preserve as much of existing government institutions as possible; a national unity enterprise that would complete the chemical weapons undertaking, marginalize a growing jihadist presence, and restore order, while protecting vulnerable populations and charting a course to democracy and pluralism.

This is not, however, a question of desire. To hope that Bashar al-Assad will see the light of day and do the decent thing for 23 million Syrians transcends belief in Santa. To think that a meeting in Geneva can start a process that might, in the fullness of time, do some good is to take an enormous risk with the lives of the defenseless.

John Kerry came to Foggy Bottom speaking the plain truth to a directionless administration: Bashar al-Assad’s calculation about negotiated political transition must be changed. Where do we stand with that? For unless that calculation is changed—and changed in the right direction—the rush to Geneva may well be what George Sabra suspects it to be: a death warrant for thousands of Syrian civilians and a coup de grace for the Syrian revolution itself.

Image: George Sabra, a veteran Christian opposition figure and acting President of the Syrian National Coalition, speaks during a news conference in Istanbul, May 13, 2013. (Photo: Reuters)