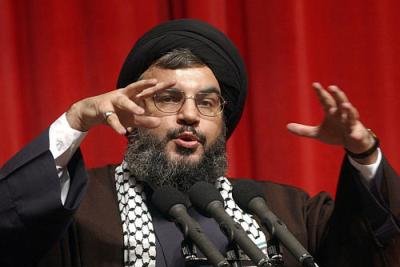 The loss of the strategic town of Qusayr by Syrian rebels clearly demonstrates that the presence of Hezbollah fighters inside Syria is a life preserver of sorts for a regime badly in need of one. That Bashar al-Assad can use the help is beyond question. Yet the wisdom of this intervention is very much in question, as Hezbollah Secretary-General Hassan Nasrallah may discover at his leisure. By sending young Lebanese men to fight and die in Syria for an incompetent, feudalistic family regime, Nasrallah may be inadvertently undermining the very basis of his heretofore unassailable position in Lebanon.

Although it may not be crystal clear to the Hezbollah rank-and-file or to the hundreds of thousands of Lebanese who support the Party of God and respect its leader, Sayyed Hassan Nasrallah has one transcendent political mission in this life: to protect and perpetuate the Islamic Republic of Iran. Yes, Hezbollah is an important force in Lebanese politics. Yes, Hezbollah obliged Israel to quit Lebanon in 2000. And yes, Hezbollah fought Israel to a bloody standoff in 2006. Indeed, within Lebanon Nasrallah has gotten extraordinarily superb mileage out of the claim that he heads not an extralegal militia, but "the resistance." Hezbollah has, to be sure, an impressive array of missiles and rockets it says exists to deter Israel. Yet that which is unstated by Nasrallah and his small leadership cadre is the central purpose of the deterrent: to prevent Israel from attacking Iran and to retaliate from Lebanese territory if it does so.

The Hezbollah secretary-general and his colleagues have worked hard over the years to burrow into Lebanese politics. They have declined to turn over their arms, strategic and otherwise, to the institution legally charged with the defense of Lebanon: the Lebanese Armed Forces (LAF). To do so would be to delete Iran from the deterrence and retaliation mission, unless of course Iran and Lebanon were to conclude a mutual defense treaty—an unlikely possibility, to say the least. Yet by successfully offering candidates for parliament and gaining ministers in government, Nasrallah has added a layer of protection to the autonomy of his arms and the non-Lebanese nature of their ultimate purpose. As he demonstrated in May 2008 by storming west Beirut with little or no resistance, Nasrallah’s first line of defense is force of arms. Yet the political insulation—facilitated by means of an alliance with the largely Christian Free Patriotic Movement—has added an aura of legitimacy to the undertaking.

By intervening in Syria’s civil conflict Nasrallah has put that insulation at risk. In nearly any other country the spectacle of a party in a ruling (if caretaker) coalition sending armed auxiliaries off to war in defiance of that government’s stated policy ("disassociation" from the Syrian conflict) would be considered stupendously unbelievable and absolutely unacceptable. Many Lebanese, even those who would define Nasrallah’s action as a hanging offense, have been conditioned to take this sort of outrage in stride and (except for those already predisposed to violence) roll with it. Yet Hezbollah’s armed intervention in Syria, announced openly by the organization’s secretary-general, may be beyond the pale even by Lebanon’s loose standards.

One would think, given Nasrallah’s reputation for careful calculation (leaving aside, of course, the decisions to kill Rafik Hariri in 2005 and provoke Israel to war in 2006), that he was prevailed upon by Iran to feed warm bodies into the Syrian meat grinder. Left to his own devices he might have preferred to provide other services to the Assad regime: the customary services, as it were. Yet for Iran, preserving the Assad regime is a top national security priority, and Tehran may well have succumbed to the regime’s pleas for trained, proficient manpower to supplement the efforts of its own exhausted ranks. Iran would have no objection, principled or otherwise, to Lebanese making the supreme sacrifice. And keeping Hezbollah fighters busy in Syria would detract not at all from Hezbollah’s missiles and rockets pointed at Israel from the south of Lebanon. Indeed, while Hezbollah infantry storms Qusayr and other Syrian places for the greater glory of the Assad family, southern Lebanon has been transformed into one of the quietest places on the planet. No wonder Hezbollah fighters in Syria have wondered out loud to journalists what Qusayr has to do with the defense of Lebanon or the liberation of Jerusalem.

Although Nasrallah has sought to shore up his political base with the argument that takfiris (Muslims who deny the Islamic authenticity of other Muslims) must be fought in Syria to keep the fight away from Lebanon, the risk he is running is that he will inadvertently import Syria’s increasingly ugly sectarian conflict into Lebanon on a wholesale basis. Hezbollah in Lebanon would not be without resources should a Lebanese sectarian free-for-all be the result of Nasrallah saying "yes" once too often to some combination of Iran and the Assad regime, in this case persuading him to commit manpower. Indeed, within Lebanon Hezbollah would hold its own militarily, at least in the nearterm. Yet the resumption of anything resembling civil war in Lebanon has been something Nasrallah has assiduously avoided, both by burrowing into Lebanese politics and by demonstrating overwhelming power when he has deemed it necessary to do so, as in May 2008. Until now he has seen internal Lebanese stability very much in the context of preempting any threat to the autonomy of his arms. He probably still sees it that way. But why take the risk of massive blowback, particularly when reports—augmented by social media—of Assad regime atrocities inevitably leak out from areas where Hezbollah fighters are active? Is there actually an expectation on Nasrallah’s part that the commitment of Hezbollah fighters to Syria will prove decisive?

By all accounts all prominent Lebanese political leaders wish to keep the peace in Lebanon. But one of the characteristics of the fighting that began in 1975 and lasted until 1990 was the inability of some  traditional leaders to hold onto their followers. Prime Minister-designate Tammam Salam, now trying hard to form a government, will testify to the phenomenon as experienced by his father and others nearly 40 years ago. If the result of Nasrallah’s ongoing and upgraded secession from Lebanon is to unleash cycles of sectarian violence that leaders—or more precisely, former leaders—are unable to contain, who will be able to guarantee to the Supreme Leader in Tehran that the Lebanon-based missile and rocket deterrence and retaliatory capability is safe and sound? And what of Hezbollah’s Christian allies? Can General Michel Aoun, a man who fought effectively in defense of the Lebanese Republic as an LAF brigade commander, abide Nasrallah’s decision to seize the prerogative of the Government of Lebanon by invading another country? Beyond Lebanon, can anyone in Western Europe or elsewhere still draw a distinction between the political and military wings of Hezbollah? It was a distinction without a difference in any event. Yet to maintain it now would be nothing short of obscene.

Risks notwithstanding and military capabilities aside, Nasrallah still has at least two important assets. First, to the extent there is a reasonably effective state in Lebanon, he is in charge of it. His constituents receive the kinds of services, including protection, that the Lebanese state-on-paper has never provided. Nasrallah’s actions in Syria may, over time, drain the reservoir of respect he has earned in areas he rules. Yet that reservoir is deep. Second, those who oppose the corruption, incompetence, and brutality of the Assad regime on sectarian grounds—whether they live in Syria, Lebanon, the Gulf region, or elsewhere—are the best friends Nasrallah and Assad can ever hope to have. Although sectarian reactions to the murderous strategy of a regime that has fallen back on its own sectarian roots are understandable and, given the weakness of human nature, inevitable, they are pure poison nonetheless. Where in the Arab Sunni Muslim world is there a full-throated condemnation of sectarianism and a definitive rejection of takfiri prejudice and hatred? Who will counter the call for a Sunni jihad in Syria against Shia coming from the lips of a Qatar-based theologian? Nasrallah provides social services against a backdrop of enemies howling like wolves. What could be better from his point of view? What could be more credible in terms of his ability to justify to his constituents a cruel sacrifice they have no business making?

Nasrallah’s decision to commit forces to Syria—whether the decision originated with him or with others—will do no one any good over time. Bashar al-Assad, even as he is borne aloft on the shoulders of Iran and Hezbollah, will find a way to squander whatever tactical victories can be bought with Lebanese blood. Many Lebanese parents will needlessly experience the ultimate nightmare: burying a child; a nightmare rendered all the more cruel by the political uselessness and stupidity of the sacrifice. Lebanon, the precarious republic in the best of times, will be rocked to its already fragile foundations. It is true that Iran and Hezbollah, with the backing of Russia, believe they can carry the hapless Assad across the goal line. Yet even if they could, what would they do for an encore? If Assad’s three key supporters were to devote ten percent of the time American planners do to "day after" scenarios, they would abandon this regime in a heartbeat. A beaten regime would be a real setback for all three. A victorious regime would be a burden none of them would or could begin to bear.