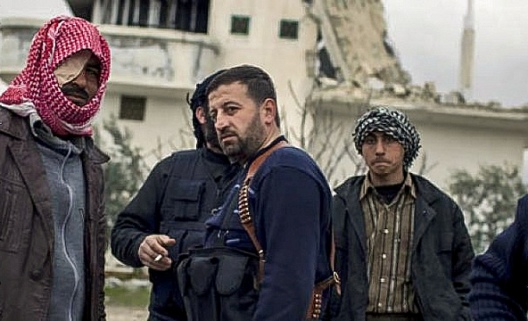 Those who have long counseled against the United States taking control of the arming of Syrian opposition forces have recently updated their argument: it is now simply too late for Washington to do anything useful, even if it wanted to. According to this line of reasoning the Assad regime has been stabilized by the chemical weapons agreement and Russian-Iranian aid, while jihadists, luxuriating in arms and money, have been attracting manpower away from nationalist leaders denied meaningful assistance by the West. As one Italian observer asked me last week, “Why bother? Do you really expect the followers of General Idris to fight a two-front war against the regime and al-Qaeda?”

Well no: the leader of the Supreme Military Council will be fighting neither a two-front war nor a one-front campaign if deprived of weapons, ammunition, equipment, and cash. He will be increasingly sidelined and ultimately erased so long as the preponderance of outside aid goes to the axis of codependency currently dividing and destroying Syria: the Assad regime and its jihadist partners in crime. Is this what the West wants?

Clearly it is what the Assad regime, its supporters, enablers, and apologists want. Clearly it is what al-Qaeda and others who murder with impunity want. It is, in short, what every criminal in Syria desires. Syria is in the process of dividing between a crime family deeply indebted to Iran and Russia in the west, and a hodgepodge of sectarian primitives in the east, with Kurds in the northeast trying to protect themselves. Is this, Kurdish self-defense aside, what the West is seeking?

Undoubtedly it is not the West’s idea of how Syria should evolve. Yet the situation playing out now on the ground is, in large measure, the product of Western hesitancy, doubt, skepticism, and indifference. While Western statesmen counseled against militarizing the situation in Syria, supporters of the regime and the jihadists alike armed their clients and favorites. While Western leaders intoned solemnly about the absence of a military solution for Syria, the supporters of the two extremes went for outright victory. While Western politicians called for a negotiated political transition to a pluralistic democracy, their adversaries created hard facts reflecting military reality on the ground.

In the end the much maligned and often ridiculed Sarah Palin may be speaking accurately for what is left of a morally hollowed-out West when she suggests that we avert our gaze from the horror of Syria and “let Allah sort it out.” The Obama administration’s version of the “leave it to God” approach characteristically reflects lawyerly deliberation and close attention to strategic communication.

The chemical weapons framework agreement and the process it has spawned are carefully compartmented as objectively good in terms of eliminating toxic weapons, even as they elevate a family regime to the status of principal party in a long-term contract. A Geneva conference is pursued to discuss a subject—political transition in Syria—that the Assad clan and its Iranian and Russian supporters deem to be devoid of practical meaning. The anti-regime rhetorical component of the administration’s approach is routinely serviced: there is no way Assad can continue to rule Syria; he has lost all legitimacy; he has killed many people, and he should step aside. The occasional official statement objecting to a specific regime outrage combines indignation with operational agnosticism. “The United States strongly condemns the Syrian regime’s continued siege of Ghouta and other Damascus suburbs… We also warn the regime not to repeat the massacres of Houla, Banias, and Baida… Those who are responsible for massacres in the Damascus suburbs and across Syria must be identified and held accountable.” By whom? How is this to happen?

Is there a plan to make anything happen beyond the cataloguing and neutralizing of chemicals? Probably not. This administration has, in the Syrian context, avoided identifying objectives and thinking through a strategy. It has sensed that to do so could take it places it did not wish to go.

This is fully understandable. The president has domestic priorities. He no more wants Syria to dominate his last few years in office than Harry Truman wanted to be transfixed by Korea. Yet by keeping his distance he sees a dictator whose dismissal he demanded consolidate his power. He sees al-Qaeda establishing bases in Syria. He sees mass murder and countries friendly to the United States flooded with terrified, destitute refugees. He has his chemical agreement and his secretary of state pursues a peace conference whose previously agreed premises are now dismissed by Russia and the regime it protects. It is the policy equivalent of the Michael Jackson moon walk: the illusion of forward movement while remaining motionless. It is artful and complex, yet it fools no one: friend or foe.

Yes, we can safely stipulate that forces following the direction of General Selim Idris will die on the vine without adequate support. As Idris himself put it in an recent interview, “This is what happens if you do not provide forces on the ground with arms and basic life necessities including food, drink, and a bit of pocket money. Unfortunately, we simply do not have access to these things. Therefore the connection is weak, and to insure strong and solid hierarchical formations, we must also supply arms, ammunition, logistical support, and enough money. We call it ‘management, organization, and mobilization.'” Idris’ detractors in the West call it pure delusion. They have doubted and denied from the beginning the efficacy of aiding Syrian nationalists, and now they engage in pure schadenfreude as they decry Idris’ dire straits and proclaim, with ill-disguised joy, the inability of the United States to rescue him at this late stage.

Is this good enough for the Obama administration? Has it quietly decided that Idris is yesterday’s news, and that Syria is now but a carcass to be devoured jointly by a crime family and other practitioners of sectarian violence and hatred? So long as chemicals are catalogued and destroyed is all else tolerable, irrespective of the consequences for Syrians and their neighbors?

Only the president knows. We, 23 million Syrians, and their neighbors would be in a much better place now had different decisions been taken in Washington over a year ago. That is history. Is it now really too late for American support to make a positive difference for Syrian nationalists and for Syria itself? We cannot and will not know without trying. Failure to try would be only the latest self-fulfilling prophecy of impotence, yielding the latest, but surely not the last, of unintended negative consequences for millions of people and for the reputation of the United States.