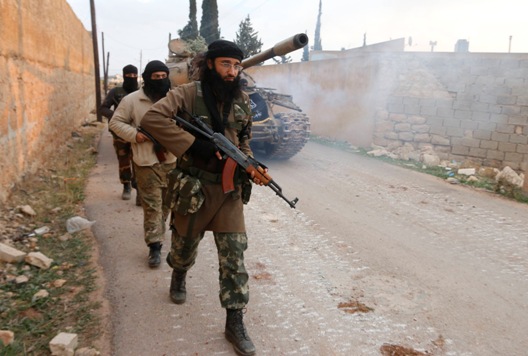 Defense Secretary Chuck Hagel resigned the morning of November 24, his exit tied to irreconcilable disagreement with White House leadership on a variety of foreign policy issues of which the administration’s gloved response to Syria’s Assad certainly featured. The Secretary was cast as a quiet dissident with muted opinions on the administration’s stance on the Assad regime. These reservations, were last week voiced in an interview with CBS News where Hagel proposed that US action is indirectly aiding the Assad regime, yet toed the line on the administration’s official stance on Assad’s lost legitimacy. Punditry will most assuredly circulate on the reasons behind Hagel’s exit but the larger and more beneficial reflection must center on why the Secretary’s stance on confronting Assad—and the administration’s choice to do otherwise—affects the evolution of the conflict.

Earlier in this month, the administration hinted at a possible review of its Syria policy—admitting the limited effect of its current policy—and for the first time floated Assad’s departure as an essential precondition to success in Syria. This tepid admission was, however, rejected within hours and President Barack Obama curtly and with blunt honesty dismissed the notion that his administration was working to remove Assad with a single word answer: “No.” Later in November, news outlets reported Secretary Hagel’s publically hushed objections to the president’s stance on Syria’s Assad in a memo sent to National Security Advisor Susan Rice.

But it was too late. A return to the policy drafting board was summarily scrapped and the United States returned to the strategy that has severely injured Syria’s mainstream opposition while rallying fraternal jihadists towards possible reconciliation. The administration’s cursory adoption of airstrikes as a fix-it-all solution to the Islamic State menace (also known as ISIS or ISIL) has instead driven its militants and their jihadist brethren in the Nusra Front to an aggressive assault against the moderate opposition. Far worse is the open admission among disaffected Syrian rebels who increasingly cite disappointment with the US policy in Syria as a primary motivation for defecting from the mainstream opposition and into the Islamic State’s swelling ranks.

While earlier reports of ISIS-Nusra Front reconciliation have been so far discredited, cooperation among Syria’s most prominent and liberally violent jihadist groups does not bode well for the US effort, nor does a resurgent Assad regime, whose bombardment of mainstream rebel positions in Aleppo and Idlib has substantially increased since the start of US airstrikes inside Syria. Assad will certainly welcome the collaboration of yesteryear if extended an olive branch by the new jihadist coalition. It might even provide an excellent opportunity to finally dispose of the mainstream opposition—the only legitimate opposition to his murderous regime. To this end, the administration’s airstrike policy is complicit; the destruction of a one-time promising opposition will squarely lie on the president’s lap unless his new policy awakes to the reality that airstrikes have so far been detrimental to the mainstream opposition.

In response to the alleged Islamic State-Nusra Front agreement, US intelligence outlets have so far downplayed the effects of possible rapprochement amongst the militant rivals, noting that such an arrangement is tactical in nature and does not constitute a long standing agreement for permanent collaborative action. Yet the rapid defeat of US sponsored Harakat Hazm and the Syrian Revolutionary Front by Nusra Front militants on November 2 should give pause to all who dismiss the destructive potential of an ISIS-Nusra Front coalition, however temporary it might be. Harakat Hazm had been long cast as a viable and effective fighting force with a mainstream ideology amiable to western interests. Their humiliating routing in Idlib, however, swelled Nusra Front ranks with defectors and added to the jihadist group’s growing arsenal of US made weaponry. In Aleppo, the Assad regime, buoyed by US airstrikes and, buttressed by Iranian and Hezbollah fighters, escalated its assault of mainstream groups, pressing them into a dual fronted fight against regime forces and other radical militants groups.

US officials have since tempered concerns with successive losses amongst the mainstream rebel movement, dismissing such alarms as exaggerations of shifting battlefield conditions. But while misappropriation of battlefield conditions is certainly a product of a constantly changing war landscape, these developments should not be a welcome sign for the United States or its European and Arab allies. What belies the US strategy in Syria is not a failure to identify Assad as the author of his country’s destruction. Nor is it failure to identify the Islamic State and the Nusra Front as active spoilers in the now internecine conflict. It is rather a failure to convince its mainstream partners of its commitment to their ultimate success against both Assad and the jihadists.

Current US policy has convinced its purported partners that their primary interest—which has always been the deposition of Assad and his criminal regime—are subordinate to US interests. This message transmitted through thousands of air sorties in Iraq and Syria has finally received its response from both mainstream and radical rebel groups. Moderates, betrayed by the promise of well-crafted support for their anti-Assad campaign, have vowed to singularly fight the regime while responding to the jihadist onslaught. Jihadists, united against the US air campaign, attack its closest allies on the ground, determined to defeat the remnants of the remaining mainstream opposition. Meanwhile, Washington avoids meaningful conversation on its ineffective strategy as the mainstream opposition suffers the brunt of dual assault by jihadists and Assad’s regime.

To be clear, there are minimal agreeable options when facing a company of murderers. Yet the choice of an aerial assassin in Assad over the terrestrial Islamic State butchers is not one that the administration should entertain. A responsible Syria strategy requires that President Obama turn the coercive threat of military action to its rightful client: Assad. The president’s tolerance to Assad’s unchallenged assault on the opposition sidelines the administration’s partners whose legitimate claims over the restoration of peace and dignity to the Syrian people deserves aggressive support. It is not enough to justify inaction with prudence when sides have already been picked.

Yet the administration proceeds, without reflection, along this doomed path. And persist they will, despite evidence of a failing strategy, and with unfortunate effect, on the now crumbling moderate opposition.

Peter Kirechu is an intern with the Atlantic Council’s Rafik Hariri Center for the Middle East.

Image: Members of al-Qaeda's Nusra Front carry their weapons as they walk near al-Zahra village, north of Aleppo city, November 25, 2014. Members of al Qaeda's Nusra Front and other Sunni Islamists seized an area south of the Shi'ite Muslim village in north Syria on Sunday after clashes with pro-government fighters, opposition activists said. The insurgents advanced overnight on al-Zahra, north of Aleppo city, seizing territory to the south and also trying to take land to the east in an attempt to capture the village, the Britain-based Syrian Observatory for Human Rights said. Picture taken November 25, 2014. REUTERS/Hosam Katan