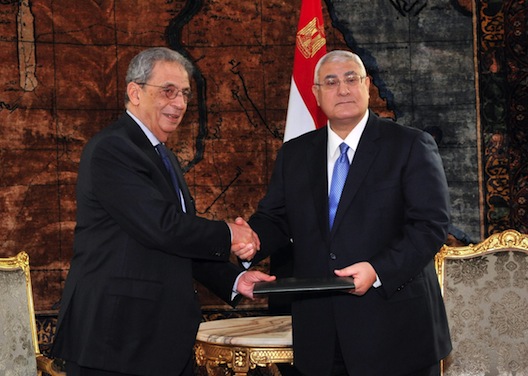 The new amendments in Egypt’s 2012 controversial constitution succeeded in satisfying the Nubian and Amazigh minorities living in Egypt. Nubian novelist Haggag Oddoul, who represented Nubians in the fifty-member assembly amending the constitution and Amany El-Wesahy, the head of Egypt’s Amazigh community told EgyptSource the new constitution emphasizes Egypt’s cultural diversity and protects the rights of its minority groups. While Atheists and Shiites are among those minority groups living in Egypt, they have been left out of Egypt’s newest draft constitution.

Atheists and the Struggle for Secularism

While there are no official figures on the size of Egypt’s atheist community, many reports indicate that atheism is on the rise in the predominantly Muslim country. Like other minority groups, the atheist community made several attempts to meet the fifty-member assembly to discuss their demands. Alber Saber, a well-known Egyptian atheist who was sentenced to a three-year prison term on charges of blasphemy before fleeing to Europe, told EgyptSource these attempts were ignored.

“We are Egyptians: Muslims, Christians, Baha’is, Atheists, and Agnostics. We call on the constitution drafting committee, the Ministry of Justice, the Supreme Constitutional Court, and the Egyptian government to protect our full rights that are in line with the universal declaration for human rights and the different international conventions to which Egypt is a signatory,” reads the preamble of a statement titled “Our Rights,” that was jointly issued by a group of Egyptians and published on Saber’s blog.

Saber explains that “full rights” do not belong only to atheists, but rather belong to all Egyptians, regardless of race, gender, or belief.  These rights were detailed in eight points within the statement, and when the group contacted the fifty-member assembly to discuss them, they did not respond to the group’s demands.

The statement called for freedom of belief, the abolition of blasphemy laws and doing away with existing penalties on contempt of religion. It also called for the right to civil marriage, the removal of religious identity from national IDs and birth certificates, as well as calling for Al-Azhar and the Coptic Church to have no role in the enactment of laws. Their demands even went so far as to call for the removal of the application of Sharia law from the constitution. “This is because we want to live in a secular state based on citizenship, where no practices of religious, racial, or gender discrimination exist,” Saber explains.

The statement made other demands including calling for equality between men and women, free access to information, and the right to health care and wages.

“Certainly, achieving those demands will not solve all our problems, as we have other problems related to society’s perception of atheism,” he adds. Achieving these demands, Saber says, would be simply, “overcoming the first obstacle on our way.” He says including these demands in the constitution would allow for civil marriage, true freedom of expression, and would make conversion to another religion a “problem-free” issue, as religion won’t be stated in government-issued documents.

However, demands relating to the abolition of blasphemy laws, the right to civil marriage, government IDs and sharia law, which were called for by atheists as well as other minority groups, were never considered by the fifty-member assembly.

The Shiite Fight against Exclusion

Egypt’s Shiite community has no official association or representative, as they have a “common belief rather than a common organization,” explains El-Demerdash El-Oqally, a leading Shiite scholar and former member of parliament, who spoke to EgyptSource.  Egypt’s Shiite community has faced marginalization and outright prosecution. Under ousted president Mohamed Morsi’s regime, just over a month before his ouster, four Shiites, among them a religious leader, were lynched by an angry mob.

El-Oqally stated that constitutions should adopt a “human rather than a discriminatory approach,” where all citizens share the same rights and obligations that should be stated in their constitution. He did not contact the fifty-member assembly with any demands, saying that Egypt’s Shiite community doesn’t have self-interested demands. “As Shiites, we don’t have specific demands. We seek freedom of belief and expression for everyone, not for a certain group. The most important thing is preserving the humanity of citizens, which means protecting all their rights as members of the state,” he explained. As a result, there was no hearing session held for Egypt’s Shiite community with the fifty-member assembly, nor did they have a representative within the committee itself.

Recent events in Egypt, he says, have to an increase in the activities of “irrational groups that reject the other.” He adds, “What is happening now is that we have strong extremist groups, rejecting other beliefs and threatening freedom of expression and belief.” Egypt’s turbulent transition has left El-Oqally questioning whether or not the amended constitution will lead to positive changes for Shiites or other Egyptian minorities.

He is less than optimistic. “People’s perceptions don’t need constitutional articles to be changed. They need true tolerant upbringing at homes and in school class rooms for them to yield a society that accepts others,” he says.

Religious Intolerance: A Stumbling Block against Democracy and Citizenship?

The final draft of the amended constitution, submitted to the interim president for his approval, clearly did not take into account the demands of either Atheists or Shiites, in contrast with demands made by the Nubian and Amazigh communities. While they were negatively impacted by their inability to organize and lobby the committee, the likelihood of any demands seeing the light of day were slim to none.

It all comes down to one major factor. Society is much more accepting of ethnic differences than it is of religious ones.  Atheists, Shiites, as well as Bahai’s, remain the main victims of Egyptian society’s perceptions concerning freedom of belief. This was reflected in the fifty-member assembly. Its members, either out of their own personal convictions or out of fear of a public backlash, made no effort to accommodate these minorities.