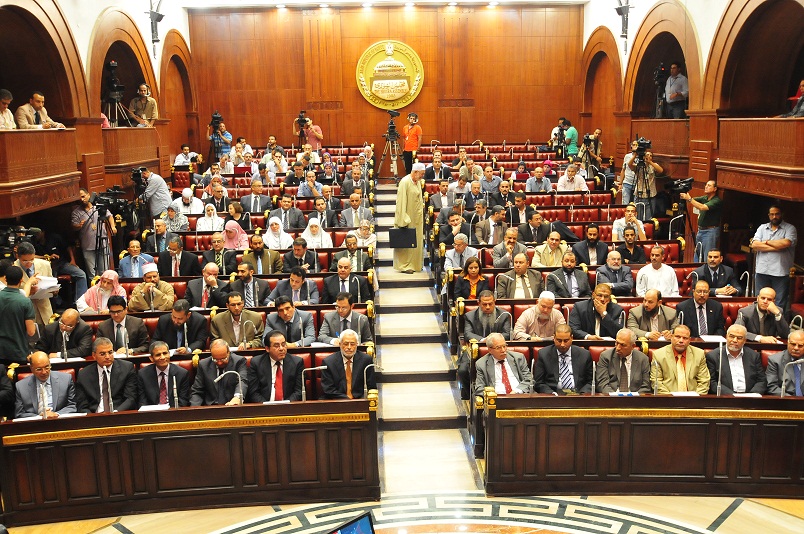 Now that the Presidential elections have come to a close and a new president has been elected, Egyptians can turn their minds back to the drafting of the new constitution.  A nation’s constitution is a supreme law that sets the tone for the way that nation will govern itself while also laying out a country’s most important values.  These laws and values are, in turn, used to interpret the meaning and intention of other domestic laws when they are called into question.  While most are concerned right now with what types of rights should be guaranteed under the Charter, it is also important the constitutional re-drafting process include some thought into proper provisions limiting constitutional rights.

Though human rights are often thought of as being absolute, in practice, they compete with public policy considerations.  When this happens, courts are given the responsibility of determining how to balance individual rights with collective interests.  One of the most prevalent examples of such a weighing of rights occurs in cases of national security, in which the state seeks to protect the evidence that it is using, while the individual seeks to know the case being brought against him or her. Knowing all too well these situations will arise, it is crucially important to contemplate how courts should deal with them.

Egypt’s former constitution did limit several freedoms with the phrase “within the law”. However, rather than ensuring that the rule of law was respected, these limitations enabled the government to render constitutional rights void by enacting laws that nullified their usefulness.  Perhaps the most famous of these is the law which restricts the application of the constitution in situations of national emergency.  As many of us are all too aware, this provision has been amorphously applied in Egypt for the period of 30 years that preceded the January 2011 revolution.  In enacting such laws, the government does not seem to have been held to any standard to defend the necessity of breaching fundamental freedoms (not to mention for such a long period of time at that).

In Canada, section 1 of the Charter states “the Canadian Charter of Rights and Freedoms guarantees the rights and freedoms set out in it subject only to such reasonable limits prescribed by law as can be demonstrably justified in a free and democratic society”.  The South African Constitution contains a similar clause which states “the rights in the Bill of Rights may be limited only in terms of law of general application to the extent that the limitation is reasonable and justifiable in an open and democratic society based on human dignity, equality and freedom”.  Though the United States’ Constitution does not contain an express clause of this nature, limitations to certain constitutional rights have been allowed when deemed necessary by the courts.  American Supreme Court Justice Ruth Bader Ginsberg recently suggested Egypt should look more to Canada’s and South Africa’s constitutions than to the American Constitution, perhaps alluding to the importance of including a limitations clause.

When faced with an alleged breach of a constitutional right, both Canadian and South African courts engage in an analysis of the facts to determine whether an infringement has indeed occurred, and if so, whether it  can be justified.  The onus is placed on the government to show that this infringement was indeed necessary.  Courts will, then, look at a number of factors such as the reason the infringement occurred, the proportionality of the infringement with the importance of the public policy considerations as well as the degree of connection between the infringement and the objective sought.  Not only must there be proportionality between the infringement and the objective sought, but the measure taken must be shown to have ‘minimally impaired’ (Canada) the right of the citizen. Courts will not allow an infringement if the same objective could have been accomplished by ‘less restrictive means’ (South Africa).  Such a framework forces the government to justify its actions by meeting these rigorous criteria, thus allowing for greater accountability.

There is a small but important distinction between the above described limitation clauses and the phrase “within the law” used in the former Egyptian constitution. The latter, while limiting constitutional rights, does not place any burden on the government to justify its actions.  In contrast, the clauses described above state that rights can only be limited “to the extent that the limitation is reasonable and justifiable”. This type of wording signals that if the government is to impose any limits on constitutional rights, it must be able to show that these are necessary.  In the case of Egypt’s emergency law, had there been a tighter framework for analysis, the government would have had to justify such a long suspension of constitutional freedoms.

As Egyptians move forward in the drafting of their new constitution, those involved in the drafting process should consider with deep gravity how conflicts between individual rights and collective objectives will be dealt with and whether or not they wish to address these conflicts through the inclusion of a limitation clause, which clearly provides for accountability by placing the onus of justification on the government.  A fundamental tenet of the rule of law is no one is above the law.  Though opportunities will arise where it is in the collective interest for an individual’s freedoms to be breached, it is important it be clear these situations will be considered in a fair and systematic way by the courts so as to ensure government actions do not fall outside of the nation’s prescribed laws.

Kristin Debs is an Egyptian-Canadian lawyer providing consulting and program evaluation services to the non-profit sector and government. Ms. Debs is also a member of the Egyptian American Rule of Law Association (EARLA).