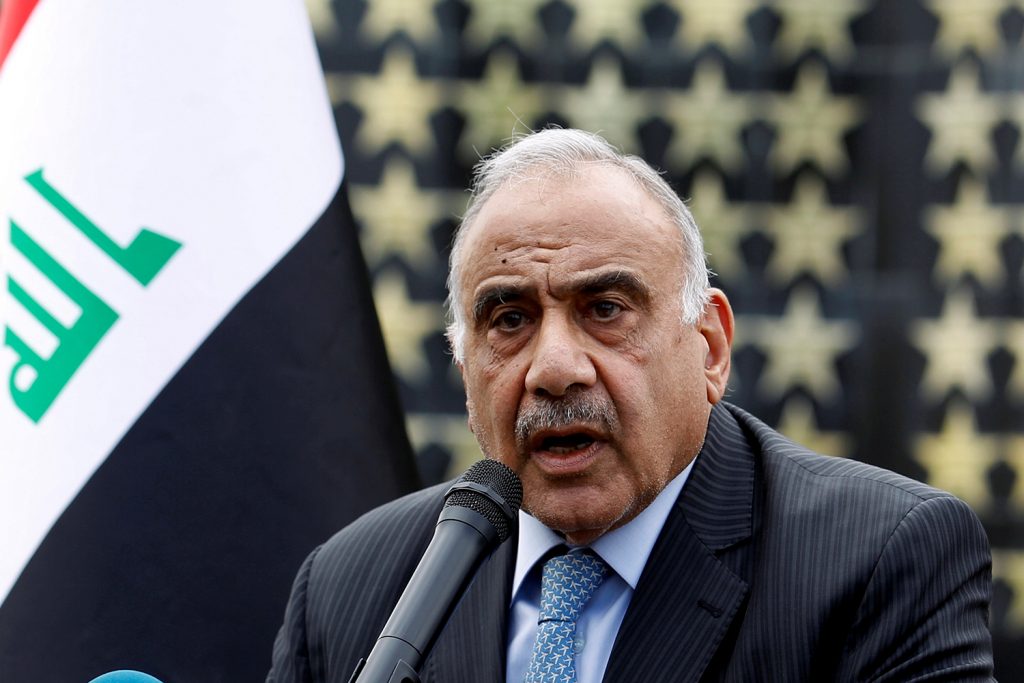 The other question that must be addressed is the possible constitutional violation of October 2018 when President Barham Salih appointed Abdul-Mahdi prime minister on the basis of parliamentary consensus before the proper designation of the parliament’s largest bloc. Article 76 of the constitution authorizes the president to nominate a prime minister from the largest parliamentary bloc. However, no such bloc was identified subsequent to Abdul-Mahdi’s nomination, leaving the parliament and the presidency faced with more questions to answer in this contentious and uncertain moment.

If the president nominates a prime minister now without properly designating the largest bloc, he will be challenged in court. If he follows the constitution literally, he will have some time until the designation of the largest bloc is made; a care-taker government can run affairs temporarily as mentioned earlier. However, if the Article 81 pathway is chosen, there will be only fifteen days to identify the largest bloc and nominate a new prime minister.

Aside from the complexity of this situation, there is also the menace of foreign influence. Government formation periods in Iraq have always attracted regional and other international powers to converge in Baghdad and throw all their weight to tip the balance in favor of their interests—or what each of them unilaterally deem to be Iraqi interests. Since 2003, Iraqis have consistently lost their first choice of prime minister and have settled for an alternative who was viewed as a compromise by foreign powers, and namely the United States and Iran. Despite the protesters’ vociferous rejections of foreign meddling in Iraq’s affairs, both in words and in action, it is not realistic to expect that the coming government formation process will be significantly different. In fact, there is perhaps more at stake in the next government than all previous iterations and, therefore, its formation will be accompanied by more intense pressure campaigns than ever before.

The appointment of a new government, with all the uncertainties that surround it, is only half of the picture of what is happening in Iraq and what will shape its immediate future. The other (and more important) half concerns the reaction of the protesters who are the driving force behind this crisis.

The demands of the Iraqi protesters—who represent the overwhelming majority of the people’s views—include not merely the overthrow of the government and the replacement of it with officials from the same mistrusted political elite. The protesters’ slogans (“I want a homeland” and “I am protesting to reclaim my rights”) go way beyond giving the political system a facelift. Their demands span from employment and economic opportunities to the overhaul of the political system and real reform that addresses the corruption and political apportionment system (muhassassa) which gives a few privileged political parties exclusive control over the country.

The protesters also envision a sovereign country free from foreign influence. Any government that is not going to present a credible program to meet this wide range of demands combined with the aptitude to implement it will not gain their approval and secure stability and security, which are essential prerequisites for moving Iraq forward.

Dr. Abbas Kadhim is the director of the Atlantic Council’s Iraq Initiative. Follow him @DrAbbasKadhim.

Waves of protests have hit Iraq this past October and November, calling for the resignation of the post-war government and sweeping changes. Last month alone, there have been reports of hundreds of protesters killed and thousands wounded by security forces in clashes across the country, from Tahrir Square in Baghdad to cities like Diwaniyah, Najaf, […]