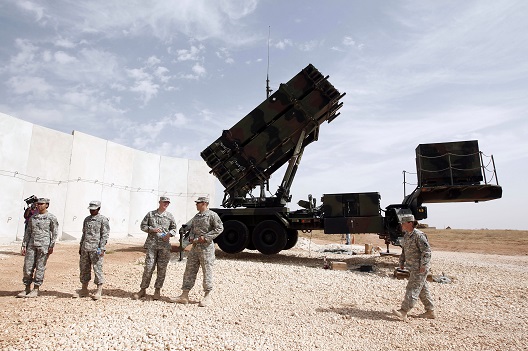 The leaked language for the final version of the forthcoming National Defense Authorization Act (NDAA) suggests that the US Congress will hold the delivery of Turkish F-35 fighter aircraft, until a report is drafted that assesses Turkish industry participation in the F-35 consortium, and how best to replace Turkish manufactured components in the supply chain. The potential Congressional action comes after the Turkish government reached agreement with Russia for the delivery of the S-400 missile system. The Russian made surface-to-air missile system poses a unique threat to American aircraft: the S-400’s radar is able to act as a platform to collect electronic and signal intelligence from the F-35. If the radar operates in Turkey, alongside the F-35, Moscow could potentially gain useful knowledge about the jet and be able to detect the jet at greater ranges, potentially giving Moscow useful data about NATO’s future frontline fighter.

Turkey is a Tier 3 partner on the F-35 program, which means the Turkish government paid $125 million for the initial development costs. Ankara has since increased this investment to over $1 billion. The structure of the F-35 consortium means that export of the aircraft is not a standard foreign military sale. For consortium members, the F-35 project is classified as a co-production arrangement, which means that Congressional approval is not needed for export. The NDAA language creates a pathway to remove Turkey from the consortium and, potentially, to block the transfer of the jet, unless the Turkish government acquiesces to Congressional demands on S-400.

Lockheed Martin unveiled the first Turkish F-35 in June 2018. The first crop of Turkish F-35 pilots are now in Arizona for training. Turkish ground staff are also in Florida for maintenance training. The Turkish F-35s remain under US custody until they leave the United States for Turkey, which is not expected to happen until 2020. The proposed language in the NDAA is intended to increase American leverage to force Ankara to cancel the S-400 deal. The NDAA language is independent of the Countering American Adversaries through Sanctions Act (CAATSA), which includes a provision to sanction countries for significant transactions with entities linked to the General Staff of the Armed Forces of the Russian Federation. CAATSA has a national security waiver, but it is unclear if the president would use this authority to forego sanctions on Turkey for the purchase of a Russian missile system, given tensions over the Turkish government’s imprisonment of Americans.

The Turkish government and the United States have been engaged in talks on this issue since at least December 2017. The White House and Department of Defense used the threat of sanctions, alongside an improved offer for the American-made Patriot missile defense system to try and alter Turkish decision-making about S-400. The US fallback position is for Turkey to simply choose the European-made SAMP/T, which is interoperable with NATO hardware.

The Turkish government has resisted American pressure. In April 2018, the Turkish Undersecretary for Defense Industries, Ismail Demir, tweeted that the S-400 delivery date for had moved up to July 2019. To assuage American and allied concerns, Ankara proposed a compromise: the Turkish Air Force would operate the system independent of its integrated air defense and Turkish operators would be trained in Russia, rather than having Russian trainers and maintainers travel to a Turkish airbase. This proposed compromise is unlikely to assuage core American and allied concerns about a Russian radar collecting emissions from Turkish operated F-35s—a problem that could threaten the entirety of the F-35 fleet.

…that removing Turkey could trigger a supply chain disruption for the US military and our partners, as well as increase other program costs…If the Turkish supply chain was disrupted today, it would result in an aircraft production break, delaying delivery of 50-75 F-35s, and would take approximately 18-24 months to re-source and recover.

The F-35 training program for Turkish pilots is expected to last between one to two years, meaning that the transfer of the jet will overlap with the purported delivery date of S-400 to Turkey. However, a separate amendment penned by Senators Chris Van Hollen and Lindsey Graham in the Fiscal Year 2019 State, Foreign Operations, and Related Programs Appropriations Act would block the transfer of aircraft to Turkey until the Secretary of State certifies that Turkey will not receive S-400. This appropriation bill has not yet passed the Senate, but if this language is included, the Congress would force a hard stop to future F-35 deliveries without any of the legwork to offset potential costs to the program and, importantly, for negotiations with Turkey to try and solve the impasse.

To date, the Turkish government has not publicly signaled a willingness to cancel the S-400 procurement. To the contrary, when asked in public about the purchase and expected Congressional retaliation, Turkish Foreign Minister Mevlut Cavusoglu defends the S-400 agreement and accuses the United States and Europe of failing to meet key Turkish technology transfer demands. Ankara’s talking points of western duplicity about missile defense are riddled with falsehoods, particularly over offers to include Turkish manufactured components in the final assembly of a Turkish surface-to-air missile system. Whatever the case, the United States has now sought to increase its leverage in ongoing negotiations with Turkey.

The Turkish government could choose to continue with the procurement of S-400; defense procurement is a sovereign decision. Ankara should also be expected to take retaliatory legal action, should Congress move to block F-35. As a member of the consortium, Ankara has invested over a billion dollars in the F-35 program. The Turkish government is going to want this money back.

The NDAA language is a significant escalation in bilateral tensions between the United States and Turkey. However, it also includes a clear pathway to de-escalate the situation and move forward. The problem, of course, is that Turkey will have to change its procurement strategy. Ankara has, thus far, shown no indication that it intends to give up on either the S-400 or F-35. The potential inducement—an improved offer for Patriot or future collaboration on the SAMP/T—has not swayed key decision-makers in the Turkish bureaucracy. Russia, the third party to these bilateral tensions, has no incentive to cancel the delivery, which would give both sides an easy out to this on-going spat.

The NDAA gives the two sides more room for dialogue. However, the inclusion of this type of language (and the looming threat of even harsher action) is emblematic of the decline in US-Turkish relations. To solve this issue, more dialogue is needed. But the clock is ticking.

Aaron Stein is a Resident Senior Fellow with the Rafik Hariri Center for the Middle East.