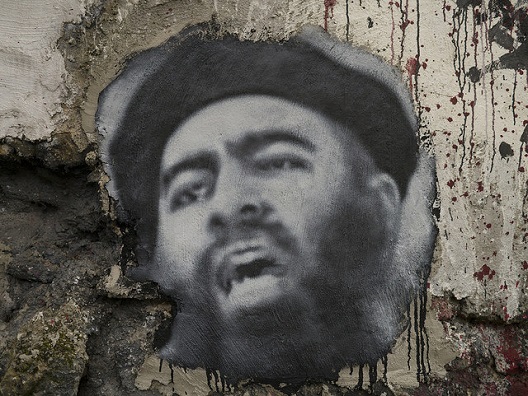 Analysts have described the Islamic State (ISIS or ISIL) as the most powerful terrorist organization of this decade. However, few have discussed the shared characteristics between the extremist nebula and modern cults, particularly regarding the recruitments of westerners and fresh converts. Foreign fighters and lone wolf militants—such as those in the latest attack in Dallas, Texas—continue to flock toward the violent group. Understanding how ISIS uses its multidimensional approach to gain recruits and foster loyalty, making it not only a terrorist organization or a crime cartel but also a cult, may help in developing better ways to fight it and mitigate the global security threat it increasingly poses.

Cults are usually defined as small religious groups with extreme beliefs, in contrast with the precepts of larger and more accepted religions. Members of such organizations typically share an abnormal admiration for a cause or a leading figure.

What better way than to describe ISIS? The appeal of the organization in fragmented countries torn by sectarian rivalry such as Iraq and Syria is understandable given that ISIS represents for many Sunni locals what they believe as a rampart against their nemesis—whether in the form of the Assad regime or Shia militias. In a western context, however, analysts have puzzled over the organization’s appeal with third generation Muslims born in Europe or the United States and fresh converts, such as Australian teenager Jake Bilardi who died in a suicide attack in Ramadi last March. In April, French Prime Minister Manuel Valls revealed that seven French people including six converts had died in suicide attacks in Iraq and Syria. The attack by Elton Simpson and Nadir Soofi on an anti-Muslim group in Dallas came after Twitter messages that pledged fealty to ISIS.

Indoctrination is a key element in the recruitment process of jihadists groups such as ISIS, a practice closely studied by French sociologist Dounia Bouzar. “The indoctrination process is built on the combination of … the temporary unhappiness [of the recruited], with a powerful message that is transferred by the recruiter,” said Bouzar in a recent interview.

The death of Bilardi’s mother may have triggered his radicalization. According to Bouzar, the indoctrination process often starts by feeding the targeted person with conspiracy theories that aim at undermining the victim’s values and usual reference points. In his blog post “From Melbourne to Ramadi,” Bilardi explains how viewing Taliban videos helped him redefine the meaning of democracy and the “false realities” created by the West.

Cults tend to be built around the group’s megalomaniac aim to achieve some greater good and purify society. ISIS has followed this path, providing converts or Muslims with little knowledge of the religion with the promise of redemption. Such was the case with Khaled Sharouf, an Australian man of Lebanese descent who shocked the world by posting pictures of himself and his children holding severed heads. From drug addict and petty criminal, Sharoud became the poster child of a foreign jihadist generation fighting the “enemies of Islam.”

Like other traditional cults, ISIS has relied on obscure doctrine and extreme texts, often lying on the fringe of Islamic tradition. One example includes ISIS’s wide use of takfir (the labeling of an apostate, condemnable by death), introduced by a fundamentalist group known as the Khawarej in the sixth century. The terror organization also published a religious edict (fatwas) citing an obscure text by an Islamic thinker describing how caliph Khaled Ibn al-Walid burned apostates. The organization relied on this fatwa to justify the immolation of Jordanian pilot Muaz Kassabeh who had been captured after his plane crashed in Syria last year. The use of extreme forms of brutality is a behavior that is often typical of cults, according to French psychologist, criminologist, and expert on cults Jean-Marie Abgrall, who highlights how cults position themselves “as counter power models opposed to the (current) system.” Extreme behavior reinforces the ties between members while further severing their relations with the outside.

To coerce its members into blind obedience, cults often construct their ideology around an apocalyptical vision of the world and surround their leaders with a holy aura to make them more credible. Dabiq, an ISIS publication, employs this narrative in using the Prophet Mohammed’s description of the region as the place where the armies of Islam and “Rome” would meet for the final battle preceding the end of times. The self-proclaimed caliph Abu Bakr al-Baghdadi justified his right to speak as the representative of God on earth by touting his lineage to the Qureishs, the tribe of prophet Mohamad. The isolation of the group members further reinforces dependence on the cult. In Iraq and Syria, activists described how Western jihadists had their own quarters and rarely mingled with the local population. By imposing a strict dress code on its members and manipulating them into believing that they represent a chosen elite, ISIS can strip Western recruits of their traditional beliefs and old identities. Powerful propaganda, from the multiple videos released by the organization to the latest beheading and shooting of Ethiopian Christians, reinforces the aura of power from which members derive a twisted sense of pride.

While some ISIS fighters might be hardcore jihadists, others are often victims of the machinations of organization that in many ways operates like a cult. Bilardi is one of many example of an idealist turned bad. In one interview, Bouzar noted how many of French teenagers who joined jihadist groups initially did so for humanitarian reasons before becoming active participants in the Syrian conflict. Bouzar’s observation shows that how ISIS preys on both disaffected and the idealistic alike.

Within this complex dynamic both families and state institutions share responsibility to intercept ISIS messaging and rehabilitate former recruits. States can educate families in particular, which could provide early warning, should a loved one exhibit signs of vulnerability. Communities can create awareness through local mosques, schools, libraries, and town meetings. States can also engage in messaging on social media and televised public service announcements. Engaging former extremists or cult members can also help counter these recruitment strategies. Reformed jihadists are better educated at how terrorist cult-like groups brainwash their followers and could provide a counter narrative. Empowering young, moderate Islamic clerics in vulnerable communities could also curtail the expansion of Salafi jihadism. Most importantly, however, all concerned actors must fight the increasing social polarization between Western and Muslim communities, which feeds into the victimization narrative used by ISIS, further pushing fresh recruits into its predatory arms.

Mona Alami is a Nonresident Fellow with the Atlantic Council’s Rafik Hariri Center. She is a French-Lebanese journalist and based in Beirut. Follow her on Twitter @monaalami.