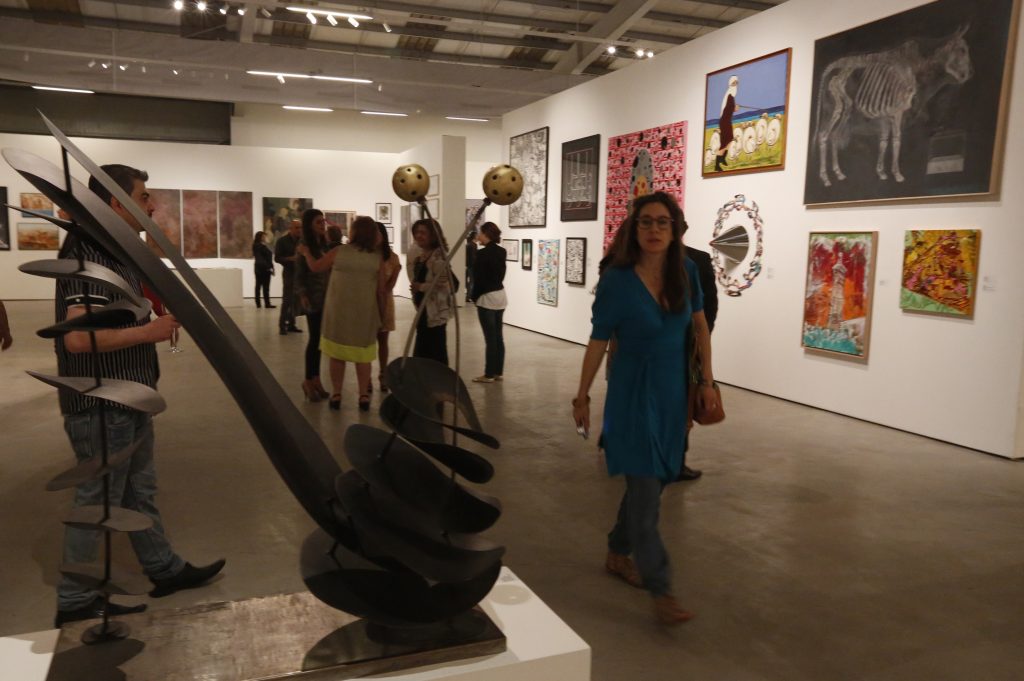 The art industry in the Middle East had historically flourished in the cultural capitals of the region namely Beirut, Baghdad, Damascus, and Cairo. Over the last few decades, the arts lost their foothold in these capitals due to conflict, repression, and ongoing security threats; specifically in Cairo and Damascus.

However, some were able to hold on to an art industry better than others. Beirut is seeking to regain its rank as a leader in the arts. A city that maintained its music, poetry, and fine arts is intent on building a national museum dedicated to the arts. The Beirut Museum of Art (BeMA) is slated to open in 2023 with a growing collection provided by the Lebanese Cultural Ministry along with donated pieces from the Lebanese diaspora around the world; even as far as South America. BeMA is seeking to be an inclusive and contemporary art museum to include all Lebanese artwork regardless of faith, ethnicity, political party, or economic background.

The idea for a museum came about in 2015 to further initiatives by APEAL, the founding entity of BeMA, which is a non-profit organization established in 2008 and dedicated to supporting and promoting the work of Lebanese artists on a global scale. Its initiatives fund exhibitions and scholarships for young Lebanese artists to study curatorial and art studies abroad in schools such as MIT, Harvard, and the Rice university in Houston and thereby cultivating an engaged and active public with the arts.

The board members are comprised of influential individuals in Beirut that sit on the boards of both BeMA and APEAL. BeMA is slated to absorb APEAL as it continues its mission through socially engaging programing; which the government is unable to provide.

The physical building of the museum is expected to be 12,000 square meters and is already underway; with the location chosen, and designs approved. The location is the site of the previous frontline between Muslims and Christians in the Lebanese civil war; the land is owned by Saint Joseph University. The design of the museum sets out a futuristic cube of a modest six story apartment building with seventy balconies to feature outdoor exhibits and will include “natural ventilation in the expansive open lobby, passive and active solar shading on the façade, a rainwater collection and usage system that directly connects to a green roof for the lower level.”

While the building itself is beginning to take shape, fundraising continues. It is estimated that the museum requires $39 million to complete. City tours and fundraisers are ongoing. The first private event started in November 2018 with Paris, New York City, Houston, and most recently Washington DC; with more expected.

Part of the outreach initiative includes partnerships with domestic and international groups. Domestically, BeMA is expected to participate in the annual Beirut Art Fair in the fall of 2019, and currently works with local institutions such as The National Museum, University of St. Joseph, Germany Embassy, Ministry of Education, TAP (Temporary Art Platform), and local artists like Chantale Fahmi, Collectif Kahraba, Soraya Ghezelbash artists, and civil society. Internationally, it developed a partnership with RISD to showcase its collection online as a collaborative platform to document the research and recovery of artwork in Lebanon and the Levant at large.

Taline Boladian, a representative of APEAL, was focused on managing the inventory and assessing the collection given by the Ministry of Culture to the museum. The Lebanese diaspora additionally provided pieces for the collection as well as donations. She describes the vibrant fine arts industry in Beirut thriving among business, civil society, and education sectors. Several banks now display their art collections, host exhibitions, and provide awards to artists including Bank Audi. The Aishti Foundation, a high-end mall, opened up an art gallery alongside it consisting of the owner’s international collection. At least four new art galleries opened up in Beirut in the past few months such as Belvedere Art Gallery, WiP (Work in Progress) Gallery, Leticia Gallery, in addition to the ongoing work by the Beirut Art Center, a local non-profit. The American University of Beirut now also offers new degrees in fine arts along with a Master’s program in art history and curating; a recent development as of 2017.

While this is all encouraging, Boladian says Lebanon still lacks fine art museums. Like much of the region, it boasts a national museum with ancient artifacts but is not focused on art. The rare art museum is the Sursock Museum which closed in 2008 for a seven-year renovation and expansion.

Ultimately, the goal of the museum is to foster not just an art museum, but to build a socially engaged institution focused on education and being a collective partner with the community. It is a daunting task, but Boladian is hopeful. Her goal is to target the new generation in “fostering a love of the arts…which can bleed through to the rest of society.” Boladian expects school field trips to the museum to become a staple program for students across Lebanon who may not have the opportunity otherwise. In this way, the museum can cultivate an audience for ten to twenty years that will share these experiences with their families as they learn about the cultural, religious, and identity norms of other societal groups in Lebanon. The aim of the museum is to be a neutral platform for the Lebanese society to learn about each other post-civil war; where villages and neighborhoods tended to stick together and isolate away from other groups.

If BeMA can achieve these goals, it will be a model institution to emulate throughout the region; especially in the Gulf which is looking to take on a new role as a leader in the arts. It has seen several art institutions built nationally or through partnerships with the Louvre, British Museum, and the Guggenheim, yet it remains to be seen how inclusive it will be especially in regards to the large migrant population not represented. Regardless, BeMa is striving for a worthy goal and well on its way to achieving it; if the support from the government and the diaspora is anything to judge by.

Reema Hibrawi is an associate director and editor of MENASource for the Rafik Hariri Center of the Middle East.

Image: Visitors inspect artwork on display as part of an auction during the opening at Beirut Art Center in Beirut October 30, 2013. An estimated $1.3 million worth of art from more than 130 artists, mostly from Syria and Lebanon, is being auctioned at below-gallery prices in Beirut to raise money for Syrian refugee children. REUTERS/ Jamal Saidi (LEBANON - Tags: SOCIETY BUSINESS)