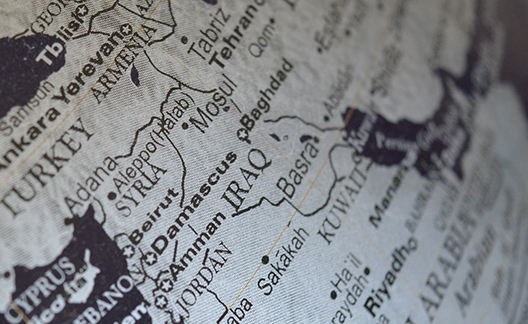 In today’s Iraq, political movements and politicians shy away from promoting secularism or proclaiming to be secularists. The reasons for this—and the reasons for the rise of religious (and religious identity) politics in Iraq after the 1958 coup in which the Hashemite monarchy was overthrown—are numerous and complex. Some of the main factors that may lie behind the demise of secularism and the rise of Islamism include: the failure and brutality of secular governments, including that of Saddam Hussein; the suppression of religious political movements; successive wars; international sanctions and their effect on society at large; the Saddam Regime’s “Faith Campaign” in the mid-90’s during which the regime attempted to pacify the population struggling under the harshness of international sanctions by promoting religion; and the lack of public political discourse.

In the aftermath of the 2003 US invasion and the overthrow of the Saddam Hussein regime, the US Administration, represented by the Coalition Provisional Authority (CPA), also played a role in establishing a sectarian and religious political system by entrenching religion in the new political system through quotas and, in some cases, promoting sectarian and divisive political actors, rather than appointing secular representatives who would be welcomed by both sides. The CPA, for example, appointed members of the Iraqi Interim Governing Council based on sectarian divides, rather than from a completely secular perspective, appointing competent actors while also ensuring diversity.

The factors identified above, and perhaps most significantly the lack of public political discourse, seem to have created a gap between what secularism is and how it is perceived by some in Iraq. Many Iraqis appear to conflate secularism with atheism, a trend common across the region—likely due to perceptions of western democracies and their role in the region and the proclamations of some influential clerics.

In a largely socially-conservative and religious society, this has left the impression that secularism is a pernicious western philosophy incompatible with Iraqi or Muslim society. Rather than areligious, secularism is perceived as the antithesis of religion and restrictive of religious freedoms. Past self-identified secular governments clamping down on religious freedoms—limiting for example, the ritual of commemorating Ashura’ in Karbala in the 1980s—have added to that perception. In 2010, when a candidate for Iraq’s parliament described his party’s political agenda as one that separates religion from the state, the interviewer promptly asked if his party was secular. He angrily responded “No! We believe in God!” Some politicians describe themselves as civil rather than secular when conveying that they believe in limiting the influence and role of religion.

Secularism, however, is not a novel idea in Iraq or the Muslim world. Some of the origins of European secular thought can be found in the teachings of Ibn Rushd (Averroes, as he was known in Europe), an Islamic polymath and philosopher in twelfth century Córdoba. Ibn Rushd was a defender of Aristotelian philosophy and contended that philosophy and religion were both a means of reaching the same truth. Another notable example in early Islam is the Charter of Medina. A constitutional document which was adopted by the Prophet of Islam upon entering Yathrib (later known as Al Meddina Al Munawara), a multi-denominational city at the time, was also seen as having secular elements whereby certain individual rights, including freedom of religion, were protected. There are ample examples and arguments to be made that could change the perception that secularism is incompatible with Iraqi society.

Failing to correct current misperceptions and to limit the influence of religious parties may result in further entrenchment of religion and sectarianism in historically secular state institutions such as the security forces and the educational system. This, in turn, could lead to perpetual political and societal conflict between different communities and a continuous feeling of disenfranchisement of all sections of society on the basis of religious affiliation. There will be no impetus to change the nature of state institutions and political appointments, currently based mainly on religious affiliations rather than competence.  Given the urgent need for national reconciliation, the establishment of state institutions, and the curbing of terror attacks, secular Iraqi politicians should promote and defend secularism more aggressively as a potential solution. They can do so by publicly endorsing secular solutions, drawing parallels with multiethnic and confessional states, such as India,  successfully governed by secular governments while states that institutionalize sectarianism, such as Lebanon, are marred by societal tensions and ineffective governments, and articulating how terrorism can only be defeated through an inclusive approach and not by divisive policies. A secular approach could help rebuild a unified national identity, reduce incompetence and sectarianism in state institutions by establishing a meritocracy—particularly in the security sector—, and give disenfranchised segments of society a stake in Iraq and its government’s success by reversing their current perceptions and feelings of antipathy or apathy towards the state.

Secular Iraqi Politicians  can also allay the fear of secularism by a religious populous by attempting to educate their constituents as to its true meaning, and to assure them that the adoption of secularism would, in fact, protect their religious liberties rather than infringe on them.

There are signs that secular movements in Iraq have an opportunity to effectively convey their philosophy to the electorate. In last summer’s weekly anti-corruption demonstrations in Baghdad’s Tahrir Square, protestors of all religious and political backgrounds could be heard regularly demanding the instatement of a “civil government,” and even some religious clerics have expressed a preference for a civil state over the politicization of Islam. This attitude is not new. Around three years ago, the Iraqi parliament and even some in the religious establishment expressed rejection of a draft family law espousing religious principles on the grounds that it was too divisive.

The continuing protests against the government and the state’s endemic corruption have seen many protestors raise secular and anti-sectarian slogans and the younger generations are progressively more supportive of such ideas. The months-long protests have recently been dominated by Muqtada al-Sadr, a firebrand cleric, and his supporters, albeit with a less religious tone than one would expect,  and the window of opportunity for secular movements and politicians to sway a population disillusioned with sectarian and religious politics remains open. This is because Iraqis have experienced religious sectarian party rule for over a decade with little accomplishments. Increased corruption, a continually deteriorating security situation, the mismanagement of the economy by maintaining a rentier state heavily reliant on oil prices and susceptible to large shocks when those prices drops, and failure to efficiently provide basic services such as electricity and water are associated with the rule of sectarian and religious parties.

Secularists in Iraq can take advantage of this failure, taking this opportunity to fill the void by vociferously promoting their agenda and identify how their path would provide solutions to these problems. They may have to shed the banner of “secularism” for a less provocative one such as “civil” or “civilian” but the ideas remain the same, and, if packaged correctly, could find a highly receptive population.