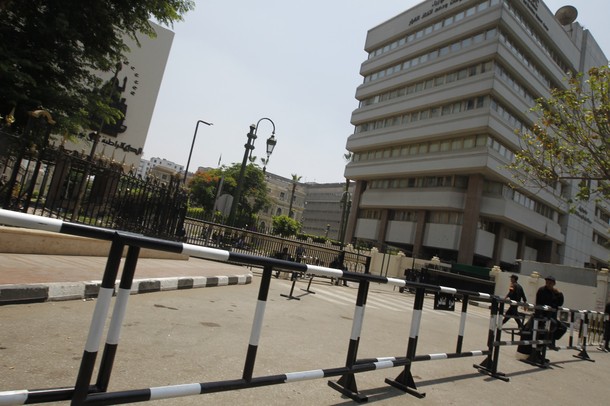 In recent days, we have continued to hear the repeated mantra that the Middle East is experiencing an Islamic Spring. This has been substantiated by the election of President Morsi in Egypt and the Nahda Party in Tunisia. Based on that assessment, a number of DC-based think tanks have recommended that the US should work with Islamists who have embraced democracy. They drive home an image of Islamist discourse as being moderate and downplay mistakes as being part and parcel of politics and experimentation. It is, however, a shortsighted policy that has a number of pitfalls, and calls for the US to revisit it are muted.

This attitude is very dangerous, both for Egypt and Tunisia, and has resulted in an executive order waiving conditions under which Egypt was to receive military aid from the US. The policy has developed such that the US has adopted a dual discourse, where its military communicates directly with the Egyptian military, and its civilian arm communicates with the state of Egypt.

It also encourages a number of assumptions about the transitional process. The first is that the transitional process has not been politicized to the advantage of a certain political faction. Most pundits dismiss this as irrelevant or exaggerated, and instead say that the Muslim Brotherhood (MB) should not be faulted for being the most organized group in the country. That is true and some of Egypt’s factions need reminding of that, but it is something which should not be associated with the transitional process. Take for example the debate over the president’s powers. Prior to the dissolution of parliament, the MB spent a great deal of energy trying to accrue some concessions and withdraw confidence from the Ganzouri government, and in so doing, would have set a parliamentary and governmental precedent. Now they are fighting for the president to have that same right to form a government. Out of that stems the deep debate over whether the dissolution of parliament was an attempt to weaken Egypt’s political arena, and specifically its Islamists. This results in the often-heard simplification that the liberals have sided with the military and are instead calling on it to intervene in the writing of Egypt’s constitution. For a nuanced understanding of these claims, one needs to step back in time.

Nathan Brown commented on how the military has made it mandatory for the Supreme Constitutional Court (SCC) to review the presidential electoral law before it is promulgated. In keeping with article 28, the military referred the law to the SCC, which in turn objected to it, and made some changes. This shows the military’s unilateral skirmishes in Egypt’s legal system. Additionally, people forget that the notorious article 28 that makes the Presidential Electoral Committee (PEC) a body above some courts was part of the legal system that the military initiated in the March 19 referendum, in 2011. The MB mobilized a vote in favor of the referendum, but recently during elections, it litigated against its original position, particularly in terms of the voter list and article 28.

That same referendum saw Egyptians agree to a set of 9 articles*, and then some 11 days later a constitutional declaration was issued with 63 articles, in which the electoral system was stipulated. On May 30, an amended law was issued contrary to the constitutional declaration of March 30, allowing parties to compete for individual seats; going against past court rulings. Its legitimacy is therefore questionable, but criticism at the time was deemed as steering away from the transition’s roadmap. This amendment was justified with changes to the constitutional declaration promulgated on September 25, 2011, allowing party members to compete for individual candidacy seats; an electoral law which the MB pushed for. This shows the politicization of the regime beyond any doubt. With the MB going against the administrative court’s ruling on the constituent assembly for the second time and having created the first void assembly, it is clear that the transition process has been politicized. The military could have easily asked the SCC to review the parliamentary electoral law, but it didn’t.

Thus recent rhetoric by some think tanks stating that parliament should be reinstated because it is the only source of legitimacy is inaccurate; the military has encroached on Egypt’s fragile legal system and rendered it devoid of legitimacy before. This was previously done with the MB’s blessing, but the military has decided to flip flop on that position. This is most evident with the recent decision to write the constitution first and hold legislative elections later. This is not synonymous with the military co-opting liberals for their bidding. Making short-term bets that the MB is the kingmaker in Egypt politicizes the transition process further and shapes it not around Egypt as a state, but rather around what the elections will bring.

The West has been in dire need for an interlocutor, but in looking for one, they have neglected Egypt the state for Egypt the elected executive. Incoming legislative elections may serve as a wakeup call for some especially now that some political forces have begun organizing on the grassroots level. With the moderate performance Hamdeen Sabahy garnered in the first round of elections, he may be a force to be reckoned with, should he decide to pursue his plans to form an umbrella alliance. One may take a cue from the constitutional assembly that decided to withdraw confidence from the Al Nahda party in Tunisia. Conceivably a year from now Egypt may see such a scenario with a Parliament that has a watered down MB presence.