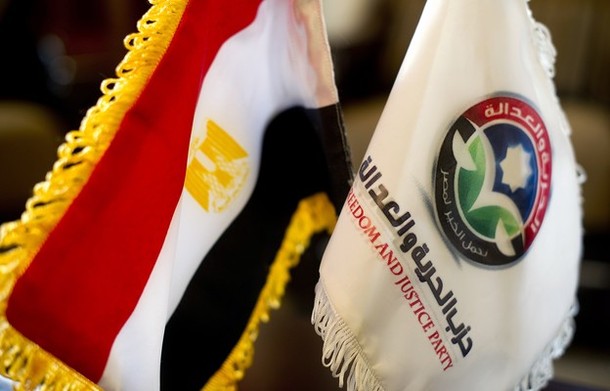 With the third and final round of Egypt’s parliamentary elections coming to a close and preliminary results suggesting the domination of the Muslim Brotherhood’s Freedom and Justice Party (FJP) in the People’s Assembly, the focus has shifted to what the FJP might do with its newfound political gains. One widely debated question surrounds the FJP’s position on the Egypt-Israel Peace Treaty. This is arguably the single most important agreement binding Egypt, Israel, and the US in their international relations and the paradigm by which Egypt has operated since 1978. Trying to gauge the FJP’s stance on the matter, however, remains confusing given the Brotherhood’s ambiguous and often contradictory statements on this issue.

On January 1, al-Hayat reported Dr. Rashad Bayoumi, Muslim Brotherhood deputy, as saying that the organization was under no obligation to recognize Israel, but that Egypt would respect its international agreements in the interim. Last week, US State Department spokesperson Victoria Nuland stated that US officials that had spoken with the Brotherhood “had some good reassurances from different interlocutors” that they would uphold the international obligations of the Egyptian government.

Shortly after the announcement reached the press, however, a statement by Muslim Brotherhood Guidance Bureau member Ibrahim Mounir denied any such assurances. The same day, the FJP website also published its platform for governing Egypt – the focus almost entirely on domestic policy except for the last item on the list regarding increased Arab cooperation and support for Palestinian independence.

During the violent clampdown on unrest last November and December, the Muslim Brotherhood remained conspicuously absent from street protests against the ruling authorities, sparking suspicion over its dealings with the Supreme Council of the Armed Forces (SCAF). Although the Muslim Brotherhood blamed the SCAF and the interim government for the violence, spokesman Mahmoud Ghazlan in a phone interview with the private satellite channel Dream TV said it would not oppose immunity for SCAF members accused of command responsibility for the deaths of protesters to guarantee a peaceful transition. Dr. Essam El-Erian, Vice Chairman of the FJP later released a statement denying special status or immunity for the SCAF.

So what is going on?

While more revolution-oriented groups accuse the Brotherhood and the FJP of manipulation and opportunism, others simply call it playing politics. The double talk clearly allows the organization to maneuver in a highly uncertain and volatile political environment, one in which the significance of the FJP in the People’s Assembly may hinge on the political system determined by the new constitution. The debate over the sequencing of the constituent assembly and the presidential elections pits the SCAF and the FJP against almost all the other political groups in a move designed to give the Brotherhood the greatest control over the coming transition.

The noncommittal talk may, therefore, represent the carrot (immunity) and the stick (renegotiating the Egypt-Israel Peace Treaty and the accompanied US military aid) that the Muslim Brotherhood and FJP hold over the SCAF to ensure the interim government will not interfere in its ascent to power and its shaping of the new Egypt. Should the SCAF attempt to curb the FJP’s political influence, the Muslim Brotherhood would not hesitate to exploit popular anti-American and Israeli sentiment by pushing for a referendum on the treaty and threatening the military aid that supports the SCAF’s privileged status. While by no means guaranteed, the treaty may end up a casualty in the political tug-of-war between the Islamists and the SCAF.