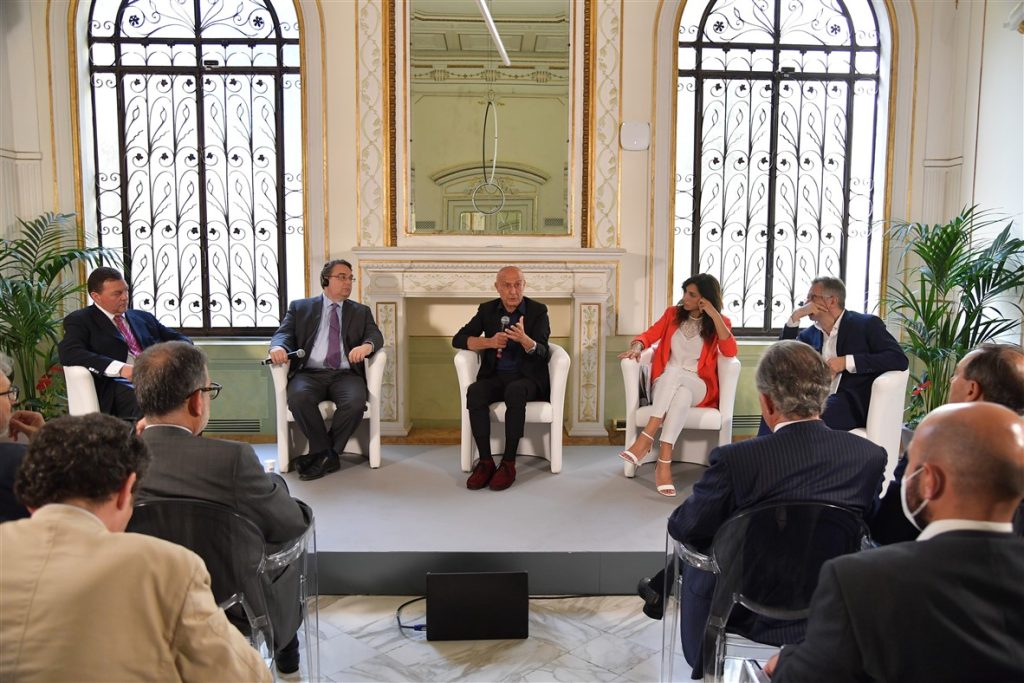 Russia’s brutal invasion of Ukraine is halfway through its fourth month, and its knock-on effects are aggravating pre-existing pockets of instability – especially across the MENA region. The lingering, Kremlin-triggered food crisis piles onto the pandemic and the grinding economic recovery, the climate crisis, the energy transition, and the stressed global supply chains. Not to mention the effects of the great power clash between countries such as Egypt, Turkey and Iran, each of which have competing regional aims. “This is certainly a period of great change and transitions,” noted William Wechsler, director of the Atlantic Council’s Rafik Hariri Center and Middle East Programs. He was speaking at “The Middle East in the New Geopolitical Disorder,” a conference organized to discuss the region’s newfound centrality amidst the global political currents, live-streamed from the headquarters of the Med-Or Foundation in Rome.

During his opening remarks, Mr. Wechsler sought to explore a growing perception among MENA countries and onlookers regarding the United States disengaging from the area. According to Mr. Wechsler, this perception results from five decades of unchanging US foreign policy, with Washington working to preserve the regions’ status quo – until it didn’t, starting with the invasion of Iraq.

In 2003 the Bush administration openly transitioned from supporting to maintain the status quo to altering it , noted Mr. Wechsler. With President Obama came yet other policy changes. Events such as the Arab Spring and the signing of the Joint Comprehensive Plan of Aaction reinforced the perception of a shift of US policy. Donald Trump “was the biggest threat to the status quo ever” remarked Mr. Wechsler. “Now we have Joe Biden, who I see as the last chance for the US to act appropriately in the Middle East.”

These dynamics created a void, continued Mr. Wechsler, with several actors such as China and Russia sensing its existence and rushing to fill it in the past decade. This was also made possible because of the unusual fragmentation of Arab countries. As he recalled, in the past a would-be external power would have had to deal with an Arab leader attempting to represent the entire “Arab Nation”.

Today these Arab actors are relatively weak from a geopolitical point of view, he argued, which makes the present an unusual moment in history and allows for non-regional actors expanding their reach. Hence the strength projection of the likes of Iran, Turkey and even some European powers (albeit somewhat unsuccessfully), as well as Russia – again, after the US had driven it out of the region. And, finally, a new player: China, which has entered the Mediterranean region in its own way, prudently avoiding conflict and seeking to strengthen economic ties.

However, the perception of US disengagement is simply not grounded in reality, said Mr. Wechler. In truth, Washington is far from disengaged: it remains the largest naval and aerial power in the region, it boasts a massive intelligence platform, it operates on the diplomatic level and leverages economic ties. Setting aside the Western hemisphere, more than half of the US’ existing free trade agreements are struck with MENA countries. All these elements speak of a long-term, long-lasting commitment, overshadowed by the United States’ domestic politics and fatigue to long-lasting conflicts.

Perhaps owing to its pivot to the Indo-Pacific, Washington was nevertheless expecting the EU to weigh in more on MENA affairs. That didn’t happen. The Russian invasion of Ukraine provided an opportunity whereby the European bloc could have reacted with a unanimous and strong voice to the ongoing events, said Professor Riccardo Redaelli, director of the Center for Research on the South and Mediterranean System at the Catholic University in Milan. But Brussels has maintained a seriously passive and inattentive stance towards the wider Mediterranean, which highlighted its limits as a geopolitical actor. “History’s slap,” said the expert.

There’s an irony to the EU’s blunders given that it is now scrambling to reduce Russian energy imports by sourcing them from MENA countries instead. The Mediterranean Sea itself has become a hotbed of unresolved geopolitical woes, and energy issues will likely worsen the situation. “Take the eastern Mediterranean, for instance: it hosts enormous energy resources, but many believe it will be the eye of the perfect storm, having stimulated many of the tensions that have hampered joint security and energy efforts,” explained Alessia Melcangi, associate professor at Sapienza University in Rome and nonresident senior fellow for Middle East Programs at the Atlantic Council.

The Mediterranean does have a lot going for it, which helps to explain its newfound centrality. Aside from energy, it encompasses one percent of the world’s water, and yet it’s home to 15% of maritime trade. Entire countries are dependent on said trade, as the food crisis dramatically exemplifies – and one can only imagine the breadth of the potential social crises, which in turn may trigger northbound migratory fluxes. All the more reason for the EU to focus back on the area, remarked Karim Mezran – director of the Atlantic Council’s North Africa program, who was moderating the debate – while highlighting the need for new EU-wide involvement.

“We need a new European project for the Middle East: a partnership in which we promise money to autocrats so that they pretend to conform to our values does not work,” stated Mr. Redaelli. “If we look closely at what is happening in Ukraine, we can see that many of its underlying causes are related to the wider Mediterranean area,” added Marco Minniti, president of the Med-Or Foundation and former Italian Minister of the Interior, stressing how all of this could have direct effects on European stability. “The Mediterranean food crisis can turn into a social one, which can generate political tensions, which may cause humanitarian crises, which can be wielded by cynical actors to create pressure.”

The region’s importance for the EU makes it reflexively important for the US, too. That, along with China’s growing presence, should be reason enough for Washington to consider increasing its focus on the area. Mr. Wechsler, too, voiced his belief that there is “an opportunity for the US to influence the situation in the Middle East.” He also noted that President Biden’s upcoming visit to Riyadh, which is supposed to mend strained ties, is a sure step in the right direction.

Otto Lanzavecchia is a journalist at Formiche.net

Crisis Management Democratic Transitions Economy & Business Elections International Organizations Middle East North Africa Political Reform Politics & Diplomacy
This website or its third-party tools use cookies, which are necessary for its functioning and required to achieve the purposes illustrated in the cookie policy. You accept the use of cookies as per our Cookie Policy and Privacy Policy by closing or dismissing this notice, by scrolling this page, by clicking a link or button or by continuing to browse otherwise.Ok