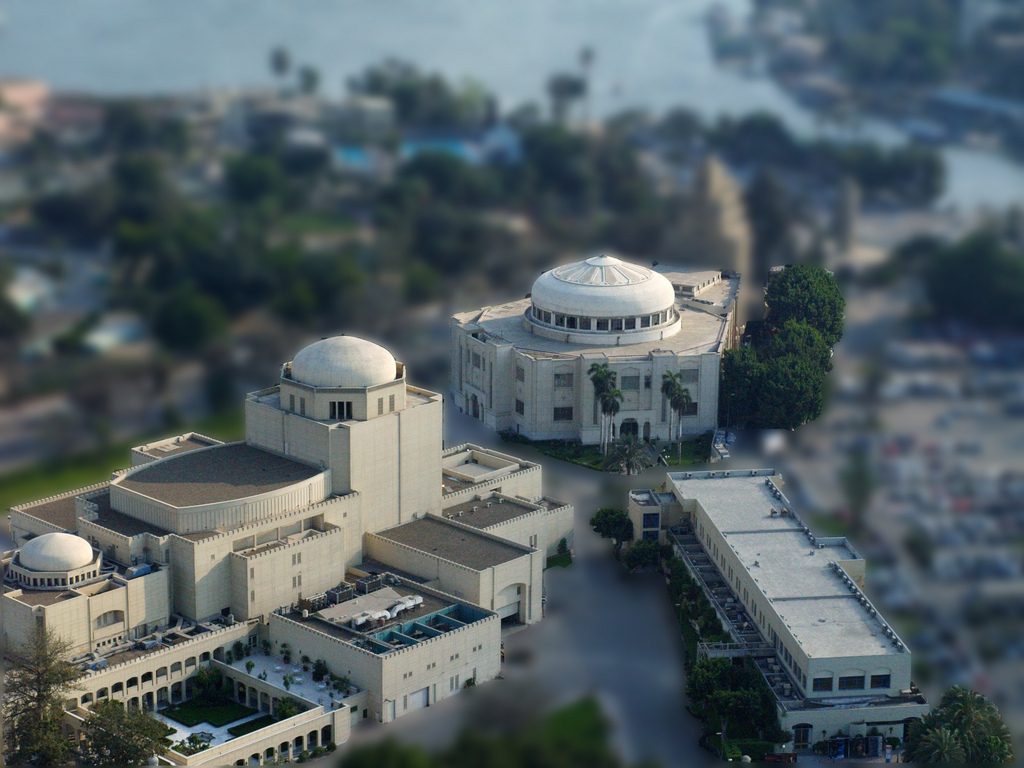 “The intellectuals have entered the chicken coop.” Former Minister of Culture Farouk Hosny’s iconic words are a fitting description of his Ministry’s role under former President Mubarak, a position Hosny occupied for over 20 years.

Indeed, the government’s conception of the Ministry of Culture as a chicken coop for domestication was a dangerous doctrine used since its establishment under Gamal Abdel Nasser. At the time it was called the Ministry of Culture and National Guidance. In the sixties, the Egyptian state’s directives were geared towards the mobilization and nationalization of society, not just politically and economically, but in the arts, media, and culture; even recreation and entertainment fell under the state’s purview. As a result, the Ministry of Culture emerged as a colossal entity composed of dozens of administrative offices handling everything from the national circus to artistic performances, popular songs, folkloric dance, and even the cinema and music industries. All of this was a ludicrous method to get the masses behind the Nasserist project.

Under Sadat, this function receded as a result of a change in the government’s political compass. The Ministry of Culture and its offices were relieved of many of its previous duties. This was a means of opening up and making way for the surging Islamist tide in the seventies so that they could use the Ministry to counteract the work of the left and Nasserist political currents.

It was then decided, under Sadat, that the Ministry and its duties would be dissolved, but the assassination of the Egyptian President and the advent of the age of Hosni Mubarak put the regime in an imminent confrontation with Islamist movements. In the eighties and nineties it was not possible to win by way of violence and armed force alone, without a cultural media tool that facilitated the mobilization of society against what was known at the time as perfidious, reactionary and terrorist ideas. At this juncture, one story ended and another began.

An enmity between various Islamist groups and culture is an age-old song and dance, particularly where the Ministry of Culture is concerned. The most significant chapters in this battle appeared in the eighties and nineties when the Ministry of Culture’s budget was doubled to accommodate an increase in projects. The Ministry was resurrected for the sake of combating the specter of ‘terrorism’ with the lantern of ‘enlightenment.’

At that time, the Ministry refocused its attention on the leftists and moderate intellectuals it had kicked to the curb in the seventies. Specifically, the Ministry made attempts to attract them back to work as employees or advisers and join them in the war against terrorism and extremist thought.

With the waves of terrorist attacks in Egypt in the late nineties finally reigned in, the intellectuals became a burden on the Ministry’s shoulders, because many of those who participated in the battle did not fight only against religious despotism, but also against political despotism.

Farouk Hosny’s attempts in the early 2000s to attract many of Egypt’s cultural and artistic icons of the opposition failed. One of the most illustrative examples of this failed policy was author Sonallah Ibrahim’s rejection of the prize for the Arabic novel and the anti-regime diatribe he unleashed from the Cairo Opera House podium.

The Ministry not only failed to herd many of the intellectuals into their coop, but some of these intellectuals went on to form the first political front for change in Egypt as members of the movement Kifaya [‘Enough’, or the Egyptian Movement for Change]. The Ministry itself became incapable of competing with tiny civil society organizations like al-Mawred al-Thaqafi [literally the ‘Culture Resource’], Saqyet al-Sawy, or Townhouse Gallery. These organizations became strong competitors to the Ministry, putting on cultural and artistic activities in Cairo and Alexandria.

In addition to the above, the administrative body in the Ministry became redundant, much all other governmental bodies. As a result, the Ministry began to suffer from an excess of workers that consumed the majority of their budget. And then 25 January, 2011 revolution came.

In the period following Hosni Mubarak’s resignation from office, dozens of initiatives sprang up seeking to find ways to rebuild and develop the Ministry of Culture and free it from the power of governmental authority. Given the fact that the Ministry controls a whole network of offices and cultural centers throughout the country, even in the remote towns of Halaib and Shalatin in the South, a kind of agreement emerged among the Ministry’s most prominent employees, the intellectuals, and those working in the field of cultural production about the necessity to preserve the Ministry’s foundation. Most restructuring plans touched on liberating cultural work and handing over administrative responsibilities to civil society organizations, on the condition that the state would continue to support the initiatives. Civil society organizations, and not the various ministries, would take over the responsibility of organizing cultural festivals and activities, with the goal of bringing these activities out into the street, making the process more interactive with society, as opposed to depending on policies handed down from on high.

But the Supreme Council of the Armed Forces (SCAF) did not have the political will to decide on any of these plans. And when President Morsi came to power and the People’s Assembly was dissolved, all of these plans were put on hold.

President Morsi did not change the Minister of Culture after his election, nor has the Muslim Brotherhood (MB) proposed any vision for the future of cultural activity in Egypt, instead preferring to fight for the recognized legitimacy of what they call “Islamic literature.” The MB knows that opening the Ministry of Culture dossier is paramount to instigating another wave of attacks against them, which is the last thing they need right now.

In exchange, the current Minister of Culture – Mohamed Saber al-Arab – is allowed to keep control over the Ministry of Culture’s policies, as was the case under Mubarak; accordingly, he refuses any plans for restructuring and developing the Ministry.

As far as the MB is concerned, they don’t expect to gain much from the Ministry of Culture. After all, the Brotherhood have their own social and media networks through which they prefer to work and exercise their influence. It has become crystal clear over the first hundred days of President Morsi’s time in office that he is not interested in making the Ministry of Culture another chicken coop or using it as his propaganda mouthpiece. Instead, he prefers to keep it a storage closet, a depository of old knickknacks, or as a reminder of the age of the deep state.

Ahmed Naje, a writer and journalist, works as an editor in the literary weekly Akhbar al-Adab. He blogs at Wasa Khaialak