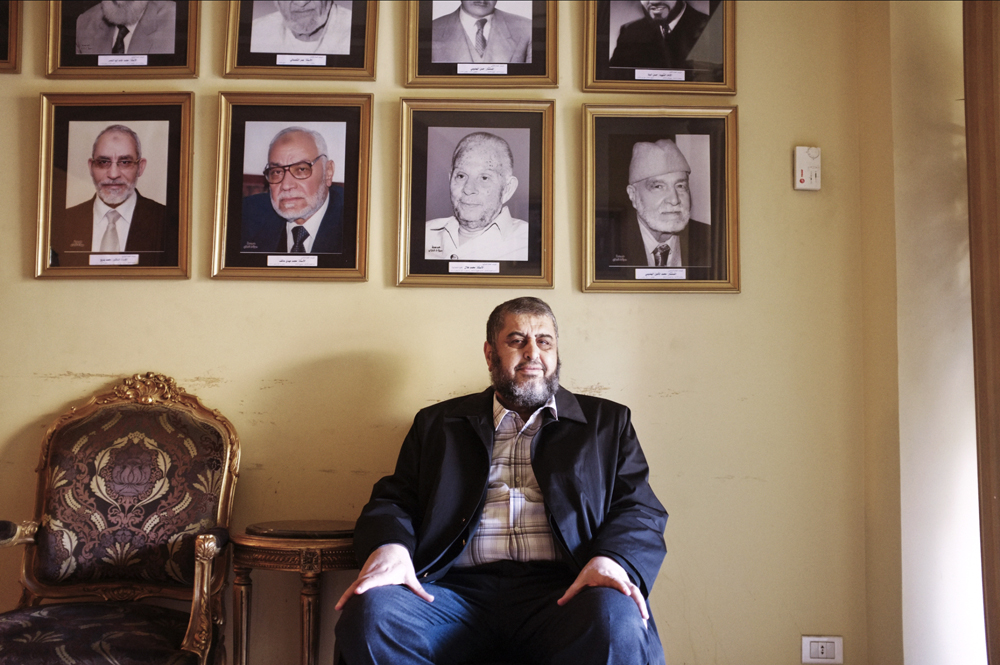 Despite the risks, the Brotherhood’s incredibly bold move putting forth Khairat al-Shater as the group’s presidential candidate in Egypt’s upcoming elections indicates a shift to a surprisingly aggressive strategy seemingly geared at dominating almost all the major political institutions in the transition. The Brotherhood’s tactic — reneging on its previous promise not to field a candidate — takes place against the backdrop of increased hostility between the group and the Supreme Council of the Armed Forces (SCAF) over Kamal Ganzouri’s embattled cabinet, intense negotiation efforts with other political forces over the makeup of the constituent assembly, and the controversial resumption of US aid to Egypt’s military. The addition of al-Shater to this already volatile dynamic puts the Muslim Brotherhood in a winner-take-all game that could result in either achieving complete government domination or facing total delegitimation.

The Muslim Brotherhood and its political wing, the Freedom and Justice Party (FJP), have tried to quell fears of a government takeover in a statement assuring the public that it does not seek power for personal gain. Citing the various crises with the executive branch, the constituent assembly, and failed attempts to court non-Brotherhood candidates, the group officially endorsed its own candidate “in order to uphold the homeland’s higher national interests, and to achieve the goals of the revolution.” Critics, however, have likened the group’s behavior to that of Mubarak’s dissolved National Democratic Party, claiming it is anything but democratic. Couple its politics with the highly hierarchical structure of the Muslim Brotherhood and its expulsion of members who do not follow the Guidance Bureau’s orders, the critics have a valid point. The Brotherhood undoubtedly knew that the backlash could threaten their credibility, so why take such a risky path?

The main reason for al-Shater’s candidacy lies in the lack of any presidential hopefuls whom the Brotherhood’s leadership feels it can control. Ever since the Port Said soccer riot, the group has loudly challenged the integrity of the SCAF-appointed Ganzouri government, calling for a vote of no-confidence to appoint a cabinet dictated by the FJP-dominated parliament. The SCAF in turn has indirectly threatened parliament’s legitimacy via the Constitutional Court. Given the context of its deteriorating relationship with the SCAF and the lack of an apparent consensus candidate, the Brotherhood needs a president it can rely on to support the group in the ongoing confrontations with the military.

Additionally, the Islamists’ total domination of the process in forming the constituent assembly speaks to the ongoing distrust and frustration between the FJP and the other political parties. The FJP’s backhanded alliance with the Salafi Nour party to push the assembly’s formation took place in record time last week with virtually no debate. The subsequent walkouts by various political forces – including women, liberals, al-Azhar, and church representatives – dealt a massive blow to the process and the Brotherhood by extension, threatening the legitimacy of any constitution drawn up by a predominantly Islamist group. The inability to rely on political allies outside of the Brotherhood umbrella may have contributed to push for al-Shater’s candidacy.

The Obama administration’s decision to invoke the national security clause to resume foreign financing to Egypt’s military despite concerns over the protection of basic rights and the ongoing politically motivated trial of foreign-funded NGO employees also signals Obama’s  reliance on the SCAF as the primary powerbroker for Egypt’s transition. Although the Obama administration’s reasons to continue military assistance stem from more considerations than simply backing Egypt’s generals, the Brotherhood no doubt feels threatened by the support. By securing the executive branch, the US and other foreign powers will have no choice but to take the group more seriously and force the power center to their favor.

The implications of al-Shater’s candidacy, however, have potentially farther reaching consequences. Revolutionaries have voiced concern over just how democratic an FJP dominated government can actually be given the nature of its decision making processes. Amr Moussa, currently in the highest standing among the Egyptian public according to recent polls, has slammed the decision claiming that if al-Shater is elected president the Supreme Guide will be the country’s real leader. The move further isolates the Brotherhood from other political forces with which it must collaborate to implement direly needed reforms and a consensus-driven constitution. The polarization could truly force the FJP to act like the Mubarak regime to get anything done, which could lead to more political instability in an already unstable transition.

The Muslim Brotherhood finds itself on the precipice of the power they had sought for decades, and which was never within reach until now. Although its members and its leadership may genuinely hope to change Egypt for the better, the means they choose to attain such power could, in fact, threaten the very ends they hope to achieve.