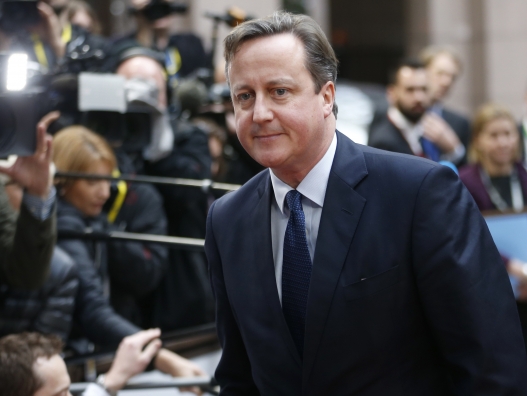 On December 17, British Prime Minister David Cameron released what he described as the ‘main findings’ of the internal review he commissioned into the Muslim Brotherhood more than a year ago. The release put an end to a long-running epic around the review – but in general, it signified a missed opportunity.

The Saga of the Process

The review has been shrouded in speculation and obfuscation from various quarters – and if nothing else, the release means that will end. There had been, for example, the suggestion that the review had been stipulated by Saudi Arabia, with little evidence provided for that assertion beyond conjecture in the media. Domestically, there was frustration from Cameron himself about the knowledge the UK had about the MB, and others in the Cabinet. From the Gulf, the main capital energized about the Brotherhood, even before King Salman’s ascension to the Saudi throne, was Abu Dhabi – not Riyadh.

Nevertheless, the choice of Sir John Jenkins, the then British ambassador to Saudi Arabia, to lead on the international aspects of the review, made for troubling optics indeed, even in 2014 when Saudi Arabia was not coming under as much scrutiny in the British press as it is now. The domestic portion of the review, which looked at Muslim Brotherhood networks in the UK, was led by then Director of the Office for Security and Counter-Terrorism at the Home Office, Charles Farr. The fact that Jenkins was, until his retirement from the Foreign Office, one of the Foreign Office’s most renowned experts on the Arab world was often lost against those optics.

Jenkins and Farr completed the review on time – by the end of July 2014, a few months after Cameron ordered it in April. It was a hefty document, but it was never going to be released, owing to the fact it contained highly confidential material. Nevertheless, the British government confirmed that at least the ‘main conclusions’ would be released – and so began the saga.

From August 2014 until Thursday this week, various newspapers carried leaks that sought to ‘represent’ the findings of the review. At one point, supporters of the Brotherhood claimed a sense of victory, as it was revealed the government’s review would not claim it was a terrorist group. But there were many other dubious labels that would be eventually attached to the group.

Carrying out a review in the first place was in order – the Muslim Brotherhood is an important organization to understand, given its wide-ranging links, particularly post 2011. Governments carry out such ‘reviews’ all the time – for internal consumption. Announcing the review in such a public fashion, as the Prime Minister’s spokesperson did in Downing Street, however, provided little benefit – except, perhaps, to provide succor to critics of the group in the Arab world, as well as domestic opponents to the Brotherhood. Once that was done, it would have made sense to minimize difficulties by simply releasing a statement confirming the completion of the review, and that it would be studied for policy ramifications. Instead, the speculation continued, because of the public announcement. Over the course of the following year, the review was almost released several times – and each time it was pulled, more conjecture ensued.

The review itself was tightly controlled as well – officials in other Western countries and establishments asked to see the review, and failed. Nor were there many within Whitehall itself who had access to the full review, nor the final statement in advance of its delivery – it was extraordinarily sensitive.

In the end, the review’s process and the logistics around the summary statement release could have been carried out with more success. As for the content, its critical parts can be summed up in three points:

1. Not a terrorist group

The UK government is not going to be banning the group as a terrorist organization. Any proscription would lead to a legal challenge from the group’s lawyers in London, and the government is unlikely to take the chance of losing that challenge. There was a suggestion in the final release that the door remained open to considering that in the future – but it is unlikely that is going to be acted upon, unless there is significant change within the Brotherhood organization.

Without this review even being issued, there were existing concerns around funding streams, and calls for greater transparency about the financial backing of groups in the UK that are influenced by the Brotherhood, or linked to it – that is all likely to continue, and perhaps intensify. In that regard, not much change to the existing policy is expected. Who is funding these groups – what links to they have overseas – and so forth. This may eventually become connected to concerns around Saudi funding of ultra-conservative forces in the UK as well, even though the discussions ought to be entirely separate.

At the same time, the group has clearly been described as problematic, to say the least – the precise phrasing was “membership of, association with, or influence by the Muslim Brotherhood should be considered as a possible indicator of extremism.” Unsurprisingly, both the Arab media and Western press latched onto that particular phrase – and it will undoubtedly be repeated many times in the future. Considering the political ramifications of being described as an Islamist extremist group, against the backdrop of an increased fear around groups like ISIS/ISIL and others, that is no small issue for the Brotherhood to contend with, if only in terms of its reputational management and brand in Europe and the wider west.

No Banning, but Branding of the Brotherhood: Scrutiny & Stigmatization

The key policy repercussion emanating from the review is probably precisely that – branding. The Brotherhood is not an illegal organization that is to be banned in the UK – but it won’t be considered as generally positive company either. There was, however, a bit of nuance in the description of the group more generally speaking. It was noted, for example, that the Brotherhood inspired Tunisian group Ennahdha had played a ‘positive role as part of an emerging democratic process.’

The review also noted that there was ‘a complex and situational relationship’ between the Muslim Brotherhood and violence, rather than stipulating it was a violent group per se. Moreover, it was noted that this was taking place in “a region where political violence was and is common,” and thus, one might presume, this made the Brotherhood less unique in that regard. But, despite that, it was the Brotherhood that was chosen for a public review – not other groups, nor state forces that have carried acts of repression in the region.

Nor did the release indicate the context in which such political violence from the Brotherhood might have taken place. The UK government may be internally aware of the political conditions where the Brotherhood is active – be it in the Palestinian territories, which suffer from a military occupation by Israel, or in Egypt, where the rights record of Cairo is well documented by a variety of international and Egyptian human rights groups. But a public release would have benefited a description of the political conditions surrounding the Brotherhood to better understand the context in which they respond.

Overall, the release stigmatizes the group, but goes beyond that. Again, there is no ban of any Brotherhood affiliate or influenced organization – but the association of the group and extremism is clearly established in the release. More than that – a number of British Muslim lobby groups are specifically named as being influenced by the Brotherhood. The linking of those organizations with a group associated with ‘extremism’, against the backdrop of the ISIS threat, will undoubtedly have a negative impact on their activities in the UK – greater contextualization of those groups would have been advised.

The main findings of a hefty report are now released into seven pages. In all likelihood, the release will upset all who had a stake in the review, and please no-one. Indeed, it is positive that Whitehall, and Western policy institutions more generally, take a deeper, more informed view as to the ideological background and workings of the Brotherhood, the mainstream movement of political Islamism. The temptations by many in Western policy circles and media establishments to see the group as fundamentally a terrorist organization on the one hand, or a pluralistic, moderate and democratic group on the other, are both simplistic and not particularly useful.

This release, however, does not push Western policy discussions further into a fundamentally more informed position – it is more the product of a political imperative to be seen as more aggressively against ‘extremism.’ At a time when all Western governments, as well as those in the Arab world, are grappling with the subjects of Islamism, ISIS, and extremism, we need more constructive and deeper engagements, not less. That could have been the outcome of the Jenkins-Farr review – but that does not look likely.