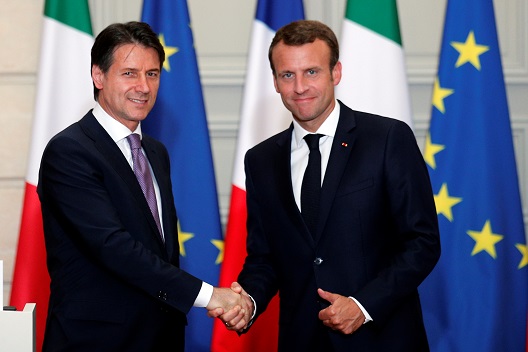 The approaching conference on Libyan stabilization hosted by Italy—which will be held on November 12 and 13 in Palermo—will bring together the main Libyan leaders, with the purpose of defining their respective negotiation platforms in advance. Italy must not only navigate the components of Libya’s heterogeneous and conflicting political landscape, but also host the most relevant regional and global actors.

The Presence of All the Actors Is Necessary

In addition to the president of the Presidential Council of the UN-backed Government of National Accord (GNA), Fayez al-Sarraj, and the strongman of the east, General Khalifa Haftar, Italy must ensure the presence of high level representatives from Russia, the United States, Egypt, and main actors of the European Union: France and Italy. An effort that is certainly not easy in the context of current international relations, especially as a result of the mutual distrust between the US and Russia, as well as Italy’s latent conflict of interests with France.

The issue of security in Libya and the Palermo conference, was the subject of talks between Italian Prime Minister Giuseppe Conte and Russian President Vladimir Putin during the state visit to Russia on October 23 and 24. Italy obtained a general reassurance regarding the level of Russian participation at the event.

Russian support is of crucial importance for Italy to help soften the rigid positions of Egypt and the United Arab Emirates, in favour of participating with political counterparts of Cyrenaica—largely supporters of Haftar—, and to limit the ability of French alternatives and acquire a prominent position in the Libyan crisis.

It was at the end of the state visit to Russia that the Italian government tried to speed up the agenda with its Libyan counterparts, inviting them to Rome to define the preliminary framework for the negotiations. The first to reach Italy, on October 26th, was the head of the UN-backed GNA in Tripoli, Fayez al-Sarraj, who met Conte and, later, the special representative of the UN to Libya, Ghassan Salamé. The position of Sarraj aligned with that of Italy and the United Nations: reaffirming the need to identify a path of national reconciliation, disarmament of the militias, and pledging to support the Italian proposal for the establishment of a platform of dialogue before planning for national political elections.

The first is the perception of a changing Italian position, more conciliatory with the counterparts of Cyrenaica, and less willing to unilaterally support the Tripolitanian power holders; including the UN-backed government established in early 2016. The second is the perception of his role as an “indispensable actor” in Libyan politics, strengthened even more by Italy and France’s changed perspectives, which has given him an international stage and indirectly a form of political legitimacy. Haftar interprets this change as a weakness, and therefore as an opportunity for him to consolidation his position. The third reason is growing international pressure for a solution to the Libyan crisis. Haftar’s closest political allies—such as Russia—have always expressed their support for him, but who do not intend to support the political cost of an indeterminate and potentially worse crisis than the already complex current situation; hence why he may be seeking out new allies.

The president of the Parliament in the east that supports Haftar, Aguila Saleh, and the president of the Libyan High Council of State that sides with the government in Tripoli, Khaled al Mishri, also guaranteed their attendance at the Palermo talks, thus completing representation from Libyan institutions and most of the main political forces.

So far, the most difficult partner to attract at the Palermo summit remains the United States. Until a few weeks ago, the Italian government presented the US as completely aligned with its position. Following the Italian state visit to Russia, however, the US appears to be far more cautious about its participation and there are hints this could downgrade the level of the delegation that attends. Italy hopes to receive a confirmation of both Russian Prime Minister Medvedev’s participation and US Secretary of State Mike Pompeo. Together, the presence of the two powers would seal the Italians’ success.

The Libyan Narrative Has Changed and the Maneuvering Spaces Are Cramped

Above all, Italy strongly desires a conference focused on the stability of Libya to contain the French attempt to promote the path of general elections—initially proposed for December 10, 2018 in a conference promoted by French President Emmanuel Macron; from which Italy had been deliberately excluded. The Italian government interpreted this move as a new attempt by France to resume political action in Libya to the detriment of Italy and its economic interests. Italy reacted by declaring itself against any electoral process in the absence of a preliminary negotiation between the different components of Libya’s fragmented political arena.

What France and Italy are struggling to understand, however, is how much the Libyan political narrative is changing, both in Tripolitania and in Cyrenaica. The first years of post-Qaddafi conflict were characterized by a polarization of interests on the two areas of Tripoli and Benghazi. The local narrative of the conflict centered on the conflict between revolutionary and reactionary forces. Later on, it shifted to the fall of Qaddafi versus those who instead called for the restoration of a central and authoritarian government. The narrative that Egypt and the United Arab Emirates have promoted—a clash between secular and Islamist forces—is well received by a large part of Western countries. It distracts from the growing rift between France and Italy in Libya which also impacts ground forces. The deepening of French ties to Benghazi and Italian ties to Tripoli is also beginning to run against local Libyan interests. If a united Libya is the end goal, these parallel paths are not helping.

The persistence of instability and violence perpetrated by militias and organized crime, however, have progressively fostered a transformation of the original—and authentic—narrative. More interference is expected from Italy, France, Egypt, and the UAE as foreign actors continuing to meddle in Libya’s internal affairs; ultimately preventing its pacification and stabilization.

This new reality is therefore the main obstacle to the success of the upcoming Palermo conference, where many of the Libyan delegations have decided to participate. They are participating not in terms of recognition of Italy’s role and commitment but due to the promise of UN funding. Collectively, they are using Palermo as international venue to reinforce the ambitions of respective sides—both of which are potentially dangerous for the success of the event.

It is no secret that local Libyan political actors are interested in funding promised by the United Nations and bound to the stabilization process—of which the Palermo conference is part. It is perceived by locals in Libya that the opening up of Italy’s approach to various political actors is a weakness of the Italian position. It is seen as a desperate move rather than an ability to satisfy both sides.

Nicola Pedde is the director of the Institute for Global Studies in Rome, Italy.