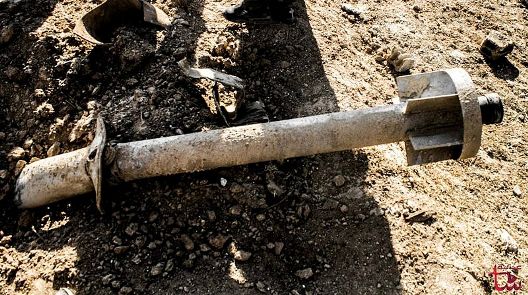 “Government forces continued to rely on heavy and often indiscriminate firepower to target areas they were unwilling or unable to recapture through ground operations. A variety of fire assets, including missiles, jet fighters and artillery, were systematically employed against restive localities to prevent a return to normality under armed group control and to sanction the local population.” — Report of the independent international commission of inquiry on the Syrian Arab Republic to the United Nations Human Rights Council, August 16, 2013

The above passage is paragraph 26 of an independent, non-partisan, and objective fact-finding report completed just five days before the Syrian regime’s chemical atrocity in the suburbs of Damascus on August 21. It is as damning a document as exists anywhere on the situation there. And yet its release stimulated a flood of misleading headlines, based entirely on the report’s summary, to the effect that the regime and the Syrian opposition were equally guilty of war crimes and crimes against humanity—the latest in a long line of information-warfare victories for the regime of Bashar al-Assad.

Indeed, the commission charged with investigating the human rights situation in Syria did cite war crimes committed by a handful of jihadist bands and brigands working in tandem with the Assad regime to reduce Syria to a sectarian free-for-all. Yet the bulk of the report came down with particular vehemence on the Assad regime.

Noting that “Most civilian deaths result from indiscriminate or disproportionate shelling,” the commission was blunt in its indictment: Government and pro-government forces “have laid siege to neighborhoods and subjected them to indiscriminate shelling. Government forces have committed gross violations of human rights and the war crimes of torture, hostage-taking, murder, execution without due process, rape, attacking protected objects and pillage.”

Asked about the Assad regime’s resumption of shelling and bombing—resulting, the reporter said, in “more than a thousand people killed just over the past week”—White House Press Secretary Jay Carney had the following to say: “The issue of the use of chemical weapons in violation of the international prohibition has always been distinct from the underlying civil war—civil conflict in Syria. And the threat of force that the president issued was in response to Assad’s use of chemical weapons against civilians on a large scale.”

It is true that the slaughter of Syrian civilians through conventional munitions delivered by artillery, aircraft, rockets, and missiles did not engage the interest of President Barack Obama in a military response, even one of a humanitarian nature that would offer a degree of relief to U.S. allies and friends bearing the burdens of refugee flows. It is likewise true that small scale regime chemical use did not stimulate the president’s interest in punitive missile strikes. Carney misled no one on this score: a military response to the crossing of a red line is as much a matter of scope as content.

Where Carney may have been misled by the reporter’s question, or where he may have led his questioners astray, was with the phrase “underlying civil war—civil conflict in Syria.” The deaths referred to in the question were not produced by battles between combatants. They were caused by massed fires brought to bear by the Assad regime on populated areas it is, to quote the aforementioned report to the UN, “unwilling or unable to recapture through ground operations.”

This deliberate targeting of civilians is neither civil war nor civil conflict. It is murder. It is terror on a mass scale. It is children being torn to shreds by mortar rounds, artillery shells, cluster bombs, thermobaric bombs, barrel bombs, and even Scud missiles. It is civilians—seven million of them to date—driven from their homes, two million across international boundaries. It is a human toll whose implications for survivors—the maimed, traumatized, terrorized, homeless, and parentless—will be measured for generations to come. For over 100,000 human beings it has been an end to life on this earth.

We may as well accept the reality that none of this will ever produce a Srebrenica moment for the current president of the United States; it will never be bad enough in his eyes to justify U.S. military assaults on the artillery, aircraft, rocket, and missile instruments of regime murder and mayhem. Yet one thing is clear: As long as it goes on, Obama’s promised land of a Geneva conference producing a negotiated national unity outcome for Syria is a mirage. Fighting and talking is one thing. Negotiating while one’s constituents are being massacred is something else entirely.

For the U.S. and Russia to discuss a peace conference now solely in terms of a date, an agenda, and attendees is to waste time and avoid the obvious. The entirety of their conversation should focus on ending the civilian-centered slaughter and obliging the Assad regime to implement the de-escalatory steps Kofi Annan urged him to take ages ago. Why select a room in the Palais des Nations when an ongoing terror campaign would strip any opposition attendee of credibility and legitimacy? That may be Russia’s goal, but surely it cannot be America’s.

Unless this longstanding atrocity stops there can be no Geneva. Until it stops Syrians will die, their neighbors will absorb a human tsunami, and the United States will wait for something chemical-related before re-agonizing over the pros and cons of wrecking Assad’s killing machine. Yet unless the mass terror stops, Obama will never see the political path and diplomatic solution he so earnestly desires.

Frederic C. Hof is a senior fellow with the Atlantic Council’s Rafik Hariri Center for the Middle East.
This article originally appeared in the The New Republic, Septemeber 18, 2013.