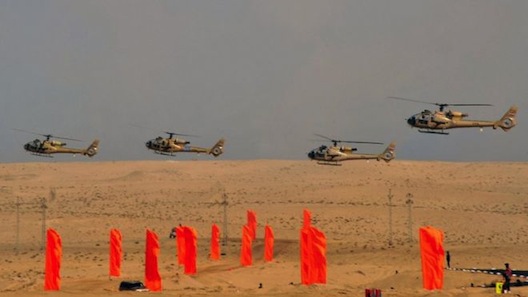 It all depends on whether Sisi will run…If he does, he will have priority … and I will be one of his strongest backers,” Ahmed Shafiq | Ahram Online

Egypt After the Clampdown | Sarah Carr, The Nation

“Sinai aside (Sinai is always aside), calm has mostly returned to Egypt, interrupted now not by mass demonstrations but by bomb attacks on ministers and despair that this presages a return to the dark old days of 1990s terrorism.”

“Life in Egypt has mostly shrunk, politically, geographically, socially.…The invisible walls of the curfew are a variant on the physical walls the army has always been so fond of building.”

“A principal reason Egypt is in its current political mess is that successive regimes—like regimes of poor governance everywhere—have equated shutting down the physicality of dissent with addressing this dissent.”

“…The general public has once again accepted, so uncritically, exactly the tactics that it took to the streets to oppose on that dreamy day of January 25, 2011, so long ago.”

Following the mass attacks on churches and Christian property across Egypt and following the surge of media coverage that sought to report it, a quiet has settled behind the doors of many Christians in Egypt. Kristen Chick, writes of the fear many Christians live with in parts of Minya and other less urban areas of Egypt.

“When a wave of attacks on churches and Christian properties swept across Egypt last month, this city was hit the worst. Minya’s streets are now lined with burned-out hulks. Church interiors have been reduced to ash. The once-cheerful turquoise exterior of a Christian orphanage is now streaked black from the fire that gutted it.”

“For some Christians, the trouble didn’t stop when the flames died down. A few days after their church was torched, a neighbor relayed an anonymous threat to Said Botros Attallah and his wife Sahar Atteya Saadallah: Pay 500 Egyptian pounds, or their house would be burned down – with them inside.”

“Many Christians in Minya say life grew more difficult after Islamists came to power in 2012, and they hope for an improvement now that the Army has deposed Islamist president Mohamed Morsi. But the lack of state response to the wave of attacks on Aug. 14 and the consistent failure to provide security in places like Delja, is a reminder that, Islamists in power or not, Egypt has a history of failing to secure and protect Christians or bring their attackers to justice, a failure that continues today.”

“Every boy, girl, mother and father is living in terror,” he [Samir Lamei Sakr] says. “And not only the Christians are living in fear, but the moderate Muslims are also. Terrorism and thuggery are the only laws now.”

Video of the Week
Rags and Tatters | Ahmad Abdalla

Egyptian director Ahmad Abdalla’s film tells the tale of “a nameless fugitive desperately seeks warmth and shelter in the outer regions of Cairo.” Variety Magazine describes the film as “a nihilistic look at the poorest strata of Egyptian society in the throes of the 2011 Revolution, offering a sobering counterpoint to the inevitable air of triumphalism that first held sway following Hosni Mubarak’s fall.”

This Day in History

Taking place as part of the Western Desert Campaign in World War II, Italian forces invaded Egypt from Libya on September 13, 1940. Benito Mussolini had been sending troops to Libya for five years, enjoying a strong presence in North Africa. With a goal of regaining the countries and land of the Roman Empire, Egypt was key in this goal.

“As the Blitz commenced, and the land invasion of Britain by Germany was “imminent” (or so the Duce thought), Mussolini believed the British troops in Egypt were particularly vulnerable, and so announced to his generals his plans to make his move into Egypt.”

The campaign overall fell short of its original goal, originally aimed at reaching and seizing the Suez Canal, reaching only 65 kilometers into Egypt.

Translation: [Protestor in the back chanting “Morsi, my president.”] Person to friend: “Morsi, Morsi. I heard this name before…but I just don’t remember where.” (Source: AMAY )